Islam in the United States: Issues of Race and Diversity

Islam in the United States: Issues of Race and Diversity 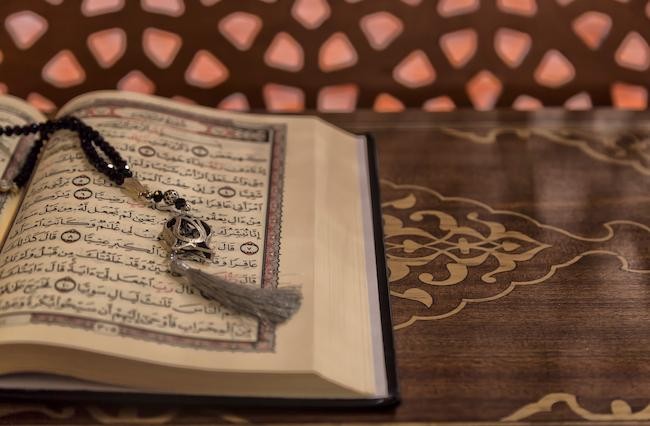 Please note: on March 1st, attendees who registered for the webinar must be logged into their Zoom account (which is free) prior to clicking on the webinar link.

The first significant wave of Muslims to America occurred as slaves were brought from Africa in the 17th and 18th centuries. As many as 10 to 50 percent of the ten million Africans forcibly brought during those centuries are thought to have been Muslim. Post slavery, there have been several significant waves of Muslim immigration to the U.S., and the current (2020) Muslim population is estimated to be 3.85 million according to the Pew Research Center.

As has been widely reported, there is significant anti-Muslim sentiment in the United States, especially since 9/11. While attitudes have become somewhat more positive in recent years, the Pew Research Center continues to find that Americans are more likely to view Muslims negatively than any other religious tradition and that half of Americans believe Islam is not a part of mainstream American society.

This webinar will take as its starting point panelist Sahar Aziz's recently published book, The Racial Muslim: When Racism Quashes Religious Freedom (University of California, 2021). In light of her research, the conversation will explore reasons behind anti-Muslim discrimination in the U.S. and will further investigate distinctive forms of discrimination within the American Muslim community. The webinar seeks to illuminate the elements of our religio-socio-politico environment that contribute to discrimination both from without and within American Muslim communities today. 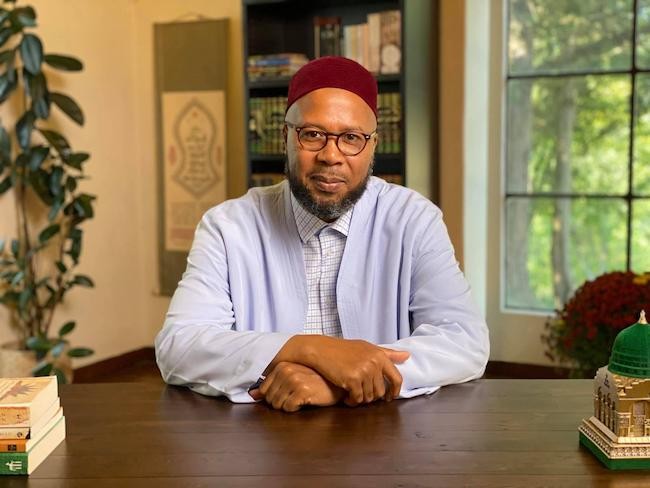 Dr. Abdullah bin Hamid Ali is associate professor of Islamic Law and Prophetic Tradition at Zaytuna College (Berkeley, CA). He holds a Ph.D. in Cultural and Historical Studies in Religion (2016) and an M.A. in Ethics and Social Theory (2012) from the Graduate Theological Union. He obtained his B.A. (ijaza ‘ulya) in Islamic Law (Shariah) from the prestigious Al-Qarawiyin University of Fes, Morocco in 2001. He served as full time Islamic chaplain at the State Correctional Institute of Chester, PA from 2002-2007, and is the founding director of the Lamppost Education Initiative. His research interests include the interconnection between law and identity formation, comparative Islamic law, and Islam’s role in the modern world. 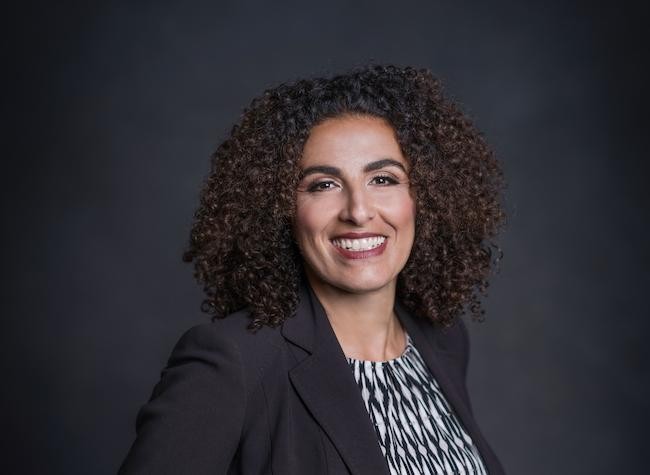 Sahar Aziz is professor of law, Middle East Legal Studies Scholar, and Chancellor’s Social justice Scholar at Rutgers University Law School. Aziz’s scholarship examines the intersection of national security, race, religion, and civil rights with a focus on the adverse impact of national security laws and policies on racial, religious, and ethnic minorities. She is the author of the book The Racial Muslim: When Racism Quashes Religious Freedom and the founding director of the Center for Security, Race and Rights. Aziz was a visiting professor at Princeton University in the Department of Politics and School of Public and International Affairs. She was also a visiting scholar at Columbia University Center for Gender and Sexuality Law.

Prior to joining legal academia, Aziz served as a Senior Policy Advisor for the Office for Civil Rights and Civil Liberties at the U.S. Department of Homeland Security where she worked on law and policy at the intersection of national security and civil liberties. Aziz began her legal career as a litigation associate for WilmerHale after which she was an associate at Cohen Milstein Sellers and Toll PLLP in Washington, D.C. where she litigated Title VII class actions on behalf of plaintiffs.

Aziz earned a J.D. and M.A. in Middle East Studies from the University of Texas where she served as an associate editor of the Texas Law Review. Aziz clerked for the Honorable Andre M. Davis on the U.S. District Court for the District of Maryland. 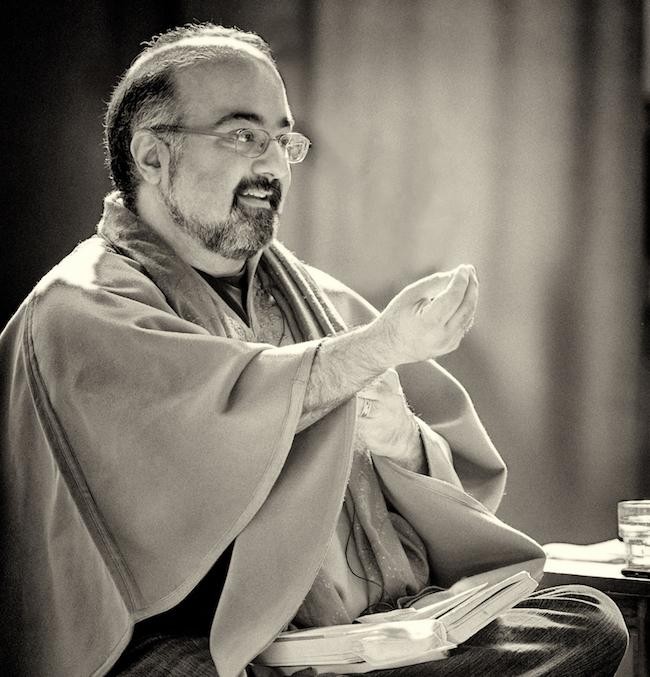 Omid Safi is a professor of Sufism and contemporary Islam at Duke University. His most recent book is Radical Love: Teachings from the Islamic Mystical Tradition, which was published by Yale University Press. He has two forthcoming books on Rumi and Kharaqani. Omid leads spiritually oriented tours to Turkey and Morocco through Illuminated Tours, and teaches courses online on subjects ranging from Rumi and Sufism through Illuminated Courses.

On January 11, the Council on American-Islamic Relations (CAIR), the nation’s largest Muslim civil rights and advocacy organization, released a new Islamophobia report titled “Islamophobia in the Mainstream,” listing 35 charitable institutions and foundations that funneled almost $106 million to 26 anti-Muslim groups between 2017-2019. Click here to read the report.

__________. “Beyond Racism: The Challenge of Turning the Islamic Ideal Into Reality.” Renovatio, The Journal of Zaytuna College (December 7, 2017). https://renovatio.zaytuna.edu/article/beyond-racism.

On March 1st, the Boisi Center hosted a webinar conversation between Abdullah bin Hamid Ali of Zaytuna College, Sahar Aziz of Rutgers University, and Omid Safi of Duke University, on the topic of “Islam in the United States: Issues of Race and Diversity” and centered around Aziz’s recently published book, The Racial Muslim: When Racism Quashes Religious Freedom. The conversation was moderated by Ann McClenahan, a volunteer assistant to the director at the Boisi Center.

Aziz began the conversation by explaining the genesis and structure of her book. The idea of American treatment of Islam as a race was inspired by the 2011 NYPD campaign of mass surveillance against Muslims, which, it was argued, could be considered a violation of Title VI of the Civil Rights Act of 1964 by targeting specific religious communities (a form of “discrimination”) as a program that receives Federal funds. To make that case, however, Islam had to be understood and treated as a race, more than just a religion. While the exploration of this alleged violation was restricted because of the confidential nature of national security matters, at the very least, Aziz argued, the U.S. value of religious freedom seems, in light of this, to stop at the mosque’s or masjid’s door.

Ali responded to Aziz’s book, noting that the book seems truer for the pre-Trump era in America as it does not adequately address changes in racial and religious tensions in recent years. He also noted that Aziz implies that the racialization of Muslims effectively began—or at least substantially increased—after 9/11, but there was significant historical racialization of Muslims before the 21st century. Aziz responded by suggesting the use of critical race theory as a foundation for bringing about a new perspective on the racialization of Muslims, particularly focusing in on intersectionality, but Ali found this suggestion potentially divisive and questioned if religious teachings might be a more effective framework.

Safi noted that he found the strengths of Aziz’s argument in her exploration of the legal histories as well as her focus on the experiences of the Arab Muslim community. He expressed a desire to see conceptions of the ‘Arab’ and the ‘Muslim’ disentangled in the text, since a majority of the worldwide Muslim community is not from the Middle East. And he showed a brief video of Malcolm X speaking, reminding the audience of one of the most notable—and notably non-Arab—American Muslims.

Aziz described the challenge of recognizing commonalities between African American Muslims and non-African American Muslims while also not ignoring the multitude of experiences that those communities do not share. She noted that African American Muslims are often racialized, or perceived, as Black instead of Muslim. Her book therefore attempts to focus on those who are perceived primarily as Muslim. And it is to this last point that Aziz also observed that she sees the turning point in which Islamophobia finally began to be considered a problem equal to racism in the Muslim travel ban under Trump.

Ali and Aziz concluded the conversation by discussing the challenges inherent in critical race theory. Safi added final thoughts on the concept of whiteness, as less of a phenotype than a problematic structure of power and the inverse of the conversation about blackness.