Being a Priest in the Public Square: The Experience from Down Under

Being a Priest in the Public Square: The Experience from Down Under

We live and work in societies where there is no philosophical agreement about the basis for, or the limits of, state power interfering with personal autonomy. We are members of faith communities and churches without any theological consensus about the relationship between human rights and human dignity. So how can we authentically and usefully contribute to the development of laws and public policies which enhance human flourishing, and perhaps even counsel a social striving for perfection? What can we learn from those in countries with diverse constitutional arrangements (such as the United States and Australia) about how best to resolve disputes about law and policy relating to contested moral questions? Fr. Brennan, who chaired the Australian National Human Rights Consultation in 2009, will reflect on his role in debates in Australia in relation to: whether a bill of rights is desirable; same sex marriage; physician assisted suicide; migration and asylum policy; and indigenous rights. 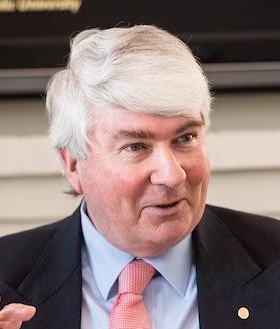 Frank Brennan, S.J., is the 2014-2015 Gasson Chair at the Boston College Law School, a professor of law at Australian Catholic University and adjunct professor at the ANU College of Law and National Centre for Indigenous Studies (NCIS). He was the founding director of Uniya, the Australian Jesuit Social Justice Centre, and is presently the advocate in residence for Catholic Health Australia, Catholic Social Services Australia and the St. Vincent de Paul Society. His books on Aboriginal issues include The Wik Debate, One Land One Nation, Sharing the Country and Land Rights Queensland Style. Brennan was awarded an Officer of the Order of Australia (AO) in 1995 for services to Aboriginal Australians, particularly as an advocate in the areas of law, social justice and reconciliation. In 1998, the National Trust classified him as a Living National Treasure during his involvement in the Wik debate. In 2009, he chaired the Australian National Human Rights Consultation Committee. He holds a B.A. from the University of Queensland, a B.Div from the Melbourne College of Divinity and a L.L.M. from the University of Melbourne. 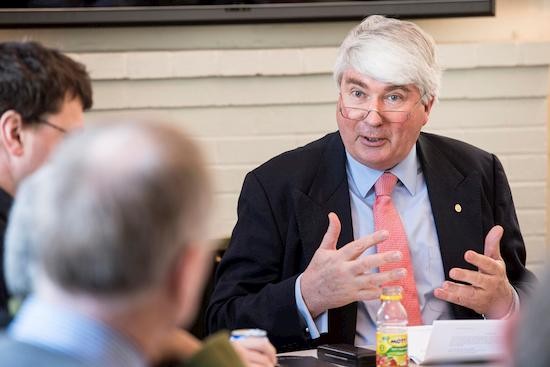 Frank Brennan, S.J. speaks about the role of the priest in the public square at the Boisi Center on February 25, 2015. 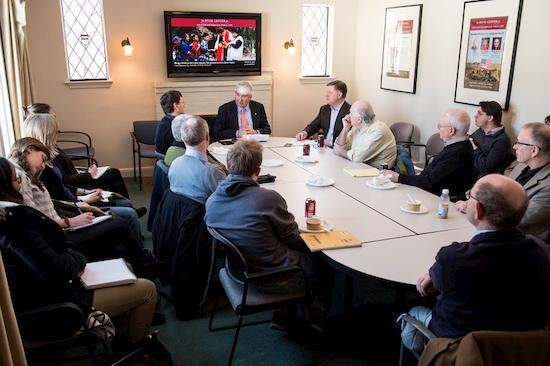 Frank Brennan, S.J., professor of law  at Australian Catholic University and  the 2014 - 2015 Gasson Chair at Boston College Law School, discussed his experience as a priest in the public square in Australia at a Boisi Center lunch on February 25. Brennan explained that the relationship between faith and justice is central to his vocation as a Jesuit.

He spoke about his work on behalf of indigenous persons and asylum seekers, explaining that his focus on these issues is rooted in a vision of the Church as a community that cares for those at the margins of society.

While visiting at Boston College this year, Brennan has been able to complete two books: No Small Change outlines a proposal for constitutional recognition of indigenous Australians; Amplifying that Still Small Voices lays out an agenda for the Church to transform itself.

Asked whether he feels pressure to represent the entire Church in his work on public issues, Brennan explained that because he is a priest and not a bishop, he is able to promote the tradition of the Church without presuming to speak for the Church as a whole. This allows him to speak from the heart rather than present an official Church position, as well as criticize the Church when he deems appropriate.

An audience member pointed out that Australia has many Jesuit-educated Catholics in elected positions. Nonetheless, Brennan explained, this does not mean that Australian policy is more sympathetic to those who are most needy. Across party lines in Australia, for example, there is general consensus that the flow of asylum-seekers needs to be stopped.

Brennan also noted that the Church has lost much credibility since the sex abuse scandals became public, and that the Church was not currently viewed in the public square as holding a moral high ground. Still, he expressed hope that the Catholic Church’s values-based tradition and work helping the needy will ultimately save its credibility. Even if the Church has not always lived up to its mission, Brennan believes that there is a public role to play for a strong faith-based commitment to justice.

Brennan, Frank. “Woman Priests in the Catholic Church-Can We at Least Talk About It?”  Pearls and Irritations. November 19, 2014.