Religious Freedom and the Common Good

Religious Freedom and the Common Good 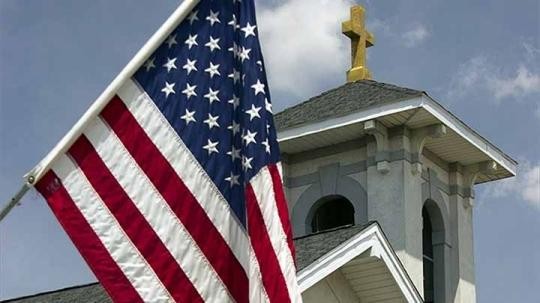 Melissa Rogers served as special assistant to the president and executive director of the White House Office of Faith-based and Neighborhood Partnerships during the Obama administration. A widely respected expert on church-state law, she is also known as a bridge-builder who has led several efforts to forge common ground among diverse religious and secular groups on key issues of public policy. In this lecture Rogers will reflect on her experience in the White House and suggest ways in which we can come together across our differences to honor religious freedom and advance the common good. 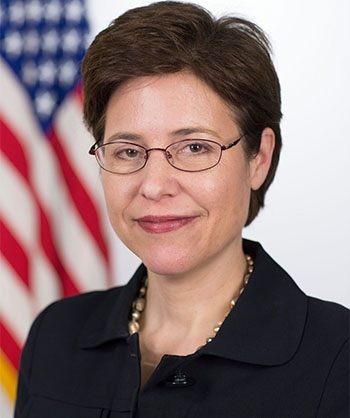 Melissa Rogers is a non-resident senior fellow in Governance Studies at the Brookings Institution. She served as Special Assistant to the President and Executive Director of the White House Office of Faith-based and Neighborhood Partnerships from 2013-2017. Rogers previously served as Director of the Center for Religion and Public Affairs at Wake Forest University Divinity School and as a nonresident Senior Fellow in the Governance Studies program of The Brookings Institution. Prior to her time with Wake Forest University and Brookings, Rogers was the Executive Director of the Pew Forum on Religion and Public Life and General Counsel of the Baptist Joint Committee for Religious Liberty. In 2008 Baylor University Press published a casebook co-authored by Rogers, Religious Freedom and the Supreme Court. In 2009 President Barack Obama appointed Rogers to serve as Chair of his inaugural Advisory Council on Faith-Based and Neighborhood Partnerships. In 2011 she was named to a subgroup of the State Department’s Religion and Foreign Policy Working Group. Rogers has testified before subcommittees of the U.S. Senate and House Judiciary Committees. She earned her law degree from the University of Pennsylvania Law School and graduated Phi Beta Kappa from Baylor University. This spring, she is also teaching a course in transformational leadership at Yale Divinity School. 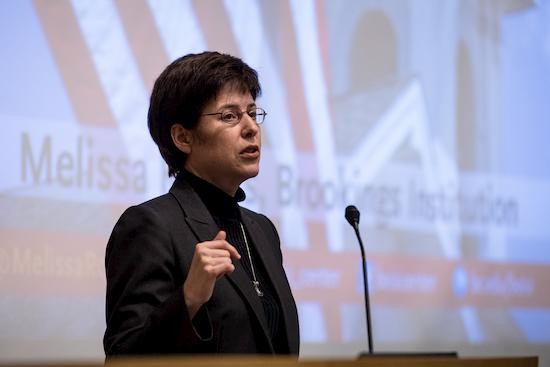 Melissa Rogers, senior fellow at the Brookings Institution and former special assistant to President Obama, spoke about religious freedom and the common good on February 23. 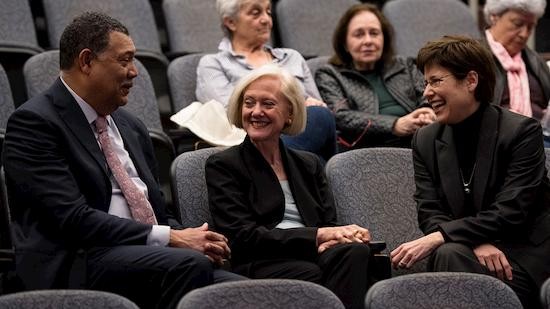 Before the event, Rogers spoke with Vincent Rougeau, dean of the BC Law School, and Lisa Sowle Cahill, J. Donald Monan Professor of Theology at BC. 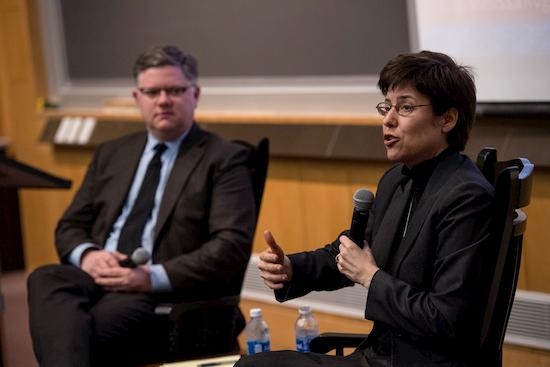 In a Q&A panel, Rogers fielded questions from Erik Owens and the audience. (Photos by MTS Photography)

On February 23, the Boisi Center hosted Melissa Rogers, a non-resident Senior Fellow at the Brookings Institution, for a lecture and discussion on the legal underpinnings of religious freedom and the advancement of the common good. At the time of her visit, Rogers was weeks removed from stepping down as Special Assistant to President Obama and Executive Director of the White House Office of Faith-based and Neighborhood Partnerships, roles she held from 2013-2017.

Before serving in the White House, Rogers was a widely respected church-state lawyer and served as director of the Center for Religion and Public Affairs at Wake Forest University Divinity School. She has led efforts to forge consensus among diverse religious and secular groups on numerous key public policy issues. Her areas of expertise include the First Amendment’s religion clauses, religion in American public life, and the interplay of religion, policy, and politics.

In her lecture, Rogers outlined the fundamental right to religious freedom enshrined in the United States, as well as the constitutional and legal provisions that guarantee them. The Establishment and Free Exercise clauses, which together read: “Congress shall make no law respecting an establishment of religion, or prohibiting the free exercise thereof,” were indispensable in granting and protecting the religious freedom and plurality that we have in the U.S. today, she noted.

Rogers drew on her extensive legal background to explain the constitutional principles and precedents that have shaped religious freedom in the U.S. Though the issue of church and state may evoke negative connotations for many people today, there is a significant amount of progress to be proud of and impressed with in our country, Rogers argued. She celebrated the degree to which religious freedom and plurality has flourished in the U.S. and commended our government’s protection of the non-religious and majority and minority faiths alike.

She also discussed the long history of faith-based stigmatization of people, an unfortunate reality that is still with us today. She included topical, relevant events such as the spike in anti-Semitic and anti-Muslim sentiment in the U.S., including the desecration of headstones in a Jewish cemetery that had occurred just days prior.

On President Trump’s (first) proposed immigration and refugee executive order, Rogers focused not on moral, social, or religious imperatives, but a constitutional argument. She cited Ilya Somin, who wrote in the Washington Post: “Despite a thin veneer of religious neutrality, the order does in fact target Muslims,” which places it at odds with the Establishment and Free Exercise clauses, Rogers explained.

Rogers reflected on her stories and experiences working in the White House throughout her talk. She spoke about the difficulty that policymakers, governmental agencies, and courts alike face in balancing the competing claims and interests from various religious and secular groups. She also stressed the importance of partnering with diverse organizations and including public officials with deep sensitivity and appreciation for religious freedom.Rogers concluded with a note that in addition to the three branches of the federal government, “we should never forget that citizens have an important role in protecting religious freedom.”

Questions from the audience covered the different language of Presidents Obama and Trump with regard to the common good; how to define the term “religious freedom;” the transition between administrations and its implications for her former positions; social ethics; religious tolerance; and the Religious Freedom Restoration Act.

Faith and the Trump White House