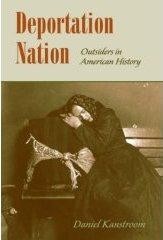 In his new book Deportation Nation, Kanstroom explains the deportation of non-citizens from the United States. The danger of deportation hangs over the head of virtually every non-citizen in the United States. In the complexities and inconsistencies of immigration law, one can find a reason to deport almost any non-citizen at almost any time. In recent years, the system has been used with unprecedented vigor against millions of deportees. We are a nation of immigrants- but which ones do we want, and what do we do with those that we don't? These questions have troubled American law and politics since colonial times. Deportation Nation is a chilling history of communal self-idealization and self-protection. The post-Revolutionary Alien and Sedition Laws, the Fugitive Slave laws, the Indian "removals," the Chinese Exclusion Act, the Palmer Raids, the internment of the Japanese Americans- all sought to remove those whose origins suggested they could never become "true" Americans. And for more than a century, millions of Mexicans have conveniently served as cheap labor, crossing a border that was not official until the early twentieth century and being sent back across it when they became a burden. By illuminating the shadowy corners of American history, Daniel Kanstroom shows that deportation has long been a legal tool to control immigrants' lives and is used with increasing crudeness in a globalized but xenophobic world.

Daniel Kanstroom is the Director of the Boston College Law School International Human Rights Program and Clinical Professor of Law. Professor Kanstroom has lectured on human rights and immigration law at many U.S. universities and community events, as well as at the University of Paris, the University of Kent (Canterbury), and the Monteverde Institute (Costa Rica). He has been a visiting professor at Université du Littoral Côte d’Opale (Boulogne sur Mer). He has published widely in the fields of U.S. immigration law, criminal law, and European citizenship and asylum law in such venues as the Harvard Law Review, the Yale Journal of International Law, the Georgetown Immigration Law Journal, and the French Gazette du Palais.

Professor Kanstroom is the founder and director of the Boston College Immigration and Asylum Clinic, in which students represent indigent non-citizens and asylum-seekers. He has extensive experience litigating immigration and asylum cases at every level of the U.S. legal system. Professor Kanstroom completed his B.A. at State University of New York at Binghamton, his J.D. at Northeastern University, and his LL.M. at Harvard University. 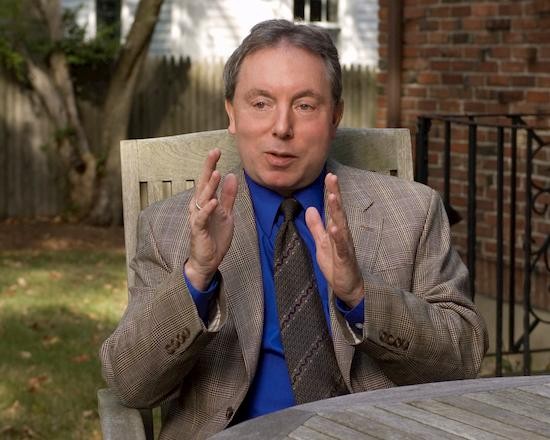 Daniel Kanstroom at the Boisi Center 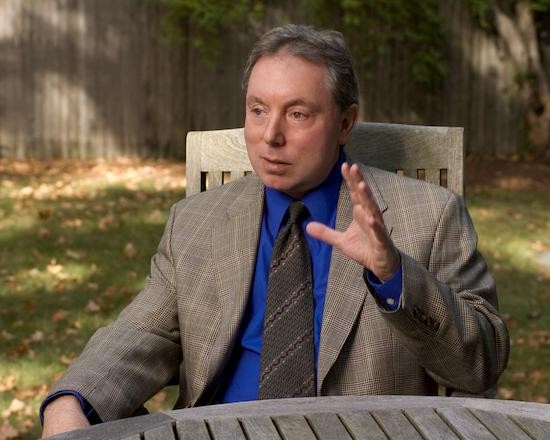 As the national debate on immigration reform continues into the presidential election year, the usual political arguments for widespread deportation of “illegal immigrants” lack a basic awareness of the American deportation policy, argued Boston College law professor Daniel Kanstroom at the Boisi Center’s October 17 lunch colloquium.  Kanstroom is the author of the recent book Deportation Nation: Outsiders in American History (Harvard, 2007), which chronicles the large, unnecessarily complicated and comparatively harsh system of laws, courts and enforcement mechanisms related to deportation. American deportation policy, he argued, challenges some of our most strongly held social values, including our self-image as a “nation of immigrants” and our faith in the rule of law.

The latter function—post-entry social control—is on the rise today as the government uses the threat (and reality) of deportation to punish or silence foreign-born dissidents inside the United States. This threat is intense in part because defendants in deportation cases lack basic civil liberties: they are not allowed lawyers or jury trials, and they can be punished retroactively (and deported) for laws that criminalized certain behavior well after the defendants undertook it. Kanstroom worried about what this deportation policy will do in the future—not only to immigration policy more broadly, but also to legal policy in general. A more sensible and honorable approach to deportation policy, he argued, would re-align it with immigration policy once again, rather than making deportation a form of social control.

Ultimately, Kanstroom argued, deportation should be placed under the rule of law.  It should be dealt with on a case by case basis, it should be more in tune with other forms of criminal law and it should not be retroactive.  It is the clear lack of balance between immigration and deportation policy, and more specifically between post-entry social control and extended border control, which Kanstroom addressed in his book and in his talk.