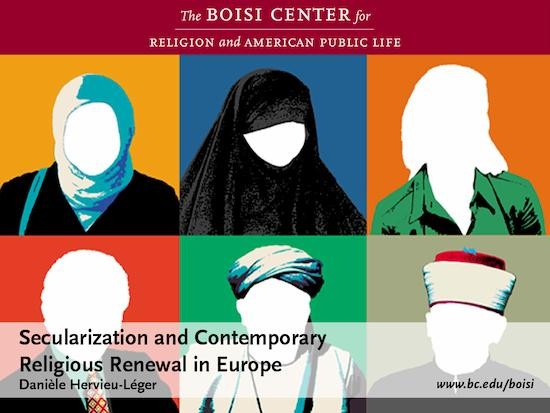 This program is organized by the Délégation générale de l’Alliance Francaise aux États-Unis, with the support of the Fondation Alliance Française.  It is co-sponsored at Boston College by the Boisi Center for Religion and American Public Life, the Clough Center for Constitutional Democracy, and the Department of Romance Languages and Literature.

Declining religious belief and changes in the relationships between church and state have dramatically altered the European religious landscape over the past two hundred years. On November 16 Danièle Hervieu-Léger, a renowned sociologist of religions at l’École des Hautes Études en Sciences Sociales (the premier French graduate school of social science), explored the process of secularization and religious renewal in Europe.

Danièle Hervieu-Léger is the director of studies at l’École des Hautes Études en Sciences Sociales, Paris. An eminent scholar of the sociology of religions, Hervieu-Léger has devoted a significant part of her research to the theoretical interpretation of religion’s modern manifestations, including secularization, individualization of belief, forms of religiosity and of communalization and institutional transformations. Hervieu-Léger has been awarded the decoration of Chevalier de la Légion d’Honneur (Knight of the Legion of Honor) for her academic achievement. Hervieu-Léger has published numerous articles and sixteen books that have been translated into several languages, including the following works in French, with a literal translation of each title provided: La religion en miettes ou la question des sectes (Religion’s Break-up, or the Question of Sects) (Calmann-Lévy, 2001), Sociologies et religion, Approches classiques (Sociologies and Religion, Classic Approaches) (University Press in France, 2001), and Catholicisme, La fin d'un monde (Catholicism, the End of a World) (Bayard, 2003), Religion as a Chain of Memory (Rutgers, 2000). 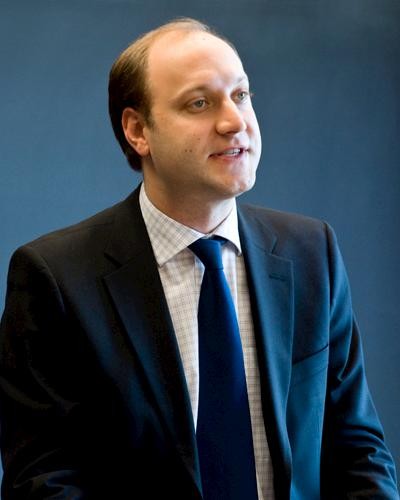 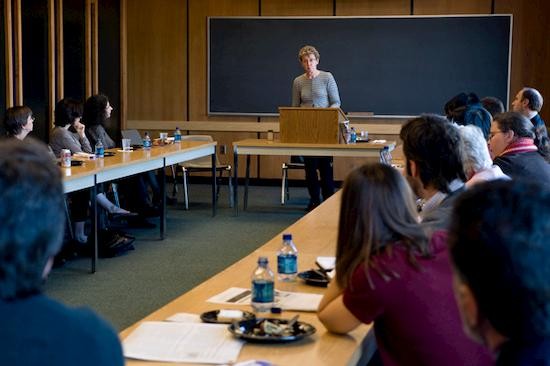 Declining religious belief and changes in the relationships between church and state have dramatically altered the European religious landscape over the past two hundred years. On November 16 Danièle Hervieu-Léger, a renowned sociologist of religions at l’École des Hautes Études en Sciences Sociales (the premier French graduate school of social science), explored the process of secularization and religious renewal in Europe.

Hervieu-Léger began her presentation with a brief historical overview of European secularization. The term, she explained, is originally a legal one that indicates emancipation from religious authority in the modern period. In the wake of the Enlightenment “secularization” denoted the weakening of the Church’s influence in the public sphere as well as the general loss of meaning of religion in a European society increasingly governed by scientific reasoning. Hervieu-Léger pointed to two main European models of secularization: On the one hand, an Anglo-Saxon model originating in the Reformation has stressed the development of pluralistic societies accomodating various religious traditions. On the other hand, the French process of laïcité has emphasized the creation of a society void of religion, and finds its roots in the French Revolution. According to Hervieu-Léger, both movements have seen the excision of religion from the public sphere as a basic condition for modernity.

Hervieu-Léger surveyed three popular understandings of the relationship between belief and modernity. The first ignores any connections between religion and scientific thought and has been widely regarded as problematic. A second understanding looks to religions as interruptions and disruptions in the modernization process. That is, religion fills the gaps science has not or cannot explain. A third model is a variation on the second, and views the religious self as a pilgrim trying to construct a religious identity, or a convert that chooses religion as an autonomous expression of the self.

Given the large influx of Muslim immigrants in Europe in recent decades, the relationship between society and religion can’t be ignored, said Hervieu-Léger. Indeed, it still forms part of European political and social institutions albeit implicitly. Recent incidents in Western Europe suggest a need for better integration and a more nuanced account of religion in the public sphere.

"Religion and Modernity in the French Context: For a New Approach to Secularization" by Danièle Hervieu-Léger.

"Secularization and Religious Modernity in Western Europe" by Danièle Hervieu-Léger in Religion, Mobilization, and Social Action.

"Individualism, the Validation of Faith, and the Social Nature of Religion in Modernity" by Danièle Hervieu-Léger in The Blackwell Companion to Sociology of Religion.