"Yes, God Is Real": A Born-Again Public Intellectual Reflects on Catholic Faith in Reason and Community

"Yes, God Is Real": A Born-Again Public Intellectual Reflects on Catholic Faith in Reason and Community

If faith should lead to action, what are the implications of that belief for institutions, particularly universities committed to religious principles? DiIulio will draw on his extraordinary breadth of service in the university, church and government to discuss this and other questions. 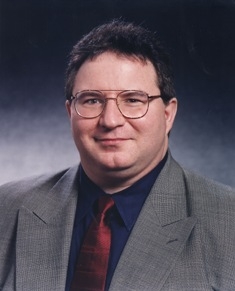 John J. DiIulio, Jr. is the Frederic Fox Leadership Professor of Politics, Religion and Civil Society at the University of Pennsylvania.  He majored in Economics at Penn and received his Ph.D. in Government from Harvard University.  After teaching at Harvard, he spent thirteen years at Princeton University as a professor of politics and public policy.

He has been a research director at the Brookings Institution, the Manhattan Institute, and Public/Private Ventures.  During his academic leave in 2001-2002, he served as the first director of the White House Office of Faith-Based and Community Initiatives. He has also developed programs to mentor the children of prisoners, provide literacy training in low-income communities, reduce homicides in high-crime police districts and support inner-city Catholic schools that serve low-income children.

His most recent publications include Godly Republic: A Centrist Blueprint for America’s Faith-Based Future (University of California Press, 2007), and American Government: Institutions and Policies (with James Q. Wilson; Houghton Mifflin and Company, 2007, 11th edition).  He was chief consultant to the documentary “God and the Inner-City.” 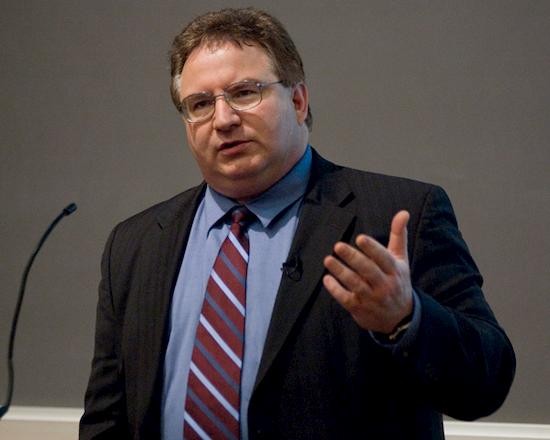 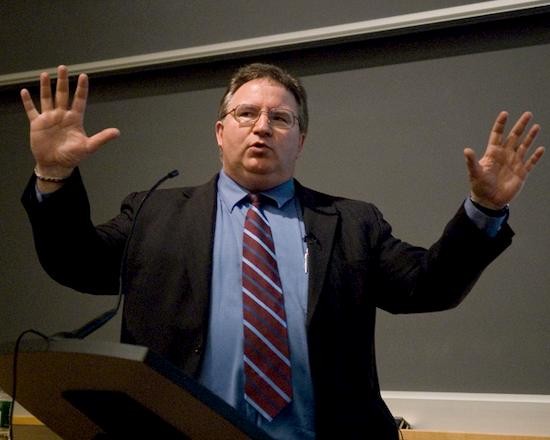 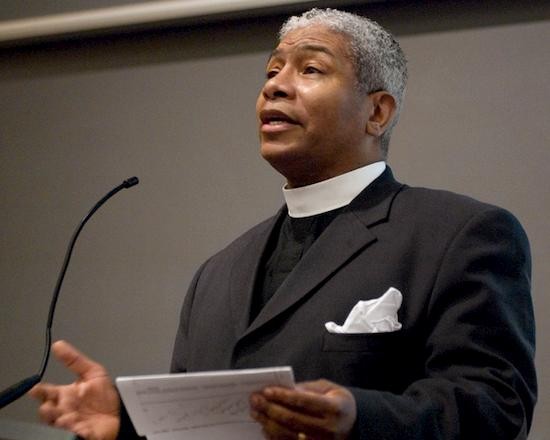 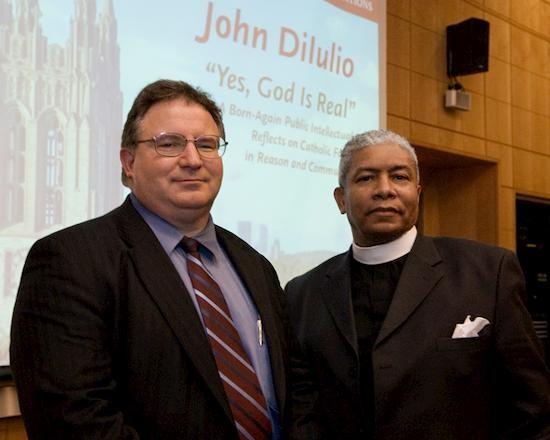 The Boisi Center’s second CIT event brought to campus John DiIulio, former director of the White House Office of Faith-Based and Community Initiatives, and current professor of politics, religion and civil society at the University of Pennsylvania. On April 17 DiIulio presented a provocative and moving exhortation to service under the title: “’Yes, God is Real’: A Born-Again Public Intellectual Reflects on Catholic Faith in Reason and Community.” He began by recounting how he had lived most of his adult life as if the Catholicism he was born into had little relevance to his scholarly work. Tenured at Princeton just two years after receiving his Ph.D. at Harvard, he was renowned for his hard-hitting policy analysis of crime.

In the midst of a research project on the influence of churches on crime statistics in blighted neighborhoods, DiIulio met inner-city pastors whose churches provided an array of social services to all who needed them, regardless of race or religion. He was particularly moved by Benjamin “Pops” Smith, a Pentecostal pastor whose vast outreach efforts were motivated, Smith said, by the simple fact that God is real. When you know that God is real, said DiIulio, you act on behalf of the poor and hungry. At this point in his talk, DiIulio invited Rev. Eugene Rivers, prominent pastor of Boston’s Azusa Christian Community, to come forward. At DiIulio’s urging, Rivers sang the gospel hymn “Yes, God is Real” and commented about Rev. Smith’s importance in his own life. Rev. Smith and others demonstrated, said DiIlulio, that “faith without works is dead” (James 2:20). In that spirit, DiIulio called the Catholic community at Boston College to “Do something for real”: help low-income residents decipher tax or food stamps documents; mobilize graduating seniors to teach—permanently—in inner-city schools; do “whatever else you feel like doing, deep down in your souls, for God’s family.” “That’s why God gave us faith in reason, and reason for faith,” he concluded.