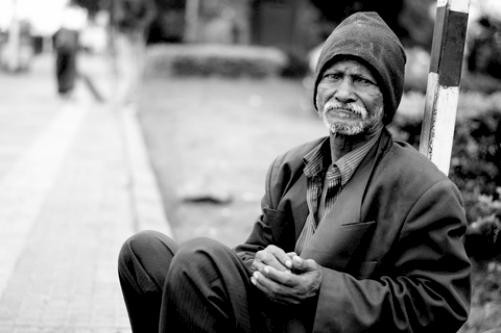 Eric Gregory is Professor of Religion at Princeton University. In 2012-2013, he is a Fellow at the Tikvah Center for Law and Jewish Civilization at New York University School of Law. He is the author of Politics & The Order of Love: An Augustinian Ethic of Democratic Citizenship (Chicago 2008), and numerous articles related to his interests in ethics, theology, political theory, law, and the role of religion in public life. In 2007, he was awarded Princeton’s President’s Award for Distinguished Teaching. Among his current projects is a book tentatively titled, What Do We Owe Strangers? Globalization and the Good Samaritan, which examines secular and religious perspectives on global justice. A graduate of Harvard College, he earned an M.Phil. and Diploma in Theology from the University of Oxford as a Rhodes Scholar, and his doctorate in Religious Studies from Yale University. 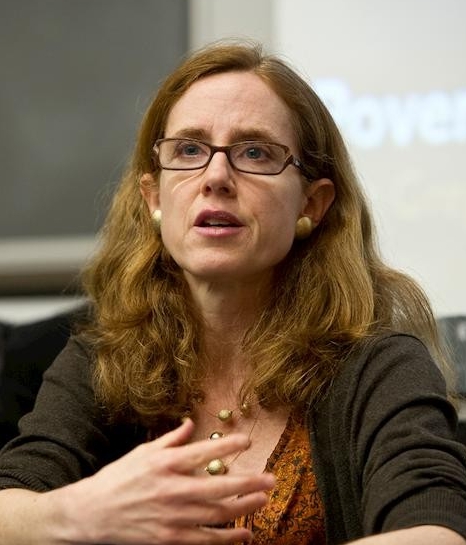 Susan Crawford Sullivan is an Assistant Professor of Sociology and Edward Bennett Williams Fellow at the College of the Holy Cross. Her research interests lie at the intersection of sociology of religion, family, and poverty and public policy. Her book, Living Faith:  Everyday Religion and Mothers in Poverty (University of Chicago Press, 2011), won the 2012 Society for the Scientific Study of Religion Distinguished Book Award and the 2012 American Sociological Association’s Distinguished Book Award from the sociology of religion section. Dr. Sullivan has published articles in journals such Sociology of Religion; Review of Religious Research; Journal of Catholic Higher Education; and the Journal of College Student Development. She is current co-editing the volume A Vision of Justice: Engaging Catholic Social Teaching on the College Campus (Liturgical Press, forthcoming). Since 2009, she has been an active member of the Peace and Justice National Advisory Committee of the Association of Catholic Colleges and Universities. She received her Master in Public Affairs from Princeton University’s Woodrow Wilson School of Public and International Affairs and her Ph.D. in sociology from Harvard University. 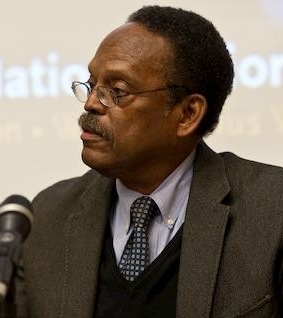 William Julius Wilson is the Lewis P. and Linda L. Geyser University Professor at Harvard University.  He has been elected to the National Academy of Sciences, the American Academy of Arts and Sciences, the American Philosophical Society, the National Academy of Education and the Institute of Medicine. He is also past President of the American Sociological Association, and is a MacArthur Prize Fellow.  In 1998 he was awarded the National Medal of Science.  His books include Power, Racism and Privilege (1973), The Declining Significance of Race (1978), The Truly Disadvantaged (1987), When Work Disappears (1996), The Bridge over the Racial Divide (1999), There Goes the Neighborhood (2006, co-author), Good Kids from Bad Neighborhoods (2006, co-author), and, most recently, More than Just Race: Being Black and Poor in the Inner City (2009). He received a Ph.D. from Washington State University. 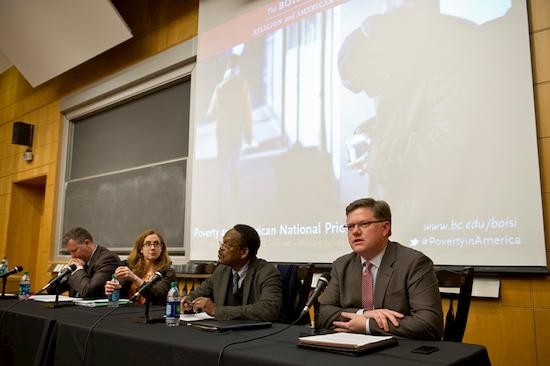 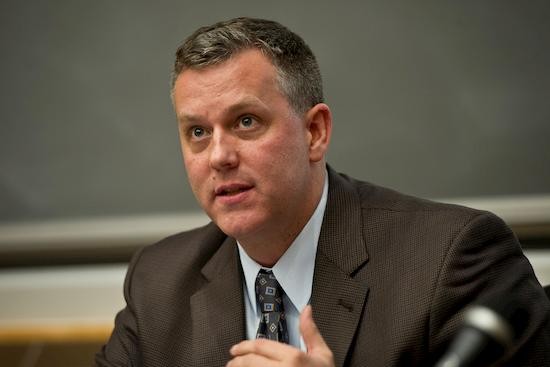 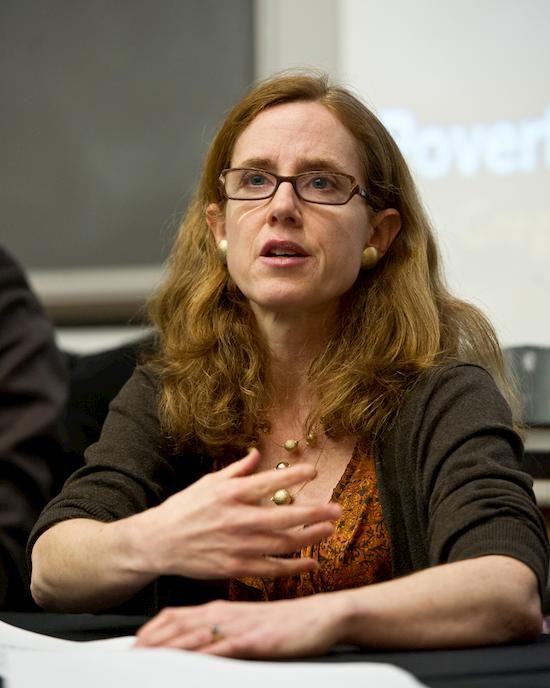 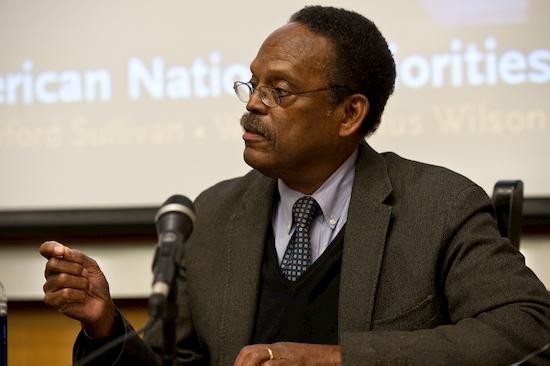 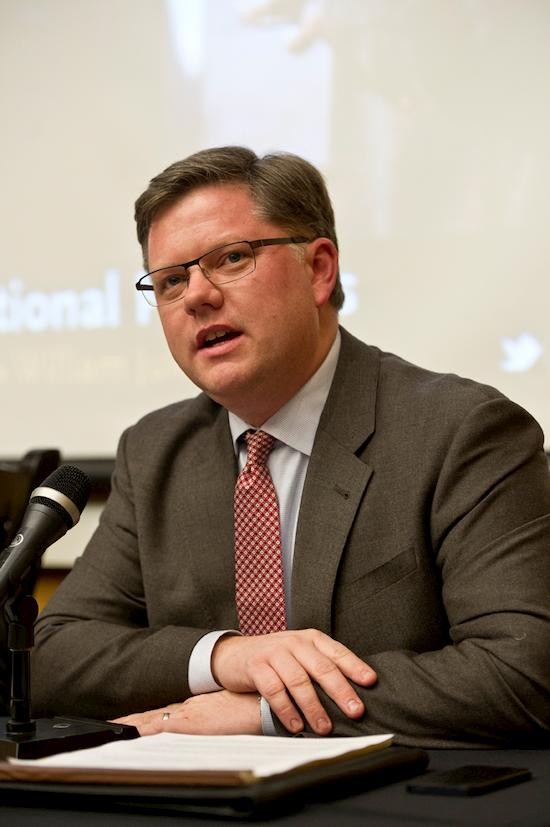 Erik Owens opens up the floor to questions and answers. 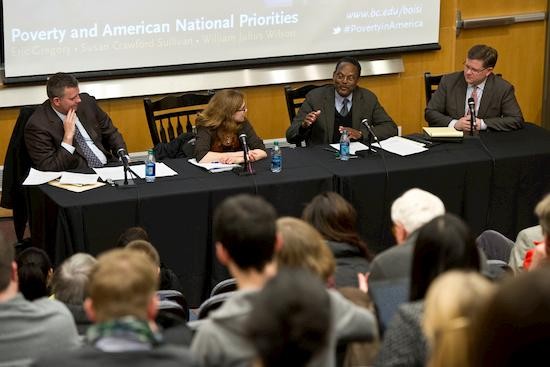 On Tuesday, February 26, the Boisi Center convened three distinguished scholars from diverse perspectives to discuss the nature of poverty in the United States and the issue’s place (or lack thereof) among American national priorities.

Renowned sociologist William Julius Wilson, the Lewis P. and Linda L. Geyser University Professor at Harvard University, opened the panel with an analysis of the relationship between race, ethnicity and poverty. While affirming President Barack Obama’s call (in his 2013 State of the Union Address) for all young people to obtain a good education and solid job skills, Wilson lamented that today’s high schools frequently fail to provide these ben­efits to black and Latino youths. Despite the sizeable gains that racial minorities in the United States have made in education, their high school graduation rates and college matriculation rates are still low. This failure of educa­tion—combined with a climate of industry restructuring, globalization, deregulation, de-unionization, and reces­sion—has led to a decline of unskilled, decently paying jobs in America. In response, workers have been forced to reduce hours, take lower paying jobs, or even leave the work force entirely. This trend disproportionately affects blacks and Latinos, Wilson argued.

These occupational trends are deeply connected to residen­tial segregation based on race, ethnicity, and class. Poor neighborhoods are moreover hit especially hard in reces­sions because of budget cuts and the resulting decline in the quality of public services. Wilson suggested that we ought to consider comprehensive, school-based job-build­ing initiatives to mitigate or even correct these problems.

Susan Crawford Sullivan, associate professor of sociol­ogy at the College of the Holy Cross, discussed the role of religion in the lives of the poor, especially single mothers on welfare. Many poor women employ religious narratives to interpret their suffering and see themselves as working with God to face their daily challenges. Despite high rates of religious belief, most poor women do not attend church regularly. Although churches are often seen as havens for the poor, the women in Sullivan’s study explained that they frequently felt stigmatized by and unwanted in religious communities. This disconnect between the churches and the poor is particularly troubling, Sullivan claimed, because religious communities can potentially offer much needed spiritual, emotional, and material support to poor single mothers.

Princeton University theologian Eric Gregory concluded the panel with a powerful theological reflection on Ameri­can national priorities. While equality does not require economic sameness, he argued, economic inequality often serves as a proxy for political inequality. The covert financial and economic prerequisites of our political process alienate the poor and serve as an intolerable form of systematic inequality. Our institutions and public policy reflect the character of our nation; what we value and what we accept or refuse to tolerate says much about who we are as Americans. Gregory questioned both the priorities of the state and the Christian church today, pointing to unfulfilled promises of freedom and justice. Few politi­cians today prioritize care for the poor, he argued, and the church is not much better. “Imagine a world,” Gregory said, “where poverty was debated with only half the intensity of homosexuality in America and the Catholic Church.”

Insofar as markets are structures created by humans, they can be changed by humans. To this end, Gregory closed with a call to replenish our commitment to poverty relief by recalling the deeper history of our interconnectedness. We must break the siren call of narrowly defined econom­ic interest, he said, by bringing the wisdom of the Church back into the public sphere.

Eric Gregory. Politics and the Order of Love: An Augustinian Ethic of Democratic Citizenship. (University of Chicago Press, 2008).

See how much money people make in every neighborhood in every city in America with Rich Blooks, Poor Blocks

View the website for the Pew Economic Mobility Project.

View the Pew Forum's summary conversation about Lifting Up the Poor: A Dialogue on Religion, Poverty and Welfare Reform.

Thomas Edsall's New York Times opinion piece about the hidden prosperity of the poor traces the debate over the consumption theory, which suggests that even as income inequality worsens, the disparity between the amount of money spent on goods and services by the rich, the middle class and the poor remains relatively stable.