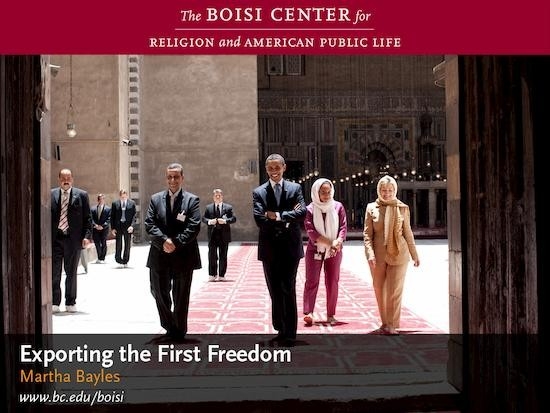 Rightly or wrongly, Americans continue to bear the glad tidings of our ideals, our way of life, and our religion to the 95 percent of humanity who are not American.  Despite the parlous state of our country’s reputation, it is widely agreed that the best form of public diplomacy is what President Eisenhower called “people-to-people” contacts.  Globalization has greatly increased the quantity of such contacts, but has it increased their quality?  This talk will focus on some of the pitfalls encountered by Americans who seek to share with others our distinctive understanding of religious freedom and tolerance.

Martha Bayles writes and lectures frequently about the arts, music, media, and cultural policy. She is a regular contributor to the Wall Street Journal (where she was arts and television critic), Wilson Quarterly (where she was Literary Editor), Weekly Standard, and Claremont Review of Books. She blogs at World Affairs (“Hearts and Minds”) and at ArtsJournal.com (“Serious Popcorn”).

Bayles is the author of two books, Hole in Our Soul: The Loss of Beauty and Meaning in American Popular Music (University of Chicago) and Ain’t It a Shame? Censorship and the Culture of Transgression (Center for U.S. Studies, University of London). Her new book, America’s Cultural Footprint, will be published in 2011 by Yale University Press.

In May 2006, Bayles was a Fulbright lecturer at Marie Curie Sklodowska University and the Catholic University in Lublin, Poland, as well as at Warsaw University and the Warsaw School of Social Psychology. Currently she serves as a Senior Academic Advisor to Business for Diplomatic Action. In 1998 she was a Visiting Scholar at the Getty Research Institute in Los Angeles, and during the 1990s she was arts correspondent for PBS’s “Religion & Ethics News Weekly” and writer-producer for New River Media in Washington, DC.

Bayles’s essays and reviews have appeared in the New York Times; Washington Post; Atlantic Monthly; Times Literary Supplement; New Republic; Harper’s; Chronicle of Higher Education; Michigan Quarterly; Brookings Review; Public Interest; National Review; and many other publications. An excerpt from her memoir, Off White, appeared in the fall 2006 issue of the Antioch Review.

A native of Boston, Bayles is a graduate of Harvard University and a former teacher in the public schools of Philadelphia, Boston, and Cambridge, Massachusetts. Between 1997 and 2003 she taught humanities at Claremont McKenna College in Claremont, California. Since 2003 she has been a Lecturer in the Arts & Sciences Honors Program at Boston College. 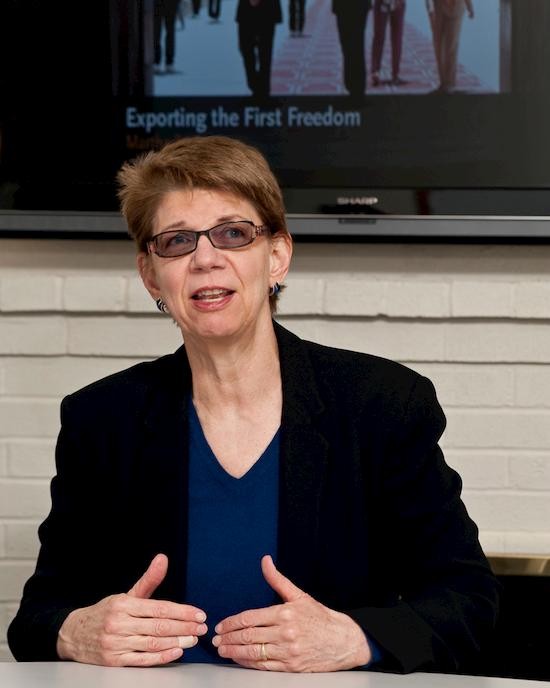 Martha Bayles at the Boisi Center 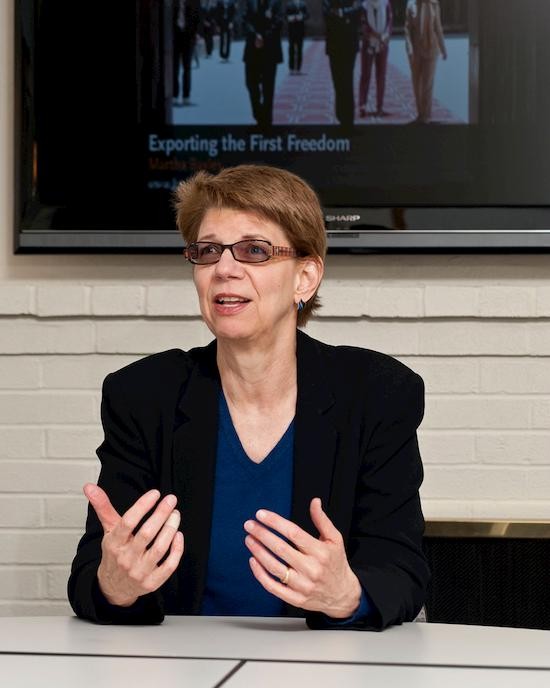 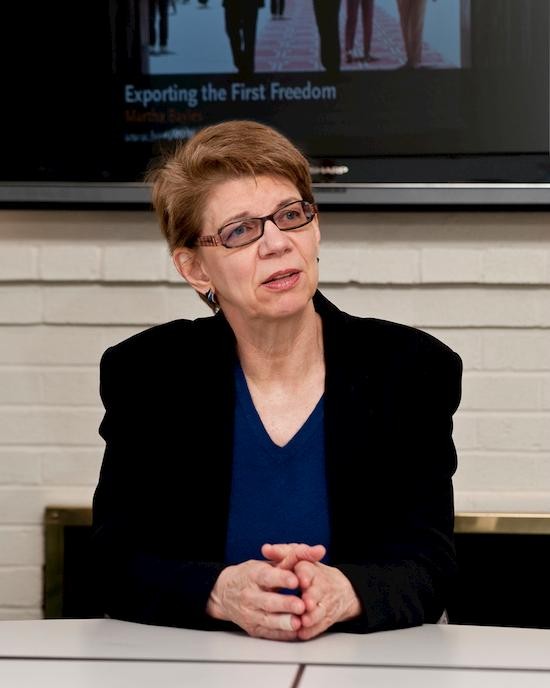 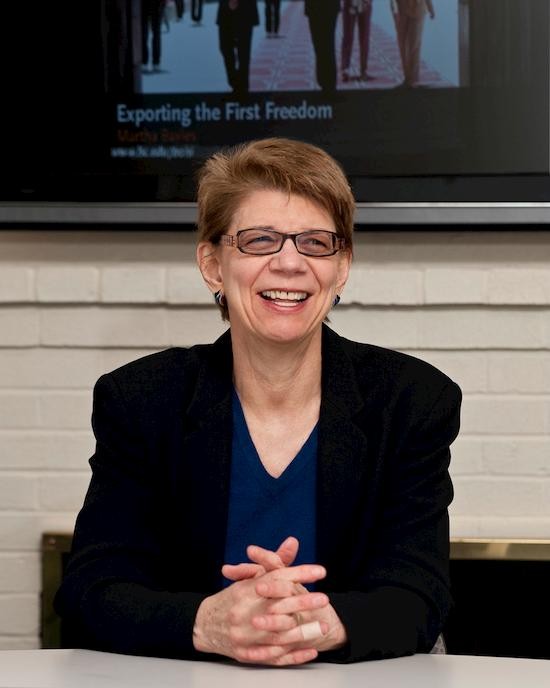 According to Martha Bayles, cultural critic and lecturer in the Boston College Honors Program, America’s image abroad has suffered mightily in recent decades. Speaking at the Boisi Center on March 10, Bayles discussed past and present trends in American cultural exportation. Although the quantity of contacts between the United States and the rest of the world has increased, the quality of these contacts has not. In fact, In fact, she said, foreigners’ esteem of the U.S. has diminished as a result of three major kinds of interaction: religious missionary work, study abroad programs, and American media.

Studying abroad has been another way Americans increasingly come into contact with the rest of the world. Unfortunately, Bayles noted, for some students such experiences have become an excuse for reckless behavior, as young Americans in foreign countries feel exempt from responsibility for their actions. Such behavior inevitably leaves negative impressions abroad.

Finally, Bayles pointed to the growing exportation of American popular culture since the end of the Cold War. Foreign box offices provide American film studios with twice the revenue of domestic box offices. While Americans usually recognize when films reflect or distort American popular culture, foreigners who know little of the U.S. cannot make that distinction. Pop culture frequently misrepresents religion in the U.S., for example, by omitting it entirely or portraying it as overly puritanical. As a result, Bayles, said, religious freedom and tolerance are given a bad name, and American credibility suffers even as we seek to engage in religious dialogue abroad.

Overall, Bayles said, Americans need to be more mindful of the United States’ image abroad. Failure to do so will have destructive consequences for dialogue and cooperation with other countries.

The Return of Cultural Diplomacy by Martha Bayles for Newsweek

Now Showing: the Good, the Bad and the Ugly Americans
by Martha Bayles for the Washington Post