A History of Catholic Theological Ethics

A History of Catholic Theological Ethics 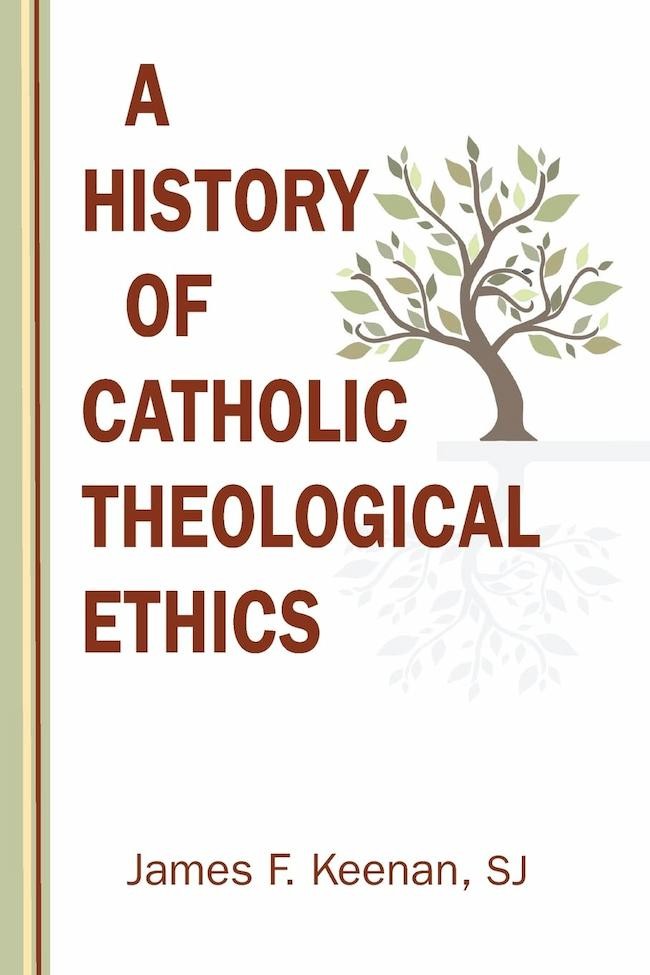 James Keenan, S.J., one of the most important Catholic scholars of theological ethics in the United States, traces the revered history of moral theology from the New Testament to the present in A History of Catholic Theological Ethics. The book has garnered praise from a variety of scholars for his compelling insights in the relevance of that tradition for our own time. Drawing on his own scholarly themes of mercy, conscience and virtue, Keenan moves thatr history into contemporary concerns about the view from the "margins," the emergence of women's voices, and the view from the global south. 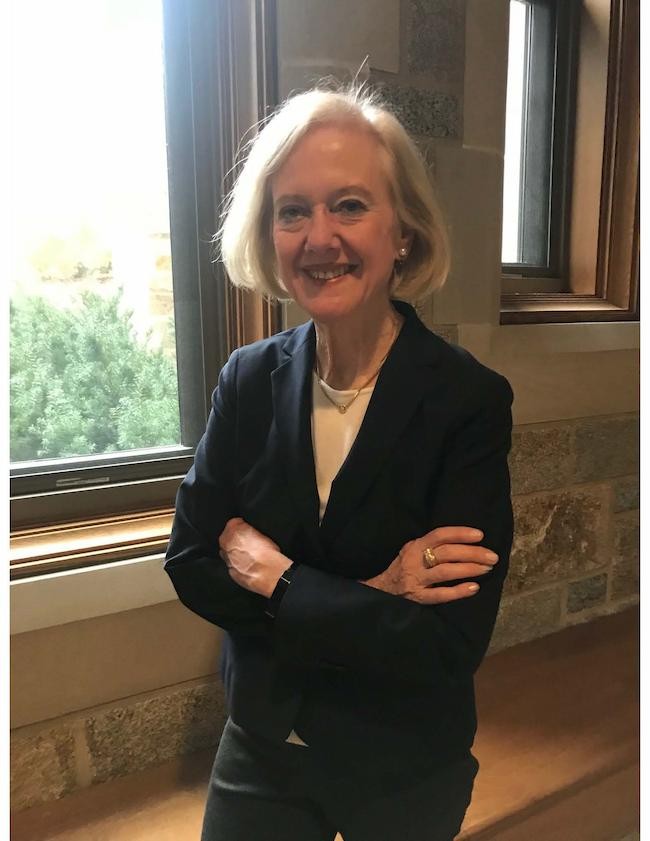 Lisa Sowle Cahill, Ph.D., is the J. Donald Monan, S.J. Professor in the theology department at Boston College. Dr. Cahill is a past president of the Catholic Theological Society of America (1992-93) and of the Society of Christian Ethics (1997-98). She received her M.A. and Ph.D. degrees from the University of Chicago Divinity School, and is a fellow of the American Academy of Arts and Sciences. Her works include Blessed Are the Peacemakers: Pacifism, Just War and Peacebuilding (Fortress, 2019); A Theology and Praxis of Gender Equality (Bangalore: Dharmaram Publications, 2018); and Global Justice, Christology and Christian Ethics (Cambridge University Press, 2013). 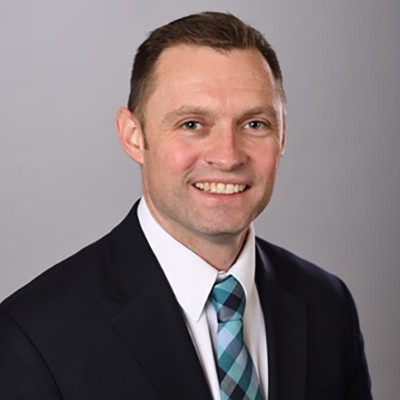 Daniel Daly, associate professor of moral theology, earned his Ph.D. in theological ethics at Boston College in 2008. Before joining the School of Theology and Ministry at Boston College, he was associate professor of theology at Saint Anselm College in Manchester, NH. He served as the theology department chair for five of his thirteen years at Saint Anselm.

His monograph, The Structures of Virtue and Vice, was published in 2021 by Georgetown University Press and was awarded first place in the Theological and Philosophical Studies category by the Catholic Media Association in July of 2022. 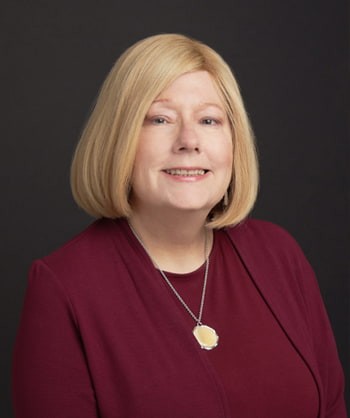 M. Cathleen Kaveny is a scholar who focuses on the relationship of law, religion, and morality, serves as the Darald and Juliet Libby Professor at Boston College, a position that includes appointments in both the department of theology and the law school. She is the first faculty member to hold such a joint appointment. A member of the Massachusetts Bar, Kaveny clerked for the Honorable John T. Noonan Jr. of the U.S. Court of Appeals for the Ninth Circuit and worked as an associate at the Boston law firm of Ropes & Gray in its health law group. She was the 2018-2019 Cary and Ann Maguire Chair in Ethics and American History at the Kluge Center of the Library of Congress.

Kaveny is the chair of the board of trustees of the Journal of Religious Ethics. She has been the president of the Society of Christian Ethics, the major professional society for scholars of Christian ethics and moral theology in North America. It meets annually in conjunction with the Society of Jewish Ethics and the Society for the Study of Muslim Ethics. 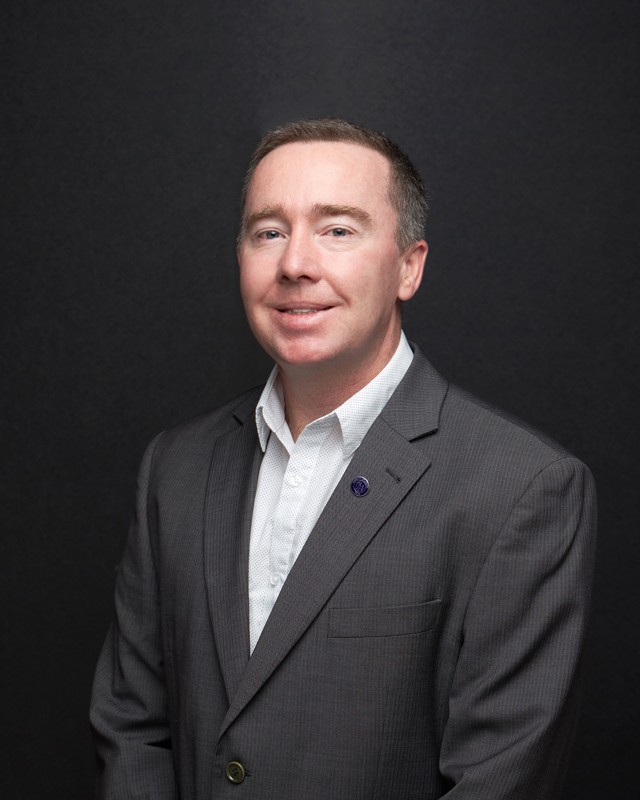 Brett O'Neill, S.J. is a doctoral candidate at BC's theology department, concentrating in theological ethics. Before entering the Society of Jesus, he worked in public policy with the Australian Government. His dissertation will focus on Catholic Social Teaching concerning nation-states' regulation of immigration. 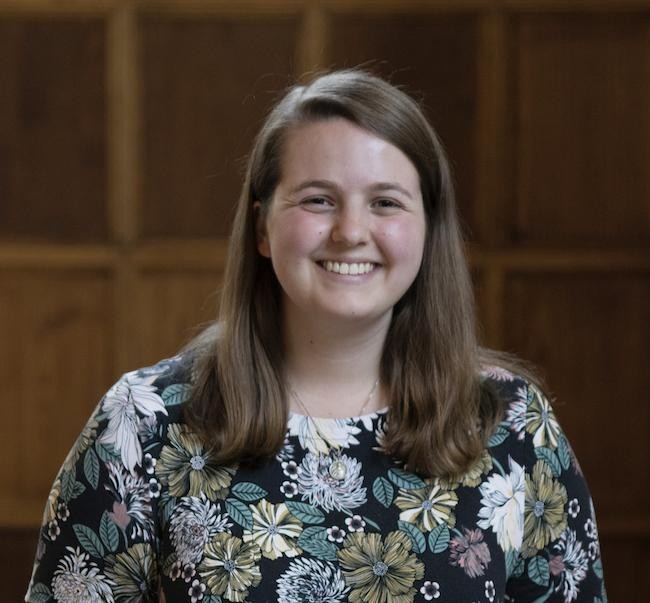 Katie Ward is a graduate student in the Boston College School of Theology and Ministry and will earn her Master of Theological Studies degree in May 2023. Prior to coming to Boston College, Katie served as a fourth grade teacher in Minneapolis, MN and earned her Master of Education degree at the University of Notre Dame through the Alliance for Catholic Education Teaching Fellows program. Her research focuses on the intersection of faith, culture, and schooling in Native American Catholic schools and other Catholic schools serving culturally and linguistically diverse students. Katie has published and presented across academic and practitioner spaces on Native American boarding school truth and healing and the role that culturally sustaining Catholic schools play in this movement.

In his interview with James Keenan, S.J. in America, Sean Salai discovers that the moral theology of Pope Francis is one characterized as a “very pastorally engaged moral theology” and one focused on mercy. This focus on mercy, Keenan argues, is Ignatian in that it is only achieved through prayer. Keenan further argues that Francis’s focus on prayer and asceticism is a particular challenge to the United States and other wealthy nations that believe they can survive any threats–such as environmental–instead of focusing on the global common good. 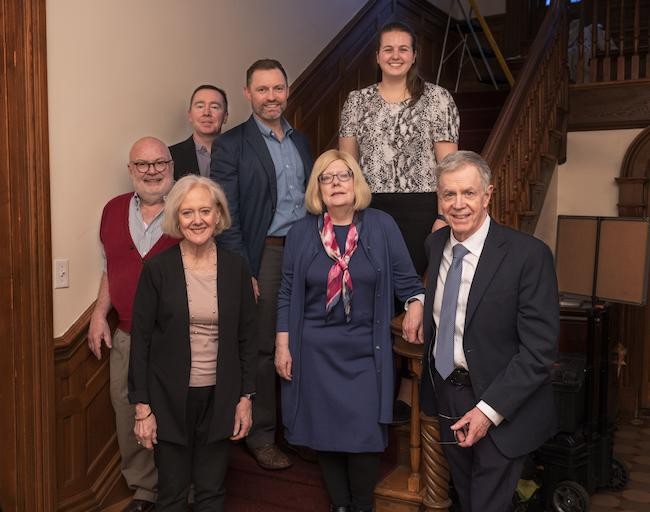 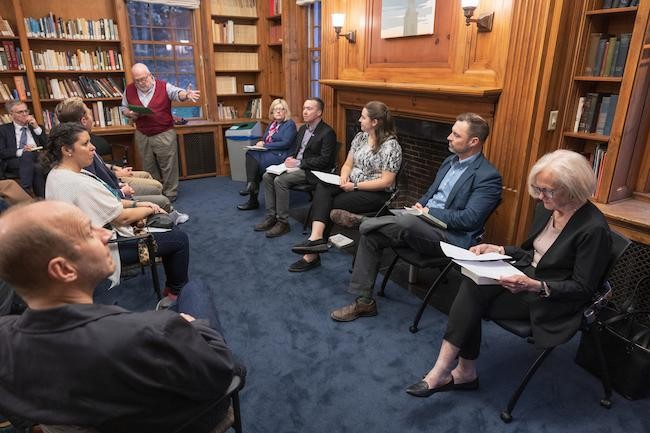 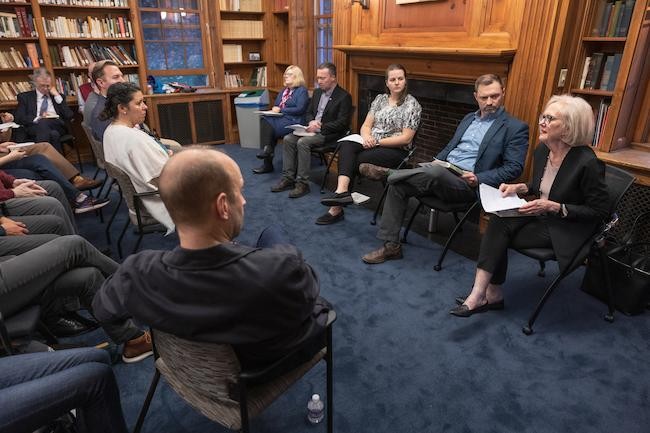 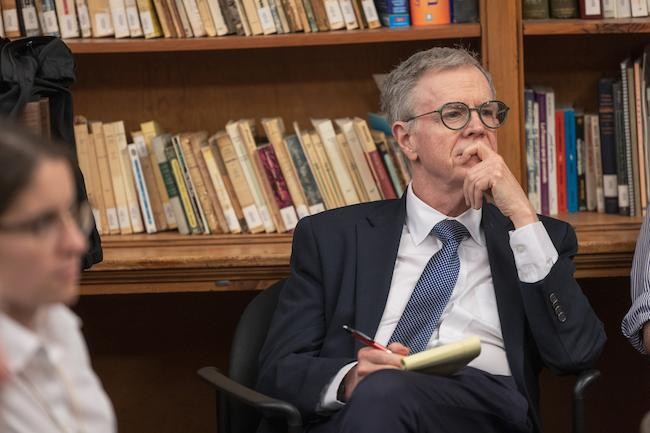 Cahill began her praise of Keenan’s book by exploring the innovations–both good and bad–in the history of moral theology. Moral theology, she argued, is both a structure of sin in that it controls adherents and is rooted in a power imbalance, but also a structure of grace in that it facilitates and cultivates virtue. She explored the development of sexual ethics as illustrative of these innovations. From Augustine, who, she said, Keenan made look less concerned about who one’s sexual partner was and more about if one was the dominant or passive partner in that encounter to that of Alphonsus Liguori, who emphasized the mediation of grace in ethical teachings–a desire not to burden the laity with constraints and penance. Then after Vatican II, more people were questioning the “control” the Church’s moral theology wielded over the faithful to that point. And now, the global view of theological ethics has introduced pluralism into the conversation. Keenan’s book aptly describes this shift throughout the tradition. So what Keenan draws attention to, Cahill argued, is the struggle within moral theology between concerns about power and structure and the gradual attention to pastoral theology and pluralism.

Daly’s remarks drew attention to Keenan’s ethical framework beginning with Jesus Christ. This “orienting principle” is the most important contribution in Keenan’s book, Daly argued. This, he claimed, was Keenan shifting the focus in moral theology from a preoccupation with sin toward virtuous living and following Jesus. Daly then drew attention to Keenan’s focus on confraternities–lay organizations that help cultivate the faith lives of their members–that flourished in the 16th century. This, Daly argued, is evidence that Catholics have always been focused on charity in community, not merely individualistically avoiding sin. Daly claims this refocuses the thread that ties the tradition of moral theology together. In addition to its academic contribution, the work, Daly argued, has the capacity to inspire Catholics. Even the confraternities encouraged Daly’s current students to seek out new, modern “schools of virtue.” Finally, Daly brought attention to Keenan’s description of the role of the moral theologian–a demand, he said, that only Keenan could make. This claim is evidenced most notably in the foregrounding of global voices in the field that deserve a seat at the table, ultimately because Catholic theological ethics is the reflection of a global Church.

Ward’s comments started with a reflection on her experience as a fourth grade teacher and the questions her students would ask about morality. The limits of her own moral knowledge were revealed to her when she attempted to answer their questions. Her own questions emerged–for example, about colonization and marginalization by and within the Church. In the face of so many voices in moral theology vying to claim authority, this book, she argued, helps get a handle on the populous field. It shows how the tradition has developed, but it also gives insights into how one might be able to shape that same tradition. Speaking from the graduate student perspective, she reflected on her own desire–along with her peers’–to try to innovate within the field, and that, to do so, those students need teachers like Keenan and the tool that is his text. Her own goals in higher education make her a practitioner in the world outside of a theology department, she recognized, but she noted that with Keenan’s text, she feels equipped to apply Church teachings in the new contexts in which she will be working.

O’Neill, once a student of Keenan’s, had in his classes been introduced to those same innovators that earlier panelists had discussed. But in Keenan’s book, O’Neill saw the model of Keenan’s theological ethics through his engagement with the work of Francisco de Vitoria, Bartolomé de las Casas, and Liguori, who reflected in their own theologies the need for both theological education and pastoral accompaniment. O’Neill sees this pastoral accompaniment as shedding a light on Keenan’s mantra that to be an ethicist requires one to be an activist. The ethicist, he sees Keenan as arguing, is not to merely parrot the teaching of the magisterium. Instead, he noted, the ethicist is a part of a living, dynamic tradition.

Kaveny wrapped up the panelists’ remarks by calling the book “magisterial,” as both comprehensive and showing evidence of long reflection and in the sense of coming from an authoritative teacher. Keenan, she said, is a teacher and a teacher in conversation–one who, at the same time, teaches and learns. She then focused her remarks on casuistry–a shared interest with Keenan. Casuistry, the analysis of moral “cases” in all their particularities and not as “cookie cutter” situations, has two levels: low and high. Low casuistry is the deductive approach to morality–deducing the right action within a situation from principles with little to no attention paid to the context or circumstances of the particular situation. High casuistry, on the other hand, confronts the “rules” of moral theology and demands a response to the real suffering in the world that people face in their particularity. Unlike Keenan, Kaveny acknowledged, Pope Francis is not a fan of casuistry (even calling it “hypocritical thinking,” a “deception,” and “decadent Thomism”). She concluded with this question: What does Francis’ remarks about casuistry mean for theological ethicists who engage in the practice?

At the conclusion of the panelists’ remarks, Keenan offered a few remarks of his own. He said that he understands his work as a counterpoint to that of John Mahoney’s The Making of Moral Theology: A Study of the Roman Catholic Tradition–offering a new way of understanding how we think about theological ethics and moral theology, shifting away from a preoccupation with avoiding sin toward a focus on growing in holiness. This better reflects the history of the Church that is marked by a concern for practices over teaching, seeking out spiritual directors over confessors, etc. This focus on loving accompaniment is seen in the confraternities, especially evident in the Confraternity of Divine Love who set up hospitals for the “incurables” (i.e., those diagnosed with syphilis in the 16th century) and who concerned themselves with those ostracized from society, most shamed, and most likely to die painful deaths.

To Kaveny’s question regarding Francis, Keenan spoke half-jokingly, arguing that Francis needed to read more. One piece of evidence of casuistry’s value, Keenan argued, is the development of necessary maritime insurance from the earlier prohibition on usury. This, he said, reflected an inductive ruling, analogically reaching the conclusion of a just maritime insurance. This is in stark contrast to the deductive logic that draws decisions from abstract principles, devoid of the realities of life.

Finally, he brought up Liguori. As Keenan got to know Liguori, whom he initially thought to be too concerned with sin, he got to like him more because Liguori raised up the voices of the poor and attended to those suffering at the hands of unjust legal structures. While Liguori had excessive scrupulosity, it did not detract from his belief that the people deserved pastoral accompaniment. This, Keenan argued, is evidence of our own need to listen to the concerns of real persons as we continue the process of traditioning in the Church.

A few questions followed from the role of Jesus in Christian theological ethics, the relationship between moral theology and spirituality, the influence of the sacrament of confession on the development of moral theology, and comparing Protestant and Catholic casuists.