Torture: Is it Always Wrong?

Torture: Is it Always Wrong? 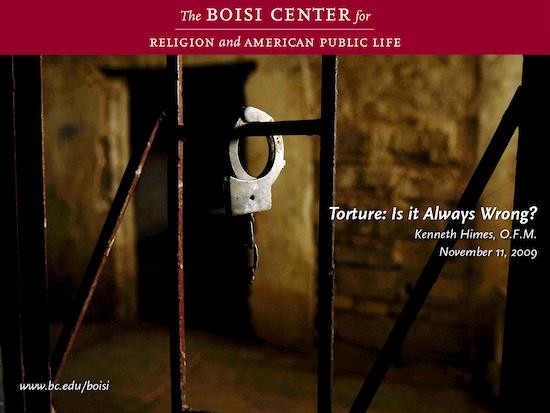 Torture is universally condemned despite its regular appearance throughout history. As a result of policy decisions in response to terrorism, the debate about torture has been revived. Recent arguments have taken up the questions of why it is wrong, and if it is absolutely wrong, without exception. This presentation will review answers to those questions as found in the writings of philosophers, theologians, lawyers, and other commentators. 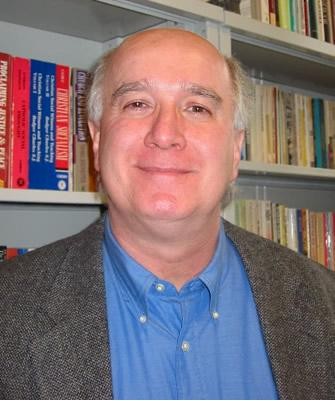 Kenneth Himes is a professor of theology at Boston College and also serves as chairperson for the department. Professor Himes earned his Ph.D. in religion and public policy from Duke University. Before joining the faculty at Boston College, he taught at the Washington Theological Union. He is also a member of the Order of Friars Minor (Franciscans) and has held multiple leadership positions within his religious community. Professor Himes has served as president of the Catholic Theological Society of America (2000-2001) and is also a member of the Society of Christian Ethics. His research interests are in the history of Catholic social teaching, the role of the U.S. Catholic community in American social reform, the ethics of warfare, and the relationship of religion and politics in the nation’s public life. He authored Responses to 101 Questions on Catholic Social Teaching (Paulist, 2001) and edited Modern Catholic Social Teaching (Georgetown, 2005). 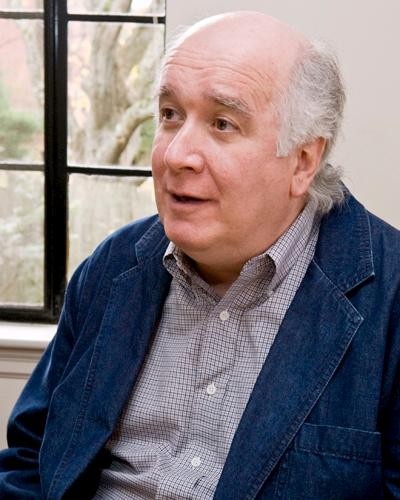 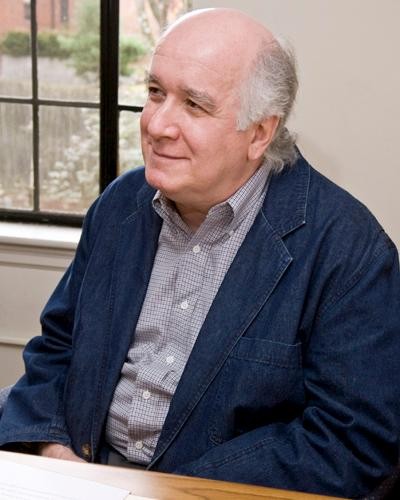 Kenneth Himes, O.F.M., chairman of the Boston College theology department, delivered a presentation provocatively titled “Torture: Is It Always Wrong?” to a packed room at the Boisi Center on November 11. There is no doubt, he said, that the United States government committed acts of torture during the Bush administration. The debate at this point should focus not on whether we tortured in the past, but how to think about it in the future.

Drawing upon extensive research and reflection on the question, Himes made the case that torture is morally impermissible, always and everywhere, because torture violates the dignity and integrity of the individual in ways that cannot be repaired. Torture also irrevocably changes the torturer, violating that person’s dignity as well.

Himes added that the scenarios often given in defense of torture are not realistic and don’t actually defend the use of torture. The most common of these is the ‘ticking time bomb’ scenario, in which a bomb is planted in a metropolitan area, a suspect is captured, and authorities torture him until he confesses to the location of the bomb. Himes argued that this scenario is more likely to appear on television than in reality, and also said that torture wouldn’t necessarily be useful – the suspect could spit out misleading information just to get the torture to stop.

Finally, Himes tackled the question of whether or not past abuses should be prosecuted. He said that while he sympathizes with President Obama’s desire to move forward, ignoring past abuses would fail to set an important precedent. This, he said, should not be permitted. Torture must never be allowed as a matter of U.S. policy, regardless of who is in office.

Why not torture terrorists? – Boston Globe, March 20, 2005
Jeff Jacoby column in the Boston Globe condemning and advocating against the use of harsh interrogation techniques against suspected Al-Qaida terrorists, saying “torture is never worth it.”

Religious Dimensions of the Torture Debate – Pew Forum for Religion and Public Life
Pew survey on attitudes toward torture broken down by religious affiliation.

Why We Ban Torture – Washington Post, April 28, 2009
Richard Cohen column argues that even though America should not torture, using it is effective, and giving up its use makes us less safe

Torture? No. Except… - Washington Post, May 1, 2009
Charles Krauthammer column saying that despite torture’s evils, it should be permissible in certain ‘ticking time bomb’ scenarios; those opposed to it at all times are being dogmatic.