A Matter of Conscience: Religious Exemptions and the Healthcare Debate

A Matter of Conscience: Religious Exemptions and the Healthcare Debate 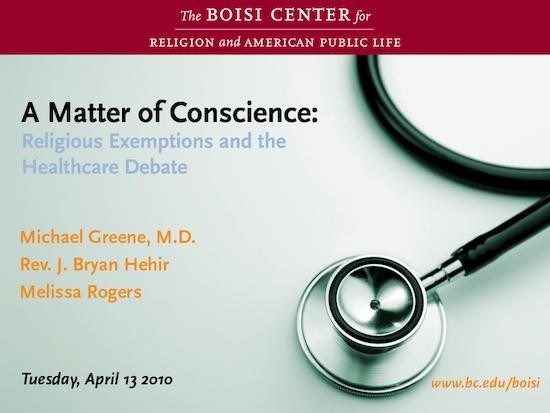 The vigorous religious opposition to recent healthcare reform efforts has highlighted the divisive nature of birth control, abortion and end-of-life care in American public life.  How should healthcare providers, from individual pharmacists and physicians to large medical institutions, balance respect for personal conscience with professional responsibility?  Join our distinguished panel of medical, legal and religious leaders for a robust conversation on the ethics of conscience in the healthcare debate. 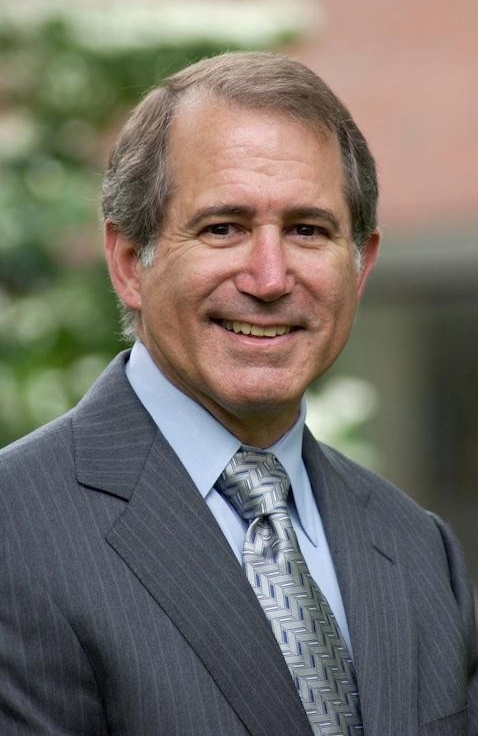 Dr. Michael F. Greene is a Professor of Obstetrics, Gynecology, and Reproductive Biology at Harvard Medical School and the Chief of Obstetrics at Massachusetts General Hospital.  His residency and fellowship training were completed at the Boston Hospital for Women and Brigham and Women’s Hospital respectively. Dr. Greene’s major academic interests are in medical complications of pregnancy and congenital malformations.  He has chaired the Committee on Obstetrical Practice for the American College of Obstetricians and Gynecologists and was an Associate Editor of the 4th edition of “Guidelines for Perinatal Care”.  He served for four years (two as Chair) on the Advisory Committee for Reproductive and Urological Drugs of the Center for Drug Evaluation and Research of the Food and Drug Administration, and continues to serve as a consultant to the FDA.  In those capacities, he advised the FDA regarding the conditions for final approval of Mifepristone (RU-486), and recommended changing the status of the prescription emergency contraceptive “Plan B” to over-the-counter.  He is currently a member of the Scientific Advisory Committee of the National Children’s Study being conducted by the Eunice Kennedy Schriver National Institute of Child Health and Human Development. He is a Co-Chair of the March of Dimes Scientific Advisory Committee for preterm birth.  He has served as an Associate Editor of the New England Journal of Medicine since 1996. 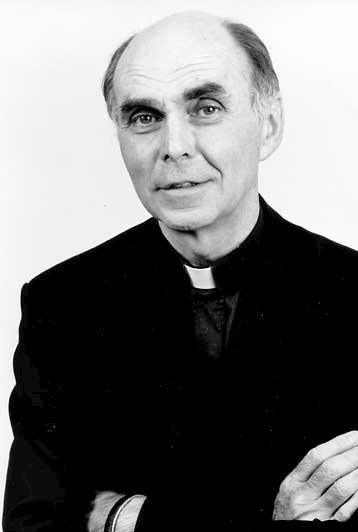 Rev. J. Bryan Hehir is the Parker Gilbert Montgomery Professor of the Practice of Religion and Public Life at the Kennedy School of Government at Harvard University. He is also the Secretary for Social Services in the Archdiocese of Boston. Prior to assuming these positions, Father Hehir served as President and C.E.O. of Catholic Charities USA from 2001-2003. Before that he served on the staff of the U.S. Catholic Conference of Bishops in Washington, D.C. and served on the faculty at Georgetown University. He also served as faculty and later Dean of Harvard Divinity School. He was named a MacArthur Fellow in 1984. His research and writing focus on issues of ethics and foreign policy, Catholic social ethics and the role of religion in world politics and in American society. Hehir’s publications include: “The Moral Measurement of War: A Tradition of Continuity and Change”; “Military Intervention and National Sovereignty”; “Catholicism and Democracy”; “Social Values and Public Policy: A Contribution from a Religious Tradition”; and “The Moral Dimension in the Use of Force." 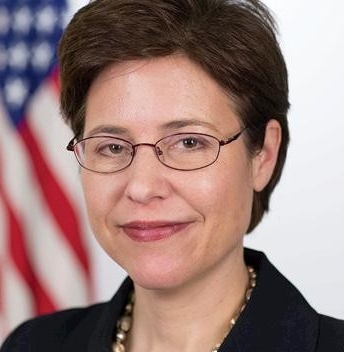 Melissa Rogers is the director of the Center for Religion and Public Affairs at the Wake Forest University School of Divinity. She is also a senior fellow within the Governance Program at the Brookings Institution. She received her law degree from the University of Pennsylvania. Before working at Wake Forest, she served as the executive director of the Pew Forum on Religion and Public Life in Washington, D.C. Prior to that, she served as general counsel for the Baptist Joint Committee on Religious Liberty, where she helped the organization urge greater legal protection for free exercise rights. In 2009, President Barack Obama named her to his Advisory Council on Faith-based and Neighborhood Partnerships. She is the co-author of a case book on religion and law entitled Religious Freedom and the Supreme Court (Baylor University Press, 2008). 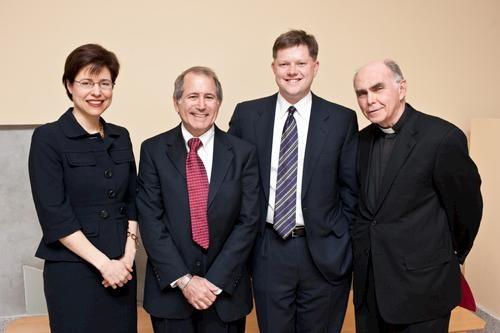 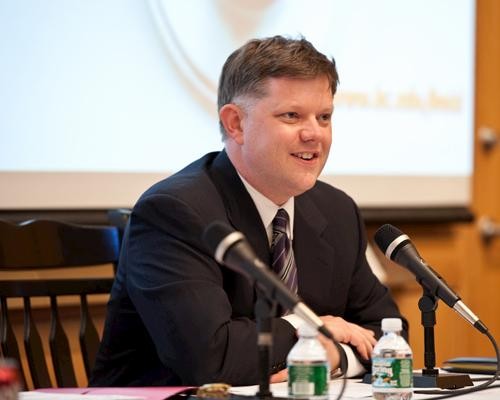 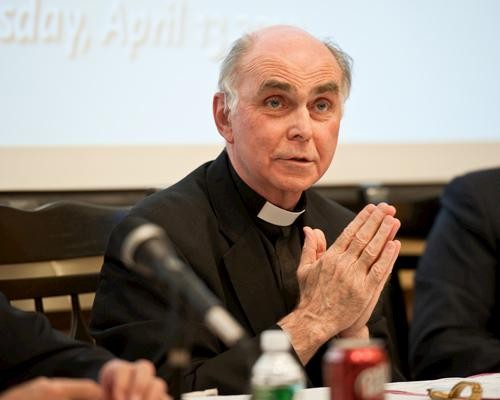 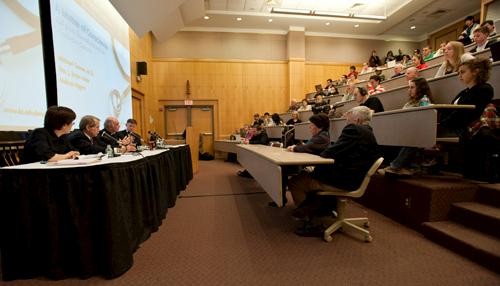 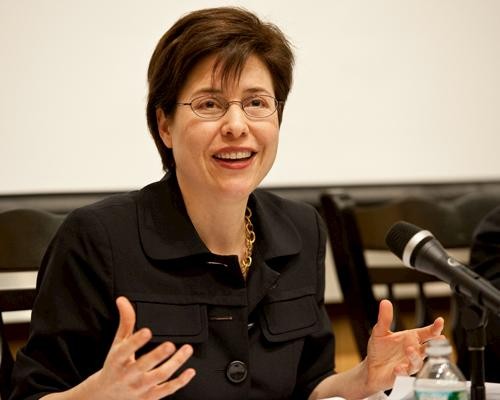 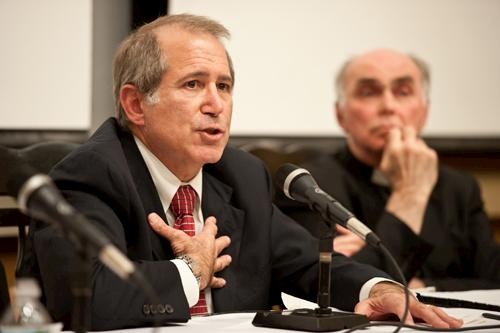 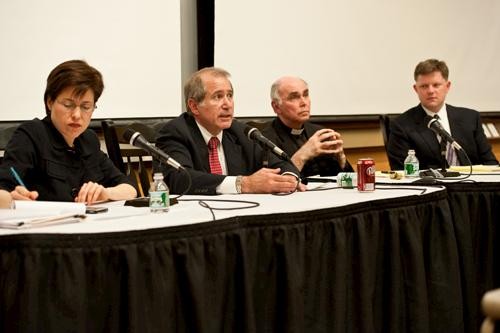 "A Matter of Conscience" panel at Boston College

On April 13 the Boisi Center hosted a panel discussion on the rights and duties of conscience among healthcare providers and patients. In particular, the panel explored the implications of allowing exceptions, grounded in religious objections, to laws and regulations that would otherwise apply to everyone. The issue has been growing in importance in the medical community, even as the recent healthcare overhaul in Washington has put religious objections in the forefront of the news.Leading the discussion in front of a packed lecture hall were Rev. J. Bryan Hehir, Dr. Michael Greene, and Melissa Rogers, experts on this question in the religious, medical and legal communities.

Leading off the panel was Rev. Hehir, a professor at Harvard University’s Kennedy School of Government and Secretary for Health Care and Social Services in the Catholic Archdiocese of Boston. Conscience clauses, Hehir said, are a standard of civil law meant to help the individual citizen negotiate in his or her social context. On the one hand, conscience clauses are expected in a pluralistic society where different individuals have different moral obligations; on the the other hand, devising coherent and effective public policies that exempt certain people is challenging. Regarding the current healthcare debate, Hehir pointed to the need to protect the autonomy of individuals in the medical profession, and the profession as a whole. The law, he noted, must grant individuals a space to develop their consciences—hence the need for exemptions. If these exemptions are eroded, the law will risk driving a wedge between individuals and society.

Dr. Greene, professor of reproductive biology at Harvard Medical School and Chief of Obstetrics at Massachusetts General Hospital, spoke from his experience as a physician, identifying the goal of medicine and healthcare as the prevention of disease and care for the dying. Based on this goal, he articulated several key ethical and moral principles: respect for a patient’s autonomy; the right of patients to refuse care; and a commitment to beneficence, non-malfeasance and justice. These principles, Greene noted, are implemented through mechanisms such as informed consent and the physician licensing. While doctors should not willingly put themselves in a situation of moral uncertainty, he said, sometimes conflict is unavoidable. To illustrate his point, he recalled a recent case of a Jehovah’s Witness patient who requested a cesarean section without blood transfusion. Despite his reservations, Greene successfully performed the surgery according to her wishes. Sometimes, he said, unforeseen circumstances may arise and a physician might have to adjust to the patient’s desires.

The final speaker was Melissa Rogers, director of the Center for Religion & Public Affairs at Wake Forest University, and advisor to the White House Office of Faith-based and Neighborhood Partnerships. A lawyer and long-time advocate for religious freedom, Rogers noted that the conflict between personal and civic obligations has always been addressed in American law. While the First Amendment’s Free Exercise clause protects individuals’ rights to religious practice, the Establishment clause guards against the government’s promotion of one faith over others. Recent laws and judicial decisions have specifically linked conscience exemptions and the issue of healthcare. The recent healthcare mandate, for example, is subject to exemptions on the basis of membership in a religious group. Looking forward to the implementation of new healthcare legislation, Rogers called for acceptance of “common ground principles” for religious exemptions, including the need for greater disclosure among providers about what services they make available (and do not); the importance of distinguishing between a lack of access to care and mere inconvenience to patients (when, say, a pharmacist refuses to provide the “morning after pill”), and the need to ensure that healthcare does not become a means of coercion or proselytization.

“Religious Expression in American Public Life: A Joint Statement of Current Law.” A statement produced by the Center for Religion and Public Affairs at the Wake Forest University School of Divinity, 2010.

“Physicians and the First Amendment” in the New England Journal of Medicine, 2008. An editorial on the South Dakota informed consent to abortion law, and it’s relationship to the freedom of speech as guaranteed in the First Amendment.

"Year one in White House faith-based office" by Ruth Braunstein
The Immanent Frame, 2010. Post overviews critiques of the first year at the White House Office of Faith-based and Neighborhood Partnerships.

"Health Reform" published by The Henry J. Kaiser Family Foundation. A number of online resources helpful in understanding the recent healthcare debate and the implementation of healthcare reform.