An Ethics for the Coming Storm: A Theological Reflection on Climate Change

An Ethics for the Coming Storm: A Theological Reflection on Climate Change 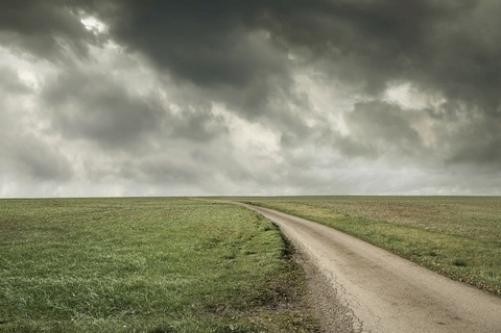 Prophecy has two duties: it must imagine the future and it must offer a choice, the warning contingent on human moral agency. In this world, and at this time, the duty of prophecy is not theoretical, for humanity faces a stark reality, one that is already beginning to unfold. Climate change threatens the world of stability that undergirds all institutions, all texts, and all practices. While a drastically changed climate is a new challenge in science and policy, the drama of drought and refugees is not a new problem in religious texts or traditions. The biblical account of creation sends humans into a chancy world; the famines that drive the biblical narrative send populations sweeping across the Middle East, in a land promised, but fragile. As our world begins to shift under the burden of a dramatically warming climate, it is the duty of prophecy – to imagine and to warn – that animates both science and theology. 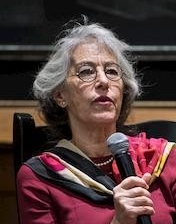 Laurie Zoloth is the Charles McCormick Deering Professor of Teaching Excellence. She has been the president of both the American Academy of Religion and the American Society for Bioethics and Humanities. Her research is in the areas of bioethics; religion and science; feminist ethics; post-modern Jewish philosophy and Jewish ethics, especially the work of Emmanuel Levinas, Hannah Arendt and justice theory. She was the founding director of the Brady Program in Ethics and Civic Life at Weinberg College, a program which explored the connection between academic philosophy and the duties of citizenship. She was the founding director of the Center for Bioethics, Science, and Society at Feinberg School of Medicine, which addressed issues in emerging bioscience. She is a member of the faculties in Reproductive Medicine, Jewish Studies and Systems and Synthentic Biology. In 2014 she was elected a Life Member at Clare Hall, University of Cambridge. She is the President of the Northwestern Faculty Senate.

From 1995 to 2003 she was professor of ethics and director of the Jewish Studies Program at San Francisco State University. In her capacity as a scholar of religious studies, she was founding member of the Society for Scriptural Reasoning and of the Society for Jewish Ethics, serving on the founding board and as vice president in 2002.  In her capacity as a clinical bioethicist, she help to create the National Kaiser Permanente Bioethics committees and work for a decade at the East Bay Children’s Hospital. She has been a member of the NASA National Advisory Council, the nation's highest civilian advisory board for NASA, for which she received the NASA Public Service Medal, the NASA Planetary Protection Advisory Committee. She was the founding chair of the Howard Hughes Medical Institute, Bioethics Advisory Board and served in that capacity for seven years. She was on the Executive Committee of the International Society for Stem Cell Research, as well as being on its founding board.  She has served on numerous NIH committees, including the International DSMB for AIDs research, study, and review committees and a DSMB for Minority Research. Zoloth has testified for NAS committees on stem cell research, mitochondrial research, and synthetic biology. She has been an elected Fellow of the Hastings Center since 2002. She currently serves on the National Recombinant DNA Advisory Committee (RAC), on the NASA Flight IACUC, and on the Harvard ESCRO for Stem Cell Research. 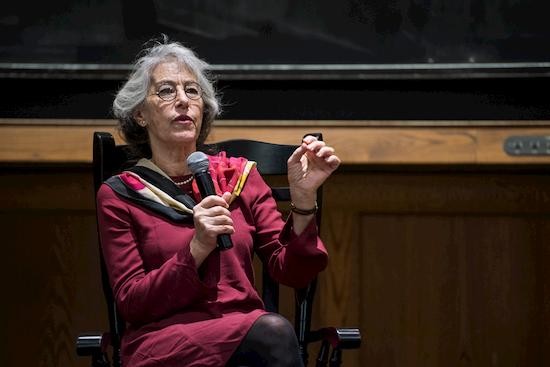 Laurie Zoloth delivering her Prophetic Voices Lecture: "An Ethics for the Coming Storm: A Theological Reflection on Climate Change." 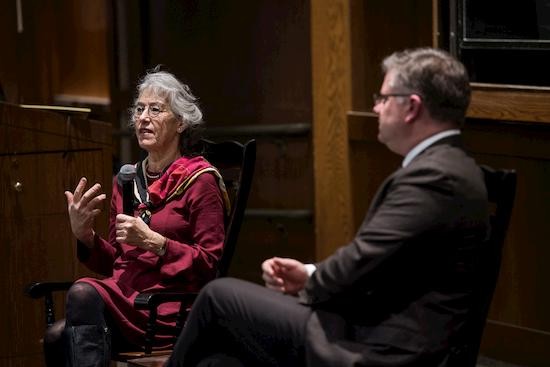 Zoloth fields questions from moderator Erik Owens and the audience. 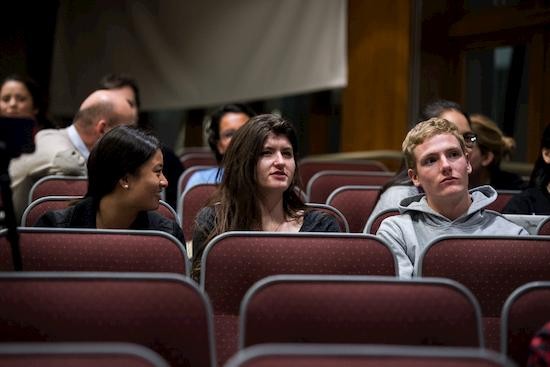 On October 25, the Boisi Center hosted Laurie Zoloth, Charles McCormick Deering Professor of Teaching Excellence at Northwestern University, for the 16th Annual Prophetic Voices Lecture. During her talk entitled, “An Ethics for the Coming Storm: A Theological Reflection on Climate Change,” Zoloth issued a prophetic call to action and called for climate change to be addressed.

Zoloth shared reports from the Intergovernmental Panel on Climate Change (IPCC) and other institutions to establish the urgency of the problem. She laid out the potential consequences humanity faces if it remains on its environmentally destructive course. She spoke of the international and intergenerational ethical dilemmas surrounding climate change, and how certain staples of capitalism and American life are responsible for the unfolding disaster.

She called upon the BC audience to “interrupt” their lifestyles—to challenge their complacency and comfort, and address the issues that are difficult but important to confront. With her ethics of interruption, Zoloth forcefully made the case that climate change requires making intentional choices that may cause discomfort or require sacrifice. The industrialized first world lifestyle imperils future generations and the poor, who are disproportionately in the crosshairs of climate change.

Using the Hebrew prayer, the shema from Deuteronomy 11, Zoloth invited her audience to think about the covenantal relationship of humanity and God found there, and the importance of that covenant on the environment.

Zoloth cited multiple scriptures from the Abrahamic faiths because “climate change undergirds all institutions and texts.” She argued that interruption, and ethics of hospitality, can lead to reconsideration and action on the individual level: unthinking consumption and materialism (less travel, a vegetarian diet, or refraining from purchasing or using packaged plastic goods), entering the polis (speaking on the issue by voting or civil protest), and really believing in what religion teaches (considering environmental stewardship a fundamental religious obligation).

Zoloth invoked the biblical and koranic narrative of the flood in Genesis to provide a metaphor for how unchanged behavior, ignorance, and destructive lifestyles can lead to catastrophe of biblical proportions. However, Zoloth concluded her lecture on an optimistic note regarding human agency, insisting: “Do not think for a minute that we are powerless.”

Zoloth, Laurie. “Making a Place: Jewish Views on Climate and Crisis, “ in Nature as a Force, edited by James Keenen, Georgetown, 2015

“A Conversation with the President,” American Academy of Religion. https://www.aarweb.org/publications/rsn-may-2014-a-conversation-with-the-president