The Rising Power of the American Dead

The Rising Power of the American Dead

What does the American legal system have to say about the rights of the dead? Surprisingly, quite a bit. These rules tell a hidden story about what we really value for both the dead and, more importantly, the living. Ray Madoff will discuss her new book, Immortality and the Law: The Rising Power of the American Dead (Yale 2010) which examines the distinctly American approach taken to the law of the dead. Americans have virtually no protections for the interests we hold most dear—our bodies and reputation—but when it comes to property interests, the American dead have greater control than anywhere else in the world. Moreover, these rights are growing—but not for the reasons you might think. Corporations are using the dead as a decoy to expand their own resources. 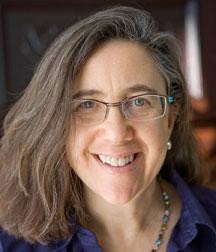 Ray Madoff is a Professor at Boston College Law School where she teaches trusts and estates, estate and gift, tax, estate planning, and a seminar on immortality and the law. She is the author of Immortality and the Law: The Rising Power of the American Dead (Yale 2010), which looks at how American law treats the interests of the dead and what this tells us about our values for the living. She is also the lead author of Practical Guide to Estate Planning (CCH), and has written in a wide variety of areas involving property and death. She is a frequent commentator on all matters involving property, taxes and death and has published several op-eds in the New York Times, as well as the LA Times and the Boston Globe. Professor Madoff has appeared on All Things Considered, Marketplace and the Leonard Lopate Show. Professor Madoff is a member of the American Law Institute, an Academic Fellow of the American College of Trusts and Estates Counsel and past chair of the Trusts and Estates Section of the American Association of Law Schools. She also serves on the Board of Directors of the ACTEC Foundation. 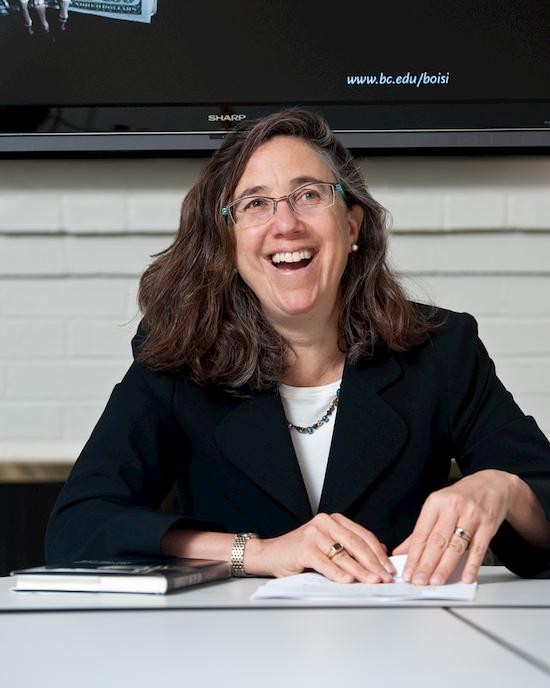 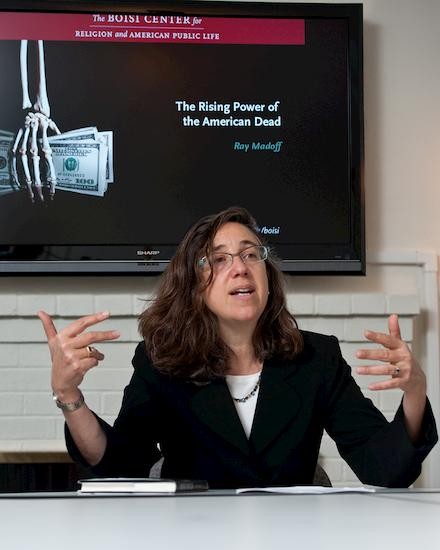 What do the living owe to the dead? Why should a person’s legal will be considered sacrosanct? And how do American views on death and taxes differ from those around the world? These are just a few of the questions Boston College Law Professor Ray Madoff takes up in her fascinating new book Immortality and the Law: The Rising Power of the American Dead (Yale, 2010), which she discussed at a lunch colloquium on October 5.

Madoff argued that there has been a dramatic rise in the powers granted to the deceased under U.S. law, and although the trend taps into American values of individualism and liberty, it is primarily driven by corporate interests. She focused on four legal contexts.  First, whereas control of property at death used to be limited to under a hundred years, today the deceased can determine ownership and use of property for a thousand years—and in perpetuity under some state laws. Second, charitable giving has changed dramatically: nineteenth-century tax laws allowed charitable gifts only to existing charitable organizations, but today one can create one’s own perpetual trust to fund, tax-free, any charitable purpose, forever.

Third, Madoff argues, American copyright law has expanded from protecting creative works for fourteen years—with an additional fourteen years if the creator was still living—to protecting them for 70 years after the creator’s death. This means, for example, that the work of young musician or novelist may not be available for public use until well into the twenty-second century. Fourth and finally, the right of publicity—the ability to control (and therefore sell) one’s likeness for commercial purposes—has sprung from zero to more than a hundred years after one’s death. Marketing control of personalities and image of such luminaries as Elvis Presley and Rosa Parks are now big business.

These increases in the rights of the dead have occurred quietly and incrementally, often on a state-by-state basis. But because the history of the United States is relatively short, Americans have little experience of the costs of such rights. Madoff warned that corporations are the most obvious beneficiary of expanded rights of the dead, and as these changes impose real costs, our “true legacy” will depend on the extent to which we favor the rights of the dead over those of the living.

"Legal Power from Beyond the Grave" by Ray Madoff, published in the Boston College Chronicle on April 29th, 2010.

An article from the Boston College Chronicle on Madoff's new book, Immortality and the Law.  The article features a look at the book, as well as some interview questions with the author regarding how to law has fallen on the side of the dead.

An op-ed addressing the undermining of the historical American preference for "meritocracy over aristocracy," brought about by the increasing use of perpetual "dynasty trusts" which have facilitated an American aristocracy that can retain its wealth forever.

An op-ed looking at "sensible reform of the federal estate tax."  Based on the American principle that "hard work should be rewarded and power should not be conferred by birth," Madoff proposes a compromise that would allow family farmers and small businesses to bequeath their wealth, while imposing appropriate taxes on the wealthy heirs of America.

An op-ed on the estate tax, arguing that its repeal "imposes significant costs on the taxpaying public and promotes concentrations of wealth that harm our democracy." Without the estate tax, beneficiaries receive large sums, free from both estate and income tax.

"Changes to U.S. Taxing After Death" An interview with Ray Madoff. (Marketplace)

An interview in which Madoff warns of the social costs of the Rising Power of the American Dead.  Our current approach to the rights of the dead, including "dynasty trusts," neglect our progeny and the future of our country. Because America has a relatively short history, we don't understand the effects of perpetual trusts. We have afforded such rights to the deceased that "if you have enough money, dead doesn't really mean dead anymore."

An interview in which Madoff points out that an American death is no death at all, because an estate can live forever.  In a distinctly American way, we have chosen to value property above all else. She explores how America is different than other countries in this way, and looks into American history at issues such as anatomical study in medical schools and the "grave robbing" industry it helped generate.

An interview with various commentators, featuring Madoff beginning at the 30:00 point. The whole program addresses issues related to her book, and Madoff comments on the "new gilded age" of the super rich alongside the other participants. She speaks on the "dreaded inheritance tax" and recent trends in the disparity of wealth in America.

Madoff discusses the problem of dynasty trusts and Congress' inactivity toward the zero tax on inherited wealth.