Race and the Religious Right: White Evangelicals, White Supremacy, and Their Consequences

Race and the Religious Right: White Evangelicals, White Supremacy, and Their Consequences 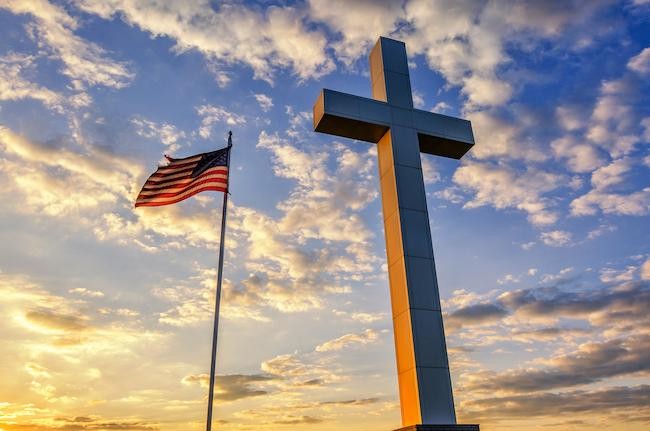 Please note: on February 3rd, attendees who registered for the webinar must be logged into their Zoom account (which is free) prior to clicking on the webinar link.

The origin of the Religious Right is typically attributed to the political move among white evangelicals to counter Roe v. Wade. Yet many now find evidence that the defense of life was a mere ruse to cover their actual intention: to uphold white supremacy. Beyond these foundations, the policies that have been advanced and supported by the Religious Right continue to have a negative impact on racialized persons in the United States, even if they are often couched in a values language that masks the true intent and affect. Recent studies have also shown that not only are policies harmful, even deadly, to racialized persons, the white evangelicals who support the Religious Right's policies are also being victimized. Join Randall Balmer (Dartmouth College), Anthea Butler (University of Pennsylvania), and Adrienne Jones (Morehouse College) in a conversation moderated by Susannah Heschel (Dartmouth College) exploring this history, the trajectory, and the consequences of white supremacy in the Religious Right. 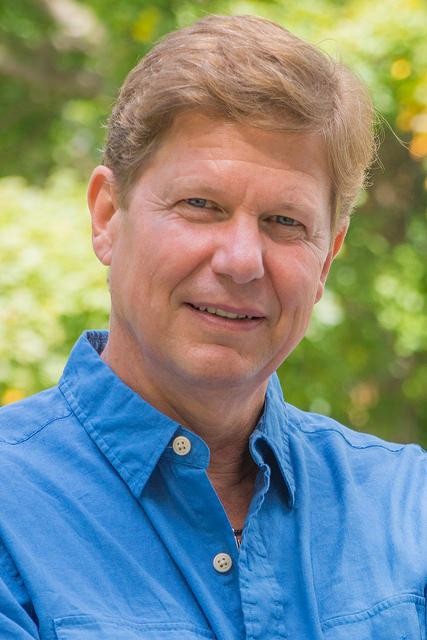 Randall Balmer is the John Phillips Professor in Religion at Dartmouth College. He is the author of more than a dozen books, including Redeemer: The Life of Jimmy Carter and Bad Faith: Race and the Rise of the Religious Right. His second book, Mine Eyes Have Seen the Glory: A Journey into the Evangelical Subculture in America, now in its fifth edition, was made into an award-winning documentary series for PBS. His commentaries on religion in American life appear in newspapers across the country, including the Los Angeles Times, the Concord Monitor, the St. Louis Post-Dispatch, and the Santa Fe New Mexican. 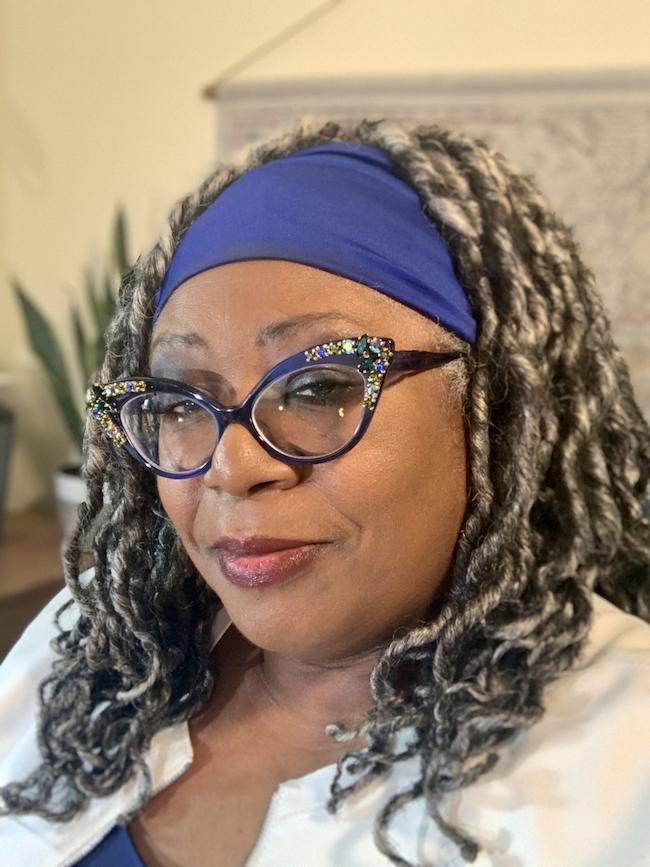 Anthea Butler is the Geraldine R. Segal Professor in American Social thought and Chair of Religious Studies at the University of Pennsylvania. A historian of African American and American religion, Butler’s research and writing spans African American religion and history, race, politics, Evangelicalism, gender and sexuality, media, and popular culture. You can find more of her writing and public engagement at Antheabutler.com

Butler’s recent book is White Evangelical Racism: The Politics of Morality in America.  She is also an author in the 1619 Book: A New Beginning, with a chapter entitled “Church”. Her first book is Women in the Church of God in Christ: Making A Sanctified World. Both are published by Ferris and Ferris/UNC Press.

Butler was awarded a Luce/ACLS Fellowship for the Religion, Journalism and International Affairs grant for 2018-2019 academic year to investigate Prosperity gospel and politics in the American and Nigerian context. She was a Presidential fellow at Yale Divinity School for the 2019-2020 academic year. Butler currently serves as President Elect of the American Society for Church history, and is also member of the American Academy of Religion, American Historical Association, and the International Communications Association.

A sought-after commentator, Butler is an op-ed contributor for MSNBC. Her articles have also been featured in the New York Times, The Washington Post, CNN, NBC, and The Guardian. She has served as a consultant to PBS series including  Billy Graham, The Black Church,  God in America, and Aimee Semple McPherson. 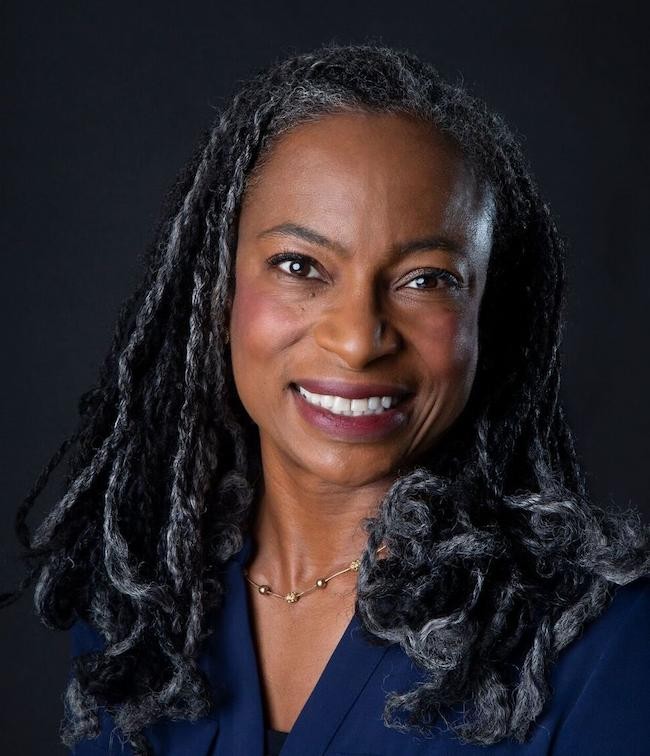 Dr. Adrienne Jones is an expert on voting rights and is Assistant Professor of Political Science at Morehouse College, where she teaches American politics, race, and law while also serving as the Pre-Law Director. Jones received her JD-PhD from Berkeley Law CUNY Graduate Center. Her doctoral dissertation is titled, The Voting Rights Act Under Siege: The Development of the Influence of Colorblind Conservatism on the Federal Government and the Voting Rights Act of 1965. 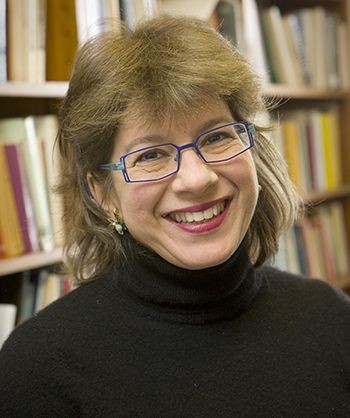 Susannah Heschel (moderator) is the Eli Black Professor and Chair of the Jewish Studies Program at Dartmouth College. She is the author of Abraham Geiger and the Jewish Jesus, The Aryan Jesus: Christian Theologians and the Bible in Nazi Germany, and Jüdischer Islam: Islam und jüdisch-deutsche Selbstbestimmung. She has also edited several books, including Moral Grandeur and Spiritual Audacity: Essays of Abraham Joshua Heschel, Insider, Outsider: American Jews and Multiculturalism, and most recently co-edited, with Umar Ryad The Muslim Reception of European Orientalism. She is a Guggenheim Fellow and the recipient of four honorary doctorates and has held research grants from the Carnegie Foundation, the Ford Foundation, the National Humanities Center, and the Wissenschaftskolleg zu Berlin.

An article in The Washington Post details the development of Christian nationalism in American history, with present-day implications such as the January 6th insurrection or a rise in white supremacy. What began with a colonial belief that “divine providence had ordained their domination of Indigenous land,” Christianity-based white supremacy has been present since the birth of America and persists in modern-day targeted an array of minority demographics. The article is the fourth in a series on Christian nationalism supported by the Pulitzer Center.

__________. Thy Kingdom Come: How the Religious Right Distorts the Faith and Threatens America: An Evangelical’s Lament. New York: Basic Books, 2006.

Butler, Anthea. “From Republican Party to Republican Religion: The New Political Evangelists of the Right.” Political Theology: The Journal of Christian Socialism 13, no. 5 (September 12, 2012): 634-651.

__________. White Evangelical Racism: The Politics of Morality in America. The University of North Carolina Press, 2021.

On February 3, the Boisi Center hosted a webinar entitled, “Race and the Religious Right: White Evangelicals, White Supremacy, and Their Consequences.” Organized in an effort to explore the origin and motivations of the Religious Right, the event was centered around recent scholarship that argues that the movement was founded and currently stands for the perpetuation of white supremacy. The panel featured Randall Balmer of Dartmouth College, Anthea Butler of the University of Pennsylvania, and Adrienne Jones of Morehouse College. Susannah Heschel of Dartmouth College served as the conversation moderator.

Particularly relevant to the conversation were the recent publications by Balmer and Butler of their books, Bad Faith: Race and the Rise of the Religious Right and White Evangelical Racism: The Politics of Morality in America, respectively. Further, Jones’s expertise in the Voting Rights Act and issues surrounding politics, race, and the law contributed to the important contextualization of our current political climate, characterized by an increasing number of laws passed that raise the barriers to political participation among marginalized groups in the United States.

Balmer began the discussion asking whether or not there is presently a moral core to the Religious Right, answering that he is not sure there is one. He marks the genesis of the movement as the defense of segregation and racism in the mid-20th century, tracing it through to the 2016 election in which 81% of white Evangelicals supported Donald Trump in the 2016 presidential election. Butler took a harder stance on the Evangelical movement, noting that authoritarianism is embedded within it. There is a focus within the movement on power structures, patriarchy, and politics, she argued. Balmer also noted that historically, the use of the Bible to engender a certain way of thinking among Evangelicals. Because Evangelicalism is so decentralized, he said, certain individuals at the center of the movement become the predominant arbiters of certain morals and beliefs. Additionally, Evangelicals tend to gravitate toward more authoritarian texts, such as those attributed to Saint Paul.

Jones added that white Evangelicalism can be compared to white supremacy in that it contains certain cultish elements. Because of the connection she sees between the two, Jones noted that she must often remind herself that she is not merely a post-Civil Rights thinker, and that there is always work that still must be done due to historical white backlash against the progression of Civil Rights.

Balmer also commented on the way Evangelicals are especially proficient in the language of victimization, which Donald Trump has made use of. They cite their own values and religiosity as being under attack within a multicultural environment. Butler responded to this by saying that Donald Trump was similar to a televangelist in the way he rallied support among his followers.

Ironically, despite the heavily biblical themes white Evangelicals claim to embody, the panel agreed that there seems to be intense theological cruelty from them, especially in the conversations surrounding abortion. Victim-blaming and punitive language from Evangelical pastors is evident, but why? Heschel cited the examples of Evangelical pastors blaming women for choosing not to carry their rapist’s child or expressing that the victims of Hurricane Katrina deserved what they got for practicing voodoo. Butler said that this cruelty is a show of power and a means of creating fear and control. Balmer and Jones agreed, threading this back to the topic of authoritarianism and moral codes.

The final thirty minutes of the webinar featured questions from the audience. When asked how decentralization and authoritarianism are connected, Jones answered that white supremacy is a perfect example of how decentralized systematic racism allows for authoritarian power and control over Black individuals. She cited historical forms of non-governmental voting intimidation, which worked to remove the full extent of citizenship from Black Americans. Another question addressed the overlap between white Evangelicals and right-wing bishops in the Catholic Church. Butler cited numerous points of comparison, particularly in the way that certain bishops have criticized and disregarded Black Lives Matter. Balmer responded by asking, “In what moral universe do the bishops praise Donald Trump and deny Joe Biden Holy Communion?”