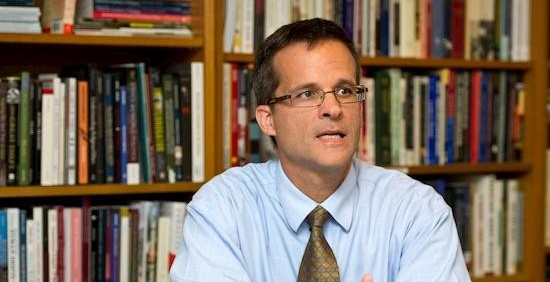 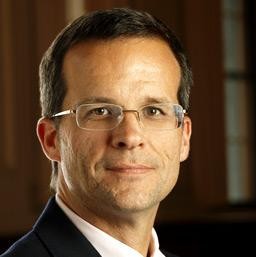 David A. Skeel, Jr. is S. Samuel Arsht Professor of Corporate Law at University of Pennsylvania Law School. Skeel is an expert in bankruptcy and corporate labor law. He holds a J.D. from the University of Virginia and a B.A. from the University of North Carolina. He has been interviewed on Nightline, Chris Matthews’ Hardball (MS-NBC), National Public Radio, and Marketplace, among others, and has been quoted in The New York Times, Wall Street Journal, The Washington Post, and many other publications. He is the author of Icarus in the Boardroom (Oxford, 2005) and Debt’s Dominion: A History of Bankruptcy Law in America (Princeton, 2001), as well as numerous articles and other publications. In addition to corporate law and bankruptcy, Skeel writes on sovereign debt law and religion, and poetry and the law, and is an elder at Tenth Presbyterian Church in Philadelphia. 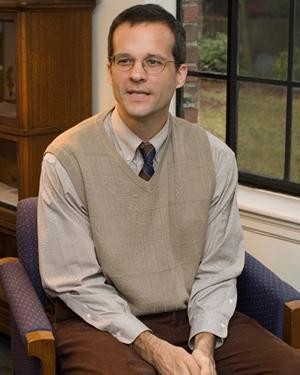 David Skeel at the Boisi Center

Last year Provost Cutberto Garza selected Alan Wolfe to lead a two-year faculty seminar on “Ways of Knowing and the Catholic Intellectual Traditions,” as part of a broader university initiative to examine the Jesuit and Catholic traditions here at Boston College. In addition to its seminars, the Catholic Intellectual Traditions (CIT) program also hosts public events, two of which were co-sponsored this year by the Boisi Center.

At a February 6th lunch colloquium, University of Pennsylvania law professor David Skeel argued that the scope of Christian legal scholarship today is shockingly narrow, despite the rising influence of theologically conservative Christians. As Skeel defines it, Christian legal scholarship engages secular legal scholarship while presenting either a normative theory of law based on scripture or tradition, or a descriptive account of the relation of Christianity and law. He explained the dearth of such work in elite law journals since 1900 as the result of tensions between religion and higher education that began in the late 19th century and grew as American evangelicals retreated from public life. Skeel noted, however, that Christian legal scholarship has increased in recent years, especially with regard to questions of church and state, natural law, legal ethics and Christian legal history.