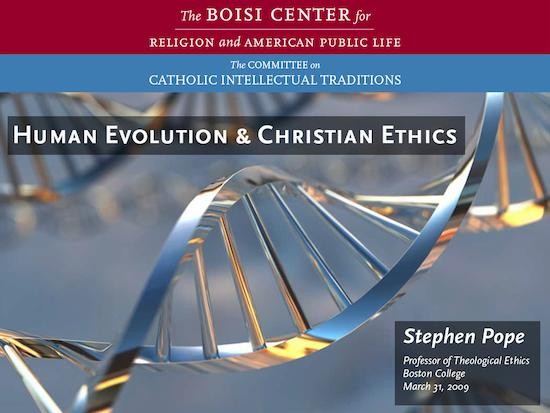 At the 200th anniversary of his birth, Charles Darwin's theory of human evolution continues to challenge and inspire all who contemplate the human condition, and especially the role of religion and ethics in our lives.  In a recent book Stephen Pope argues that Christian moral theologians must engage evolutionary theory rather than ignore it. He shows that our growing knowledge of human evolution helps to illuminate the conditions of human flourishing, both collective and individual. The resulting revised account of natural law and the cardinal virtues strongly affirms human dignity and an appreciation for the theological virtues of faith, hope and charity. 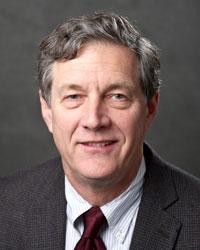 Stephen J. Pope is a professor of theology at Boston College.  He received his Ph.D. from the University of Chicago and has since taught and written extensively on social ethics and theological ethics.   Professor Pope is a member of the Society of Christian Ethics and the Catholic Theological Society of America. In 2007, he completed his most recent work, Human Evolution and Christian Ethics (Cambridge 2007). His other work include: The Evolution of Altruism and the Ordering of Love (Georgetown, 1994) and Essays on the Ethics of St. Thomas Aquinas (Georgetown, 2001). 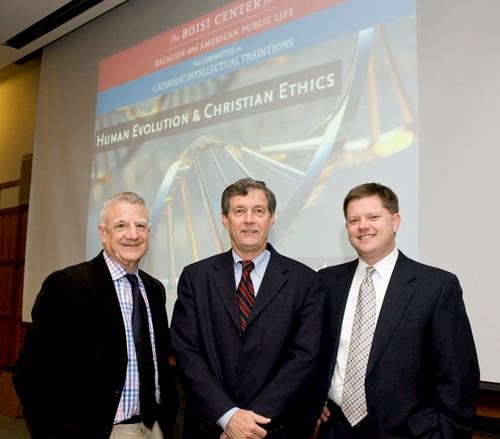 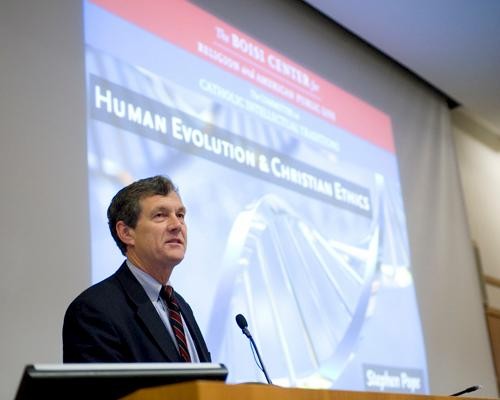 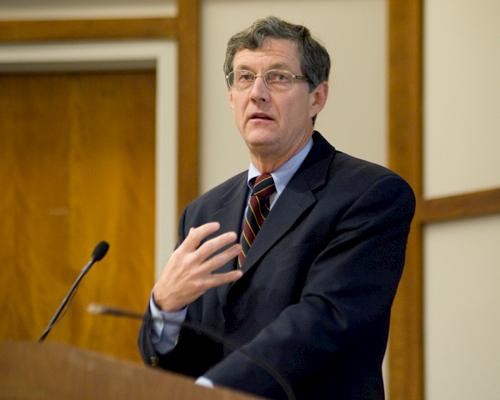 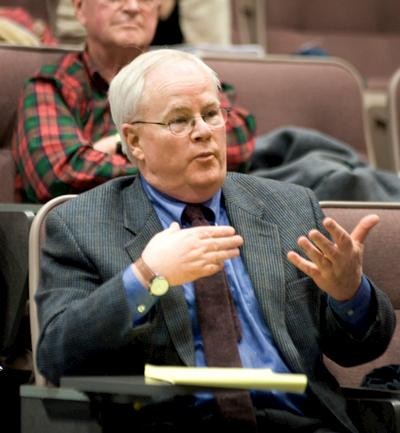 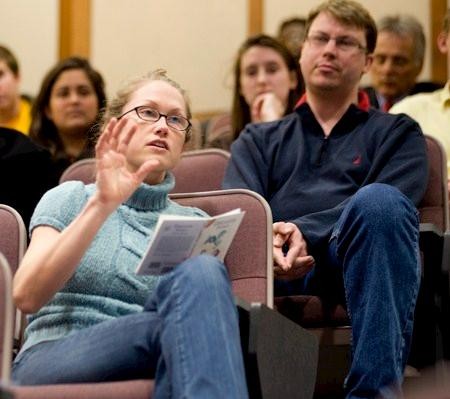 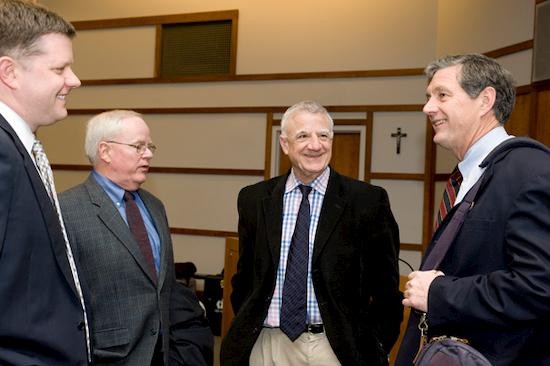 How does evolution inform Christian ethics? This was the central question explored in a major lecture delivered on March 31 by Stephen Pope, Professor of Theology, Boston College. Pope is the author of the book Human Evolution and Christian Ethics, published in 2008. His lecture was co-sponsored by the seminar on the Catholic Intellectual Traditions that wrapped up its work this Spring. (See the Director’s Letter on p.1 for details.)

Evolution can be understood as a scientific fact or as an ideology. The scientific community agrees that evolution occurs, but a large number of Americans believe in the literal story of Genesis, in direct opposition to this claim. Many people fear an evolutionary ideology that promotes eugenics and other means of harming the human being. Academic Christian ethics generally rejects the usefulness of biology and evolution to its enterprise, but Pope argued that there is indeed value in evolution for Christian ethics.

A necessary biological function for morality emerges from understanding evolution. Species depend on encouraging trust and loyalty in culturally acceptable ways, in order to promote evolutionary success. This has five implications for Christian ethics: (1) understanding the evolutionary roots of ethics in relation to the natural law, (2) assessing our own moral commitments and integrity, (3) properly directing our behavioral and emotional responses, (4) recognizing selfishness as original sin and (5) transcending constraints of an evolutionary past.

Evolutionary altruism is another insight Christian ethicists have from evolution. This accounts for Christian love – agape – which is reproductively detrimental. Only agape and natural love can explain human behavior completely. Pope notes that justice rather than biology obliges human beings to act beyond natural love. Genetically, humans have a morality towards others in their group, but an enmity towards outsiders. Christian ethics challenges the natural zones and helps move people beyond the imperative of genetic love.

A final contribution evolution makes to Christian ethics pertains to the nature of human dignity. Evolution is often perceived to undermine human dignity, for if we are descended from monkeys, we are no better than monkeys. Pope argued that dignity does not simply equal the various traits of different people, but rather the whole person as loved for being an individual. Consequently, there is continuity with other species and a responsibility within the natural person to honor that relationship. The church upholds human dignity in practical ways to combat the risk that evolution will undermine that dignity.