Co-sponsored with the Boston College Law School and the Carroll School of Management.

The Affordable Care Act has the potential to dramatically impact some of the largest industries in the United States and, as a result, has raised deep concerns from members in the business, religious, and political communities. Proponents of large-scale healthcare reform anticipate improvements in social justice, quality of life and economic stability for millions of Americans, while critics predict economic disaster and the oppression of religious believers who reject the law's contraceptive coverage mandate. To make sense of this complex and profoundly important issue, the Boisi Center joins with the schools of law and management to bring together distinguished experts in business, law, ethics and theology for a robust conversation. 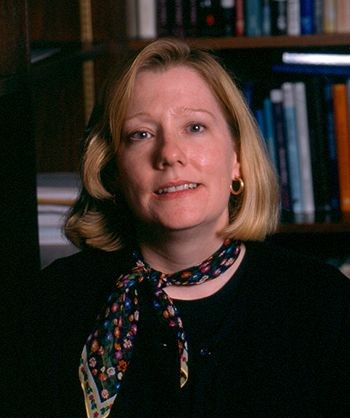 M. Cathleen Kaveny is the Darald and Juliet Libby Professor of Boston College, a position that includes appointments in the department of theology and law school. Kaveny previously held the position of John P. Murphy Foundation Professor of Law and Theology at Notre Dame Law School. Kaveny has published over forty articles and essays in journals and books specializing in law, ethics, and medical ethics. She has served on several editor boards, including the American Journal of Jurisprudence, the Journal of Religious Ethics, the Journal of Law and Religion, and the Journal of the Society of Christian Ethics. In the media, her accomplishments include combining research and religion into the curriculum of her ethics seminars, speaking at a Vatican conference in 2001 and meeting with Cardinal Rratzinger in 2005. On March 1, 2012, Kaveny was the guest on The Daily Show with Jon Stewart where she discussed the legal and theological issues surrounding the Catholic Church's position on contraception. She is a blogger and columnist for Commonweal magazine, an online journal that publishes editorials, columns, essays and poetry as well as both film and book reviews. She earned an A.B. from Princeton University and an M.A., M. Phil., J.D. and Ph.D. from Yale University. 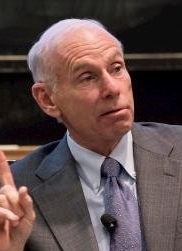 John LaMattina is a senior partner at PureTech Ventures. He is a former senior vice president at Pfizer and president of Pfizer Global Research and Development Pharmaceuticals. During his tenure as head of Global R&D, Pfizer produced new treatments for cancer, smoking cessation, rheumatoid arthritis and AIDS. LaMattina is the author of numerous scientific publications and holds a number of U.S. patents. He is also the author of Drug Truths: Dispelling the Myths About Pharma R&D and Devalued and Distrusted–Can the Pharmaceutical Industry Restore Its Broken Image?, and a contributor to Forbes.com. LaMattina graduated from Boston College with a B.S. in Chemistry and received his Ph.D. in Organic Chemistry from the University of New Hampshire. 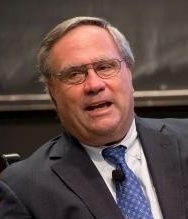 Peter Markell is currently executive vice-president of administration and finance, CFO & treasurer at Partners HealthCare Systems. Markell leads a number of strategic efforts aimed towards care redesign and patient affordability. Prior to his positions at Partners, he was a partner at Ernst and Young, where he was responsible for a variety of activities including mergers and acquisitions, financial strategies, taxes, Securities and Exchange Commission filings and interactions, and restructuring account executive expenditures. In his role as partner, Markell was in charge of Human Resources and Administration, including the management of the merger and consolidation of Ernst & Whinney and Arthur Young in New England. Markell is a Certified Public Accountant and earned his B.S.and B.A. with concentrations in Accounting and Finance from Boston College. 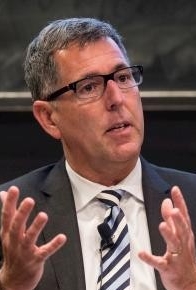 Eric H. Schultz is president and chief executive officer of Harvard Pilgrim Health Care. During his 26-year career in health care, Schultz has aimed to define and implement changes that have led to improvements and greater efficiencies in both the cost and delivery of health care. Prior to joining Harvard Pilgrim, Schultz was president and chief executive officer of Fallon Community Health Plan. He has also held executive positions with CIGNA Healthcare, where he oversaw plan operations for Eastern Missouri and Southern Illinois, and with Prudential Healthcare where he led its Nashville and Memphis commercial and Medicaid business. He has served as medical group administrator for Nashville Healthcare Group and was responsible for building a clinical delivery site for Nashville’s largest primary care group practice. Schultz holds an MBA in Health Care Leadership from Yale University’s School of Management, as well as a B.S. in biology and a B.A. in economics from the University of Connecticut. 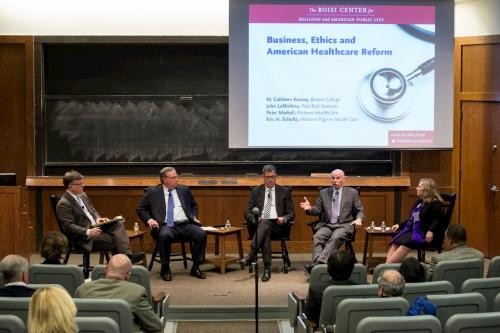 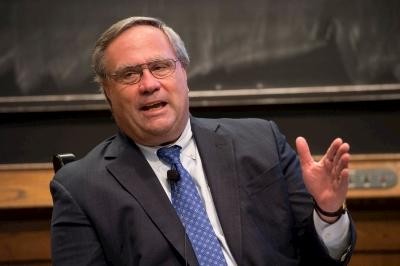 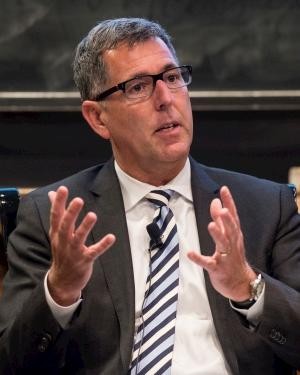 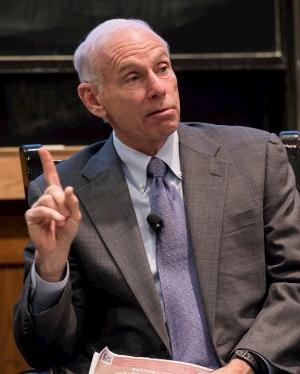 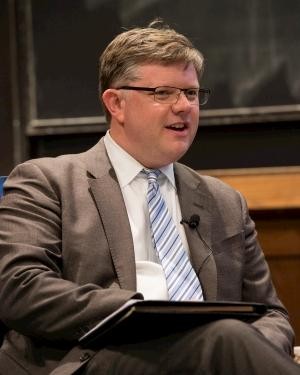 The panel sought to rise above the hyperbolic language of partisan politics in order to provide a more nuanced assessment of the challenges and future of American healthcare and insurance reform. Markell noted that the difficulty of addressing high costs stems from an imbalance in the financial structure: three percent of the population drives fifty percent of healthcare costs. Speaking from his perspective in the insurance industry, Schultz added that the ACA is counting on young, healthy people to con- tribute to the insurance market at rates disproportionate to their use of healthcare. LaMattina explained that the high costs of drug prices reflect the expensive research and development required to bring a drug to market.

Kaveny supplemented the discussion of practical business concerns by outlining a Catholic ethical perspective. She spoke of the long history of community-based healthcare within the Catholic tradition, and reminded the audience that many of Jesus’s miracles were focused on healing the sick and marginalized members of society. Catholic-run hospitals have become one of the most important providers of healing and treatment in the United States. The Catholic moral tradition has long maintained that individuals have a right to basic healthcare. The panel agreed, though, that what constitutes “basic health care” is still a matter of intense debate in this country.

The panel discussed whether implementation of the ACA marks a shift toward the ethical understanding Kaveny laid out. It seemed generally agreed that while the new law moves in the direction of positive reform, it leaves many problems unaddressed while also creating new problems. Owens pushed the panel to say what an appropriate arrangement of cost-sharing of healthcare expenses across society would be, but panelists were not able to reach a consensus on the question.

Following the discussion, members of the audience—including those viewing the live broadcast online—had the opportunity to ask the panel specific questions. The panelists and audience discussed difficulties raised by Medicare guidelines based on outdated life expectancy projections. Additionally, the panel agreed that the politicization of healthcare has prevented the adoption of effective solutions to the rising costs and need for healthcare and insurance. By bringing together business, ethical and theological concerns about a crucial topic, this terrific conversation served as a perfect closing event of the year.