On March 24 the Boisi Center hosted a full-day conference entitled “Blasphemy, Free Expression and Journalistic Ethics” to discuss the conflicts that arise when religious values confront the journalistic ethics of free speech and a free press. The event brought journalists, religious leaders and scholars together in a rare conversation across professional and religious boundaries. 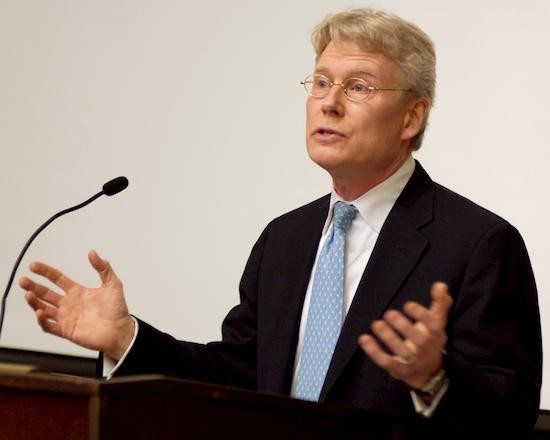 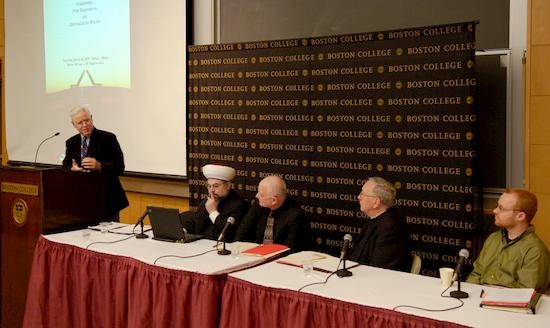 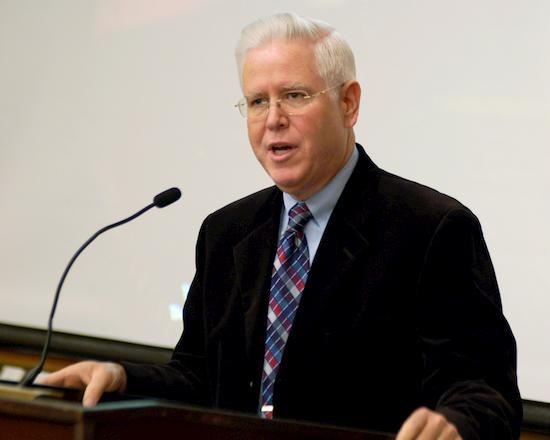 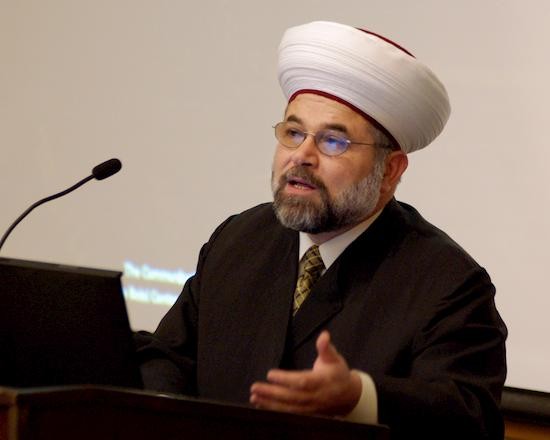 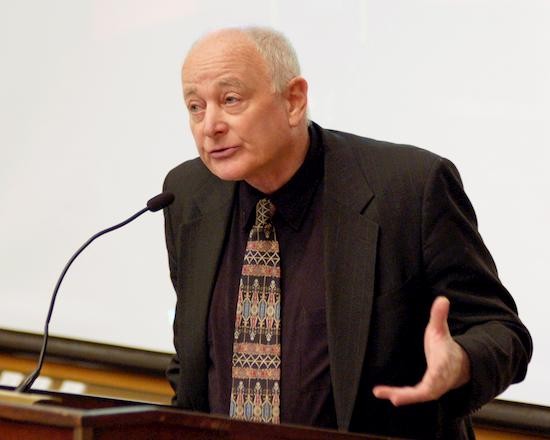 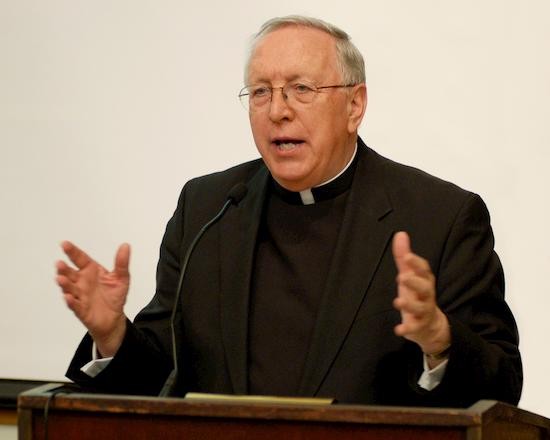 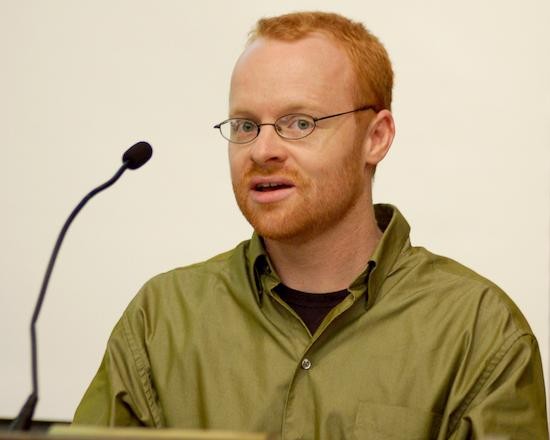 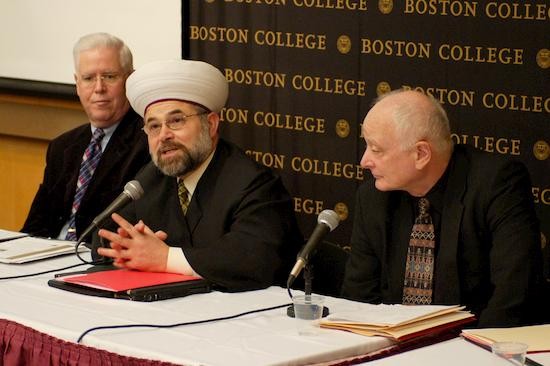 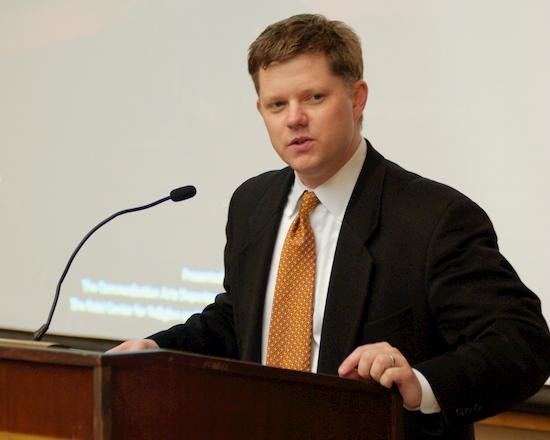 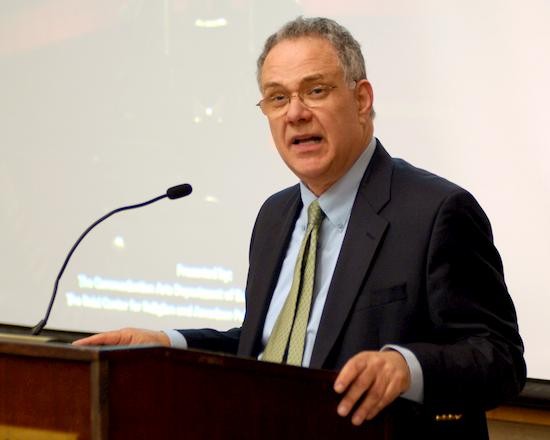 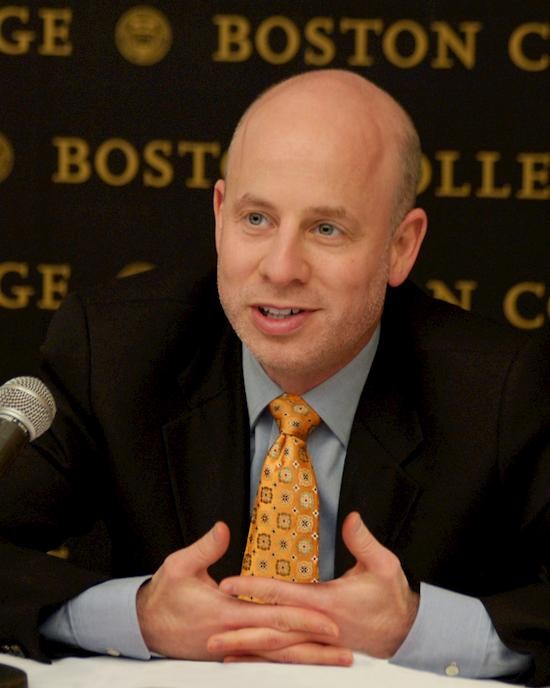 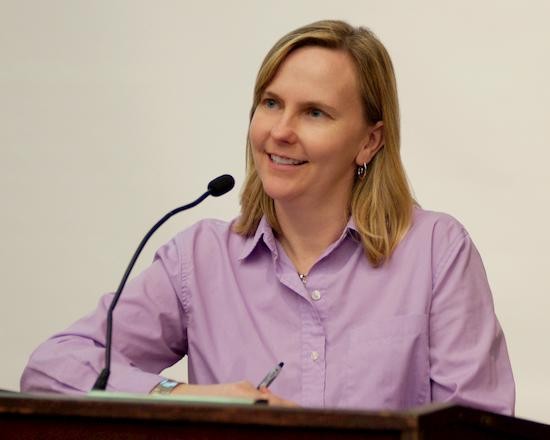 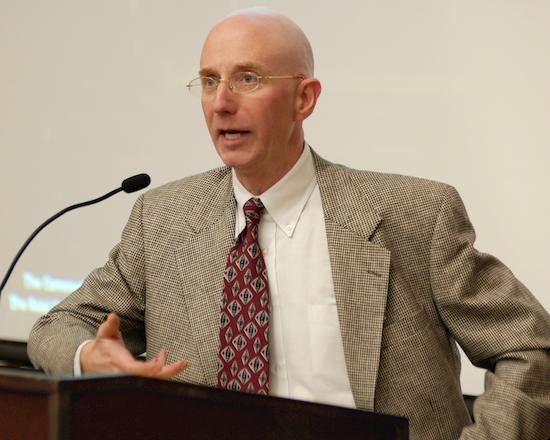 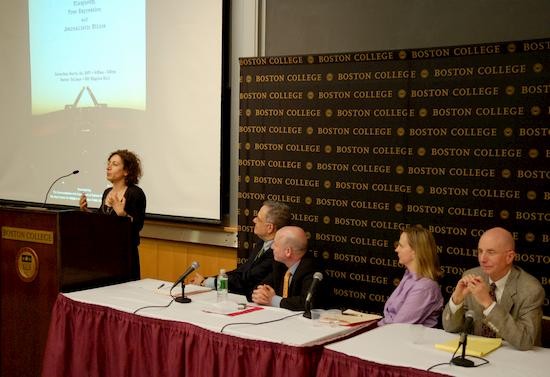 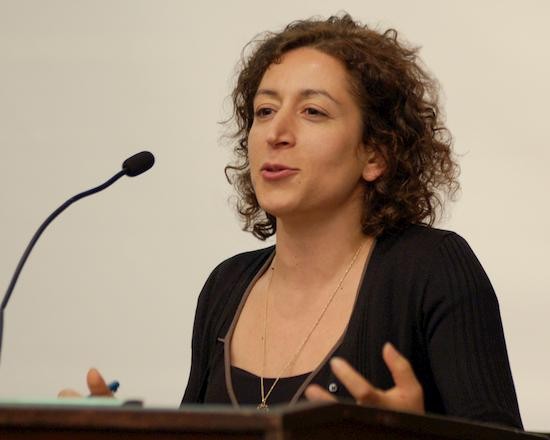 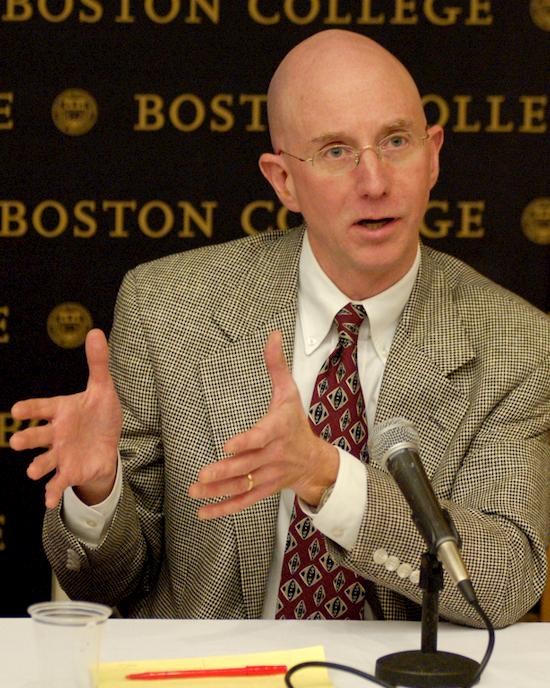 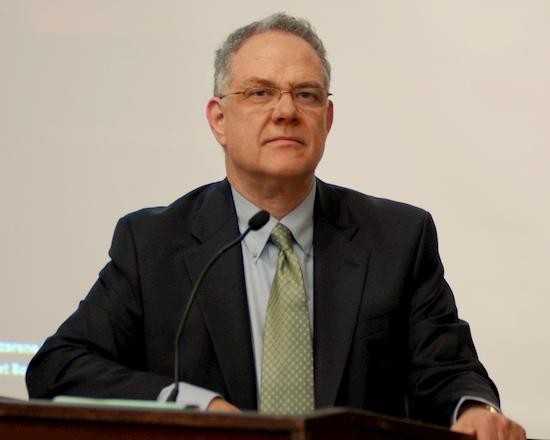 On March 24 the Boisi Center hosted a full-day conference entitled “Blasphemy, Free Expression and Journalistic Ethics” to discuss the conflicts that arise when religious values confront the journalistic ethics of free speech and a free press. The event brought journalists, religious leaders and scholars together in a rare conversation across professional and religious boundaries.

A morning keynote address by Charles Haynes, senior scholar at the First Amendment Center in Washington, D.C., provided excellent context for the day’s discussion. Haynes appealed to Roger Williams, the founder of Rhode Island for whom religious freedom and free speech were inextricably intertwined. “The very power [to censor speech] that protects a religious group today will be used against them tomorrow,” Haynes said. “What is blasphemy to one is religious conviction to another.” A recent poll indicates that 43% of Americans do not believe “people should be allowed to say things in public that might be offensive to religious groups.” As a result, speech codes—many of which, Haynes argued, are unconstitutional—have flourished in American schools and universities. Rather than enacting speech codes, he said, the best way to sustain a commitment to free speech without abandoning the norms of civil discourse is to better educate citizens about religion, especially in secondary schools and universities.

The conference continued with an interfaith panel discussion of blasphemy and religious offense, moderated by Philip Cunningham, director of the Center for Christian-Jewish Learning at Boston College (BC). Imam Talal Eid, founder of the Islamic Institute of Boston, told the audience that American Muslims cherish free speech and that it is no coincidence the Danish cartoons did not cause rioting here. He recounted stories of the Prophet and other passages from the Qur’an that advocated peaceful tolerance of—and meaningful dialogue with—people of other faiths. Larry Lowenthal, executive director of the Boston chapter of the American Jewish Committee, affirmed his community’s support of the First Amendment, but then described several issues that can test it, including criticism of fellow Jews, criticism of Israel, and discussions about complicity in the Holocaust. Rev. Edward O’Flaherty, S.J., director of the Boston Archdiocese’s Office of Ecumenical and Interreligious Affairs, noted that “blasphemy” and “slander” (both of which connote willful destruction of a reputation) are alternate translations of the same word in the Greek New Testament. Contemporary forms of slander should be strongly rebutted, he said, but definitely not censored, and the Church should not lobby for restrictions on free speech. Rev. Eric Severson, associate professor of religion at Eastern Nazarene College (ENC) recalled Newsweek magazine’s 2005 report about mistreatment of the Qur’an at the U.S. prison camp in Guantanamo Bay. While an awful truth was rightly revealed in this case, he argued, Newsweek’s editors should have written the story in a less provocative manner. “Journalism is not just fact-finding and fact-reporting; it is social reformation,” he said.

The afternoon panel moderated by Soterios Zoulas (conference co-organizer and associate professor of communication arts at ENC) brought four distinguished broadcast and print journalists together. Michael Paulson, religion reporter at the Boston Globe, began by recounting the paper’s coverage of the sexual abuse scandal in the Catholic Church that earned him (and others at the Globe) a Pulitzer Prize in 2003. He then discussed two tensions religion reporters face: finding the proper tone (do journalistic subjects deserve deference or merely respect?) and choosing the proper content (balancing coverage of “lived religion” and “institutional religion”). The next speaker, Monica Brady-Myerov, covered the sex abuse scandal in the Boston Archdiocese for WBUR Radio, an NPR affiliate in Boston. She noted how the Catholic Church had previously seemed above journalistic reproach, and that her reporting since then had focused on its poor institutional management. Former New York Times reporter Gustav Niebuhr, currently professor of religion and society at Syracuse University, spoke about the limits of free speech in a diverse society. He approved of legal bans on hateful speech that incites violence, and argued that journalists need to be educated in various “symbol systems” so they understand what makes certain statements deeply offensive. The final panelist was Hanna Rosin, reporter for the Washington Post and author of a forthcoming book on evangelical colleges. She recounted the Post’s infamous 1995 article describing evangelicals as “poor, uneducated and easy to command,” and remarked that although religion reporting has greatly improved in recent years, it remains the case that even ill-informed speech should be protected.

The Boisi Center would like to thank the numerous organizations who helped to organize and sponsor this event. The conference was presented jointly by the Boisi Center and the Communication Arts Department at ENC. We received generous financial assistance from organizations at both schools: at BC, the Center for Christian-Jewish Learning, the Jesuit Institute, BC Magazine, and the Winston Center for Leadership and Ethics; at ENC, the Division of Religion and Philosophy, the DeFreitas Mission Program (funded by a grant from the DeFreitas Foundation) and the Music Department. The text or multimedia from several of the presentations, including Dr. Haynes’ keynote address, is available on our website.