The Legal and Religious Status of Women in Nigerian Society

The Legal and Religious Status of Women in Nigerian Society 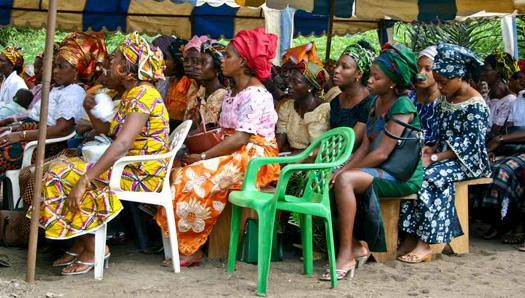 What are the practical and theoretical challenges to protecting women’s rights under Shariah Law in Northern Nigeria? Can the tensions between the secular rule of law and the "new Shariah" in Nigeria be reconciled? Drawing from her experience as a lead attorney with a team devoted to the cause of human rights for women in Nigeria, Ibrahim will speak about her pursuit of justice for her clients and the challenges of defending women under the severe sentences stipulated by Nigerian Shariah Courts.

Hauwa Ibrahim is a Visiting Lecturer on Women's Studies and Islamic Law at Harvard Divinity School and is currently a fellow at both the Human Rights Program and the Islamic Legal Studies Program at Harvard University. She is also a senior partner at Aries Law Firm. Working as a lead attorney with a team devoted to the cause of human rights for women in Nigeria, she has won a number of precedent-setting cases before Islamic Sharia courts. Ibrahim has been a visiting professor at Saint Louis University School of Law and Stonehill College, as well as a World Fellow at Yale University. In 2005, she was awarded the Sakharov Prize for Freedom of Thought by the European Parliament, which honors individuals or organizations for their efforts on behalf of human rights and freedoms. She was cited for her work as defense counsel in approximately 50 cases that were brought under the aegis of Sharia law, many of which involved women sentenced to death by stoning. Ibrahim earned an LLB and a masters in international law and diplomacy from the University of Jos in Nigeria; a BL for legal practice from Nigeria Law School; and a masters of law degree in international studies at American University’s Washington College of Law. 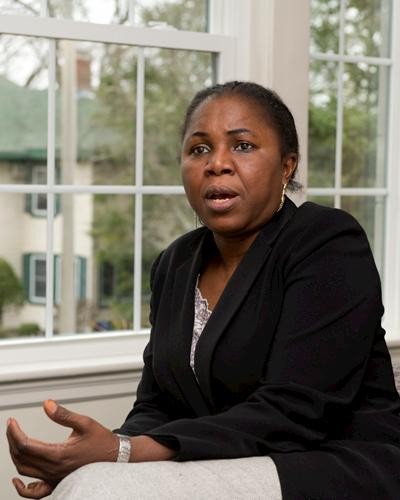 Hauwa Ibrahim spoke at a lunch colloquium presentation about Women in Nigerian Society on March 23, 2011 at The Boisi Center. 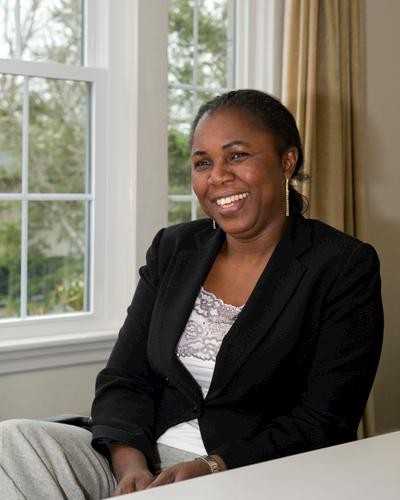 What are the challenges of protecting women’s rights under sharia law in Northern Nigeria? On March 23, Hauwa Ibrahim, a Nigerian attorney and visiting lecturer at Harvard Divinity School, detailed her experiences defending women in a number of precedent-setting cases to a riveted audience at the Boisi Center. As senior partner at her firm in the capital city Abuja, Ibrahim has challenged the “new sharia” launched in Nigeria in October 1999. The new laws, deriving from the Maliki School of Islam, incorporate severe punishments including amputation of limbs, stonings and floggings, and are based on what Ibrahim refers to as the “eye for an eye concept.”

Ibrahim argued that the tensions between the secular rule of law and the new sharia in Nigeria are best reconciled within the social system, rather than through international interventions that might undermine important cultural institutions. For example, Nigerian women’s literacy rates are much lower than men’s, but it would be counterproductive to pose the issue as one of human rights, Ibrahim said, since the idea of gender equality simply doesn’t fit the predominant understanding of gender roles. Recognizing that Nigerian men want their sons to have better lives than they had, she persuaded community leaders that educated mothers could better help their sons with homework and therefore improve the boys’ prospects of succeeding in the future. This approach was well-received by conservatives in the community, who were otherwise known to be opponents of women’s education.

Ibrahim explained that sharia itself was not the problem, but rather interpretations of sharia that emphasize only bits and pieces of text without looking at its broad message of justice. Her strategy does not stop at winning cases, but extends to winning the hearts and minds of villagers as well, so that her clients may go back to their community and live with them in peace. Through a well-informed approach of knowing the law inside and out, staying focused amidst media pressure, and appealing to deep emotions when necessary, Ibrahim has achieved undeniable success in her efforts for the justice of her clients as well as Nigerian society as a whole.

Text of an interview with Ibrahim from the PBS Frontline World Series: "Nigerian Women Speak Out."

Ibrahim talks about the case of Amina Lawal, her past and experience as a female lawyer amidst the realities of Nigerian society.

Griswold describes the battles of Christianity and Islam in the Nigerian context, as well as the promises and attempts each makes to recruit new believers.

Dancing on the Brink, by Ambassador John Campbell.

John Campbell explores Nigeria's post-colonial history and presents a nuanced explanation of the events and conditions that have carried it to the brink of state failure, ending with suggestions of how we can help.

The Council on Foreign Relations Religion and Policy Series: Electoral and Religious Conflict in Africa, by Erik Owens from the Huffington Post, Dec 1st, 2010.

Nigeria's role in Africa in the next 50 years, by Amb. Robin Renee Sanders, the U.S. ambassador to Nigeria, from the Huffington Post, Dec 1st, 2010.

"The approach of elections next month in Nigeria has raised hopes and apprehension in almost equal measure," writes Peter M. Lewis of Johns Hopkins University ("Nigeria: Politics at a Pivotal Moment," AllAfrica.com, 14 March 2011).