1960 and 2008: The Continuities and Disparities Between Obama and Kennedy

1960 and 2008: The Continuities and Disparities Between Obama and Kennedy 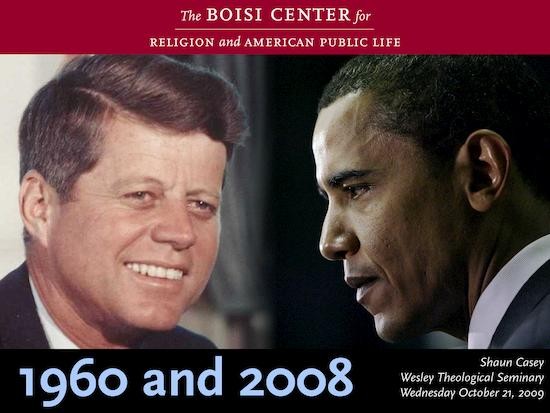 Commentators often draw comparisons between President John Kennedy and President Barack Obama.  Shaun Casey, author of The Making of a Catholic President: Kennedy vs. Nixon 1960, will examine the electoral strategies of both candidates with special attention to the role of religion in each campaign.  Religion was a crucial factor in each election and both Kennedy and Obama deployed sophisticated faith outreach strategies to overcome weaknesses with major faith groups. 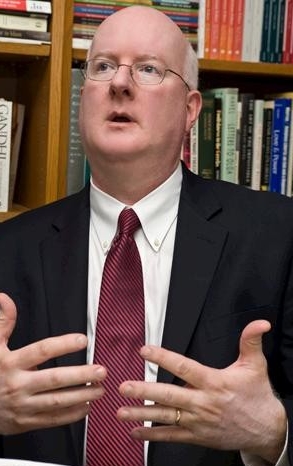 Shaun Casey is a professor of Christian ethics and Director of the National Capital Semester for Seminarians (NCSS) at the Wesley Theological Seminary in Washington D.C. Casey served as senior advisor for religious affairs for the Obama campaign and was National Evangelical Coordinator in the 2008 presidential campaign. He received his Th.D. in Religion and Society from Harvard Divinity School and his M.P.A. from the Kennedy School of Government. His research interests include ethics and international affairs, the public implications of religious belief, and the intersection of religion and politics.  He is most recently the author of The Making of a Catholic President (Oxford, 2009), a book on the state of the “religious question” during the 1960 presidential campaign of the late John F. Kennedy. He is a member of the American Academy of Religion and serves on its Committee on the Public Understanding of Religion. 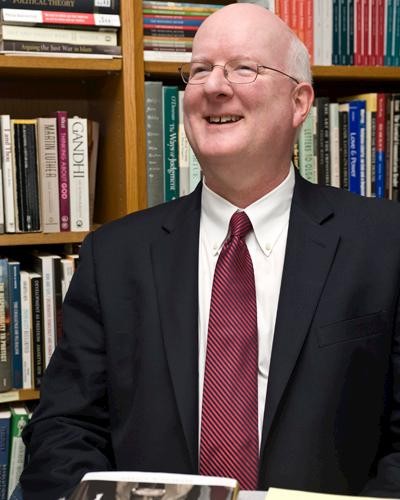 Shaun Casey at the Boisi Center 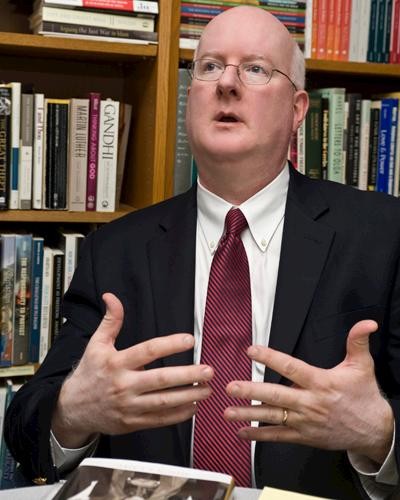 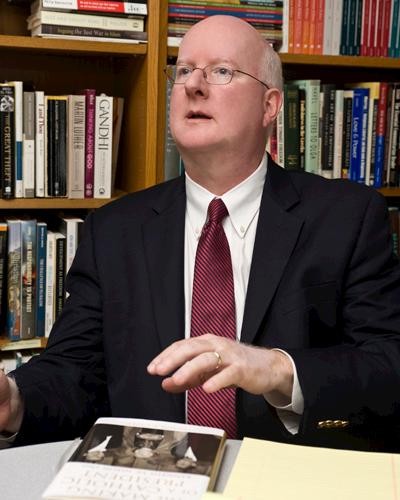 Shaun Casey, a professor of Christian ethics at the Wesley Theological Seminary in Washington, DC, spoke at the Boisi Center on October 21 about the parallels between the 1960 and 2008 presidential campaigns, particularly with regard to the so-called “religion question.” As the author of a recent book on John F. Kennedy’s election, The Making of a Catholic President: Kennedy vs. Nixon 1960, and a director of religious outreach for the 2008 Obama presidential campaign, Casey offered a wealth of insight into how—and how deeply—religion influences and mobilizes American voters.

Religion was a critical issue in both the 1960 and 2008 campaigns. Kennedy’s Irish Catholic identity created great fear and suspicion about his ultimate loyalty—would he bow to the Pope’s wishes on matters of American policy?—while Obama faced criticism for his affiliation with black liberationist pastor Jeremiah Wright and suspicion of his Muslim family heritage and middle name.

Both candidates took the challenge seriously and employed remarkably similar political strategies, Casey argued. First, they sought to educate themselves about the contours of American religion in their day. Second, they were both eager to talk about matters of faith with leaders across the religious and political spectrum. Third, they both used speeches at crucial points in the campaign to assert their principles and address their critics head-on. And fourth, they hired dedicated staff members to reach out to specific religious communities.
Despite these important structural similarities, however, both the political context and the content of the candidate’s responses differed in crucial ways from 1960 to 2008. Kennedy answered questions about the role of religion in his political life by saying, in his famous September 1960 speech to a gathering of Protestant ministers in Houston, that his religious beliefs were his “own private affair,” “important only to me,” and would not prevent his support for strict separation of church and state. Obama, like most candidates in the 2008 campaign, took the opposite approach; in several key speeches (most notably his 2006 “Call to Renewal” speech and his 2008 “More Perfect Union” address) he carefully articulated the impact of his Christian faith on his views on race, social policy, war, and many other issues.

Casey closed his presentation by reflecting on the pioneering campaigns both presidents successfully employed, and speculated that future candidates would do well to learn from their efforts.

"How America Decides" by Amy Sullivan

One electorate under God? : A Dialogue on Religion and American Politics, edited by E.J. Dionne, Jr., Jean Bethke Elshtain, and Kayla M. Drogosz, 2004.

"Shaun Casey: The Making of a Catholic President" interview on PBS