After the Culture War? Shifts and Continuities in the Obama Era and Beyond

After the Culture War? Shifts and Continuities in the Obama Era and Beyond 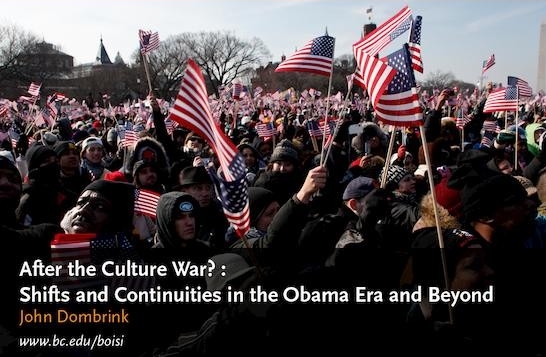 This presentation will discuss certain key enduring and shifting elements of the American culture war as it moves forward: the broadening and moderating of the role of religion; the drop in salience of certain wedge issues, such as same sex marriage; continued ambivalence surrounding abortion and reproductive rights; and the rise of a new/old culture war resistance (“You Lie,” “birthers,” “tea parties”) that makes the predictions of realignment and hopes for post-partisanship weaker. Together, the elements suggest a reconfiguring of the culture war. 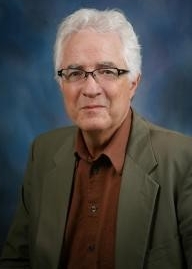 John Dombrink is a professor in the Department of Criminology, Law & Society at the University of California, Irvine. He is the co-author of  The Last Resort: Success and Failure in Campaigns for Casinos (1990); Dying Right: The Death With Dignity Movement (2001); and Sin No More: From Abortion to Stem Cells -- Understanding Crime, Law and Morality in America (2007). His ongoing research examines “morality contests” in American culture, assesses the status of American laws and attitudes toward the sphere of personal morality, and addresses the issues of “values voters,” polarization, religion, ambivalence, and framing strategies. 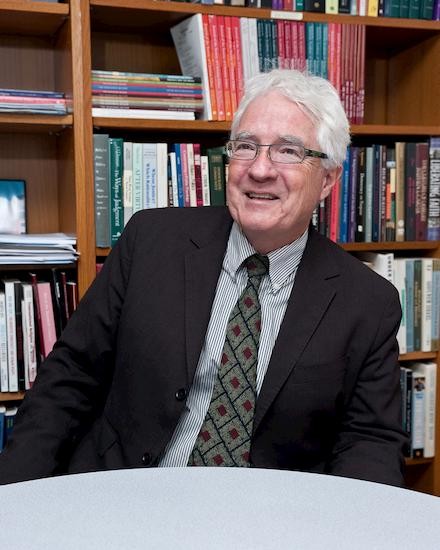 John Dombrink at the Boisi Center 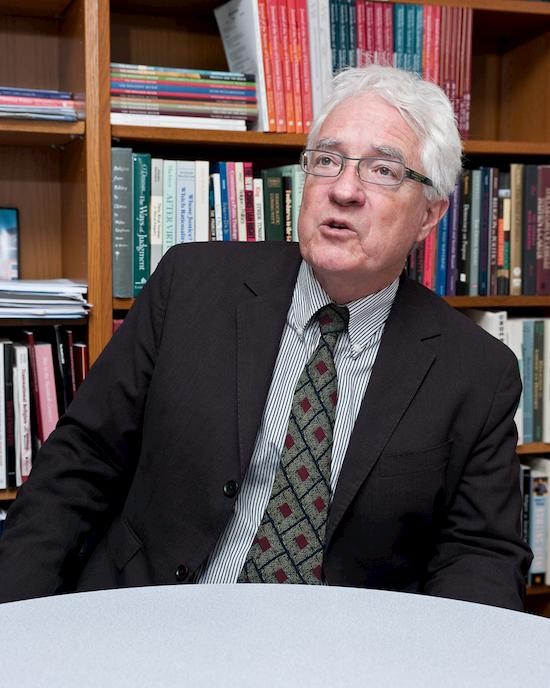 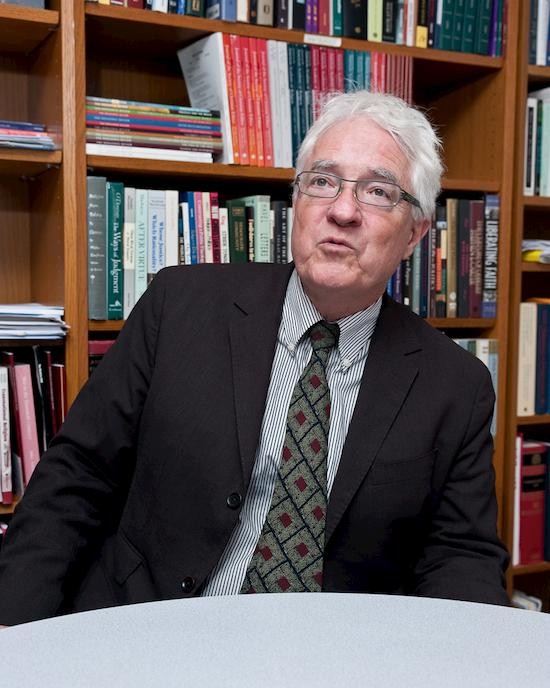 In the shadow of the Tea Party movement, angry town hall meetings, and an increasing level of polarization in American politics, John Dombrink spoke about the future of the culture wars at the Boisi Center on February 17.

According to Dombrink, while predictions that Obama’s election would signal a new age of bipartisanship and unity in American politics were off base, certain culture war issues of the early 2000’s will in fact fade in coming years. New conflicts, however, will also arise.

Dombrink discussed four main themes: the broadening and moderating of the role of religion in politics; the drop in importance of certain concerns such as same sex marriage; continued ambivalence surrounding the question of abortion; and the rise of an angry culture war backlash which came out during the town halls of the health care debate.

Regarding religion, Dombrink said that while churchgoers still mostly vote Republican, there has been a change in some evangelicals in recent years, as the focus moves away from hot-button issues like gay marriage, and toward more “common ground” concerns like HIV/AIDS, the environment, and human trafficking.

One thing Dombrink believes will continue to persist is what he calls Americans’ ambivalence on the question of abortion. Abortion is a gray area for most Americans, despite the heated passions on both extremes. Dombrink pointed to polls by the Pew Research Center which indicate that most people believe abortion should be legal in either some or most cases, but have various restrictions. Only around 20% on each side think it should either always be legal or always be illegal.

Finally, Dombrink spoke about the angry backlash toward Obama and the Democrats in 2009, calling it the remnant of past culture war battles that are probably already fought and settled. He quoted Michelle Goldberg, who said the tea parties and the Christian right “[share] a sense of furious dispossession, a conviction that the country that is rightfully theirs has been usurped by sinister cosmopolitan elites.”

In this piece, written after President Bush’s re-election, Professor Dombrink examines the ‘culture war’ by focusing on a group most pundits and analysts forgot about: the large, silent majority of ‘purple state’ voters whose views on moral and social issues could not be categorized into red and blue.

In his first few months in office, President Obama avoided social controversies, but he stepped right into the middle of them by delivering the commencement address at the University of Notre Dame.
In these two takes on the issue – one from Bloomberg, and one from Boisi Center director Alan Wolfe – the cultural issues revealed in the fight over Obama’s speech are discussed.

“ The Movement: The Rise of Tea Party Activism” The New Yorker, February 1, 2010
The “Tea Party” movement has energized the traditional conservative base and helped boost Scott Brown’s improbable ascendancy in Massachusetts. They were also out in force to protest President Obama’s proposed health care reform in the summer. Ben McGrath of The New Yorker looks at the rise of Tea Party conservatism.

“A culture war ceasefire” by E.J. Dionne, The Washington Post, December 24, 2009
Post columnist E.J. Dionne says that with the renewed conservative activist focus on economic issues and taxation marks an end to the most bitter days of the culture war.

Gambling and the American Moral Landscape, The Boisi Center, October 25, 2007
This website recalls the Boisi Center’s 2007 conference on one of the nation’s most contentious social issues – gambling. Professor Dombrink was one of the contributors.