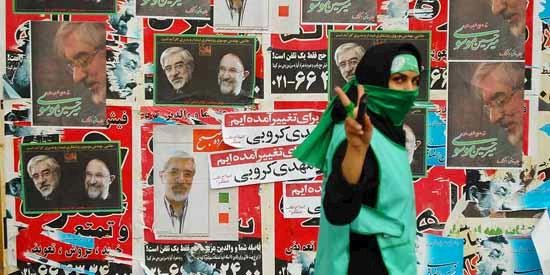 In his recent book, Let the Swords Encircle Me (2010), Peterson writes about the latest episodes of Iran’s century-old quest for democracy and freedom. The book gives voice to Iranians themselves—the clerics and the reformers, the filmmakers and the journalists, the True Believers and their Westernized and profane brethren—to understand the complexities of Iran today. In his talk, Peterson will draw from his experience as a foreign correspondent and photojournalist in the middle east--including 30 visits to Iran--to explain how Iran's 2009 election and its violent aftermath established a template for people-power revolution across the Middle East, but also forced the Islamic Republic into a web of contradictions that may result in its downfall. 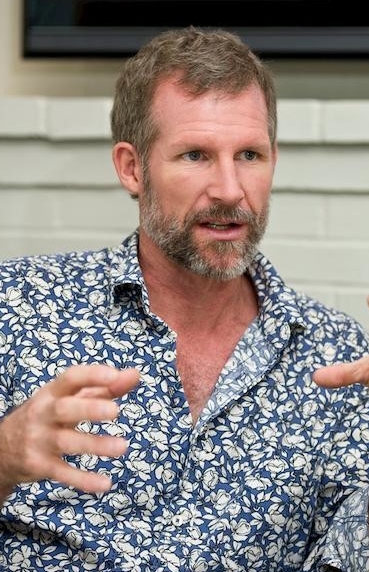 Scott Peterson is the Istanbul Bureau chief for the Christian Science Monitor and a photographer for Getty Images. He has covered Iran as the Middle East Correspondent for the Monitor based in Amman, Jordan, then later as Moscow Bureau Chief. During those years, his coverage stretched from Algiers to Beirut to Tehran, and later all of Russia and Central Asia. Prior to joining the Monitor, he covered Africa and the Balkans for The Daily Telegraph (London) working throughout the former Yugoslavia on conflicts in Bosnia, Kosovo, and Serbia. Peterson is the author of Let the Swords Encircle Me: Iran--A Journey Behind the Headlines (2010) and Me Against My Brother: At War in Somalia, Sudan, and Rwanda (2000). As a photographer for Getty Images, his work has appeared in major news magazines includingTime, Newsweek, The New York Times Magazine, Paris Match and Le Figaro. Peterson earned his bachelor's degree in English and East Asian Studies from Yale University. 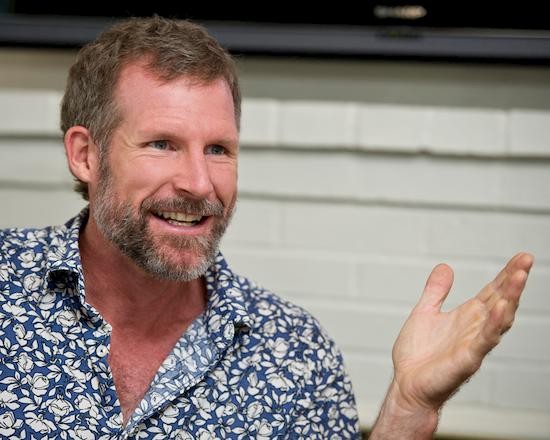 Scott Peterson from the Christian Science Monitor speaking on Tuesday, September 27 at the Boisi Center. 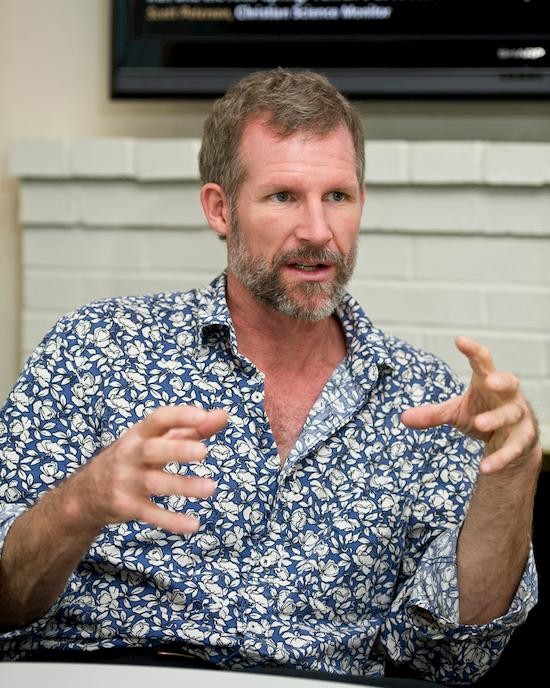 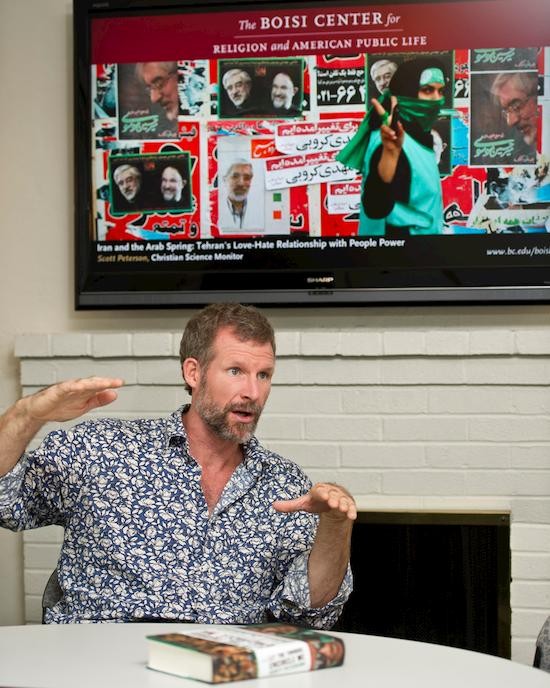 On September 27 we invited reporter and photojournalist Scott Peterson, Istanbul Bureau Chief for the Christian Science Monitor, to discuss the latest episode of Iran’s century-old quest for democracy and freedom. Though the 2009 Green Movement failed in its revolutionary vision, Peterson credited its massive show of “people power” with providing a template for the recent Arab Spring revolutions.

The 1979 Islamic Revolution marked the beginning of Iran’s love-hate relationship with people power, Peterson argued. Contrary to beliefs in the Western World, he said, the revolution was genuinely powered by individuals in search of democratic change, not a group of radicals. The unique Islamic republic that emerged in the wake of the revolution has been silently undermined for years by what Peterson called a “fake democratic temperament,” and only in the aftermath of Ahmadinejad’s 2009 re-election was the mask covering this charade finally removed by the public. In what Peterson regarded as “the first pro-democracy street protest that Iran has seen for decades,” the Iranian population raised serious questions about the legitimacy of the republican and theological pillars of the regime.

According to Peterson, both Supreme Leader Khamenei and President Ahmadinejad hope to bridge this credibility gap by explaining the recent Arab Spring in terms of the 1979 Iranian Revolution. Khamenei maintains that the “Islamic Awakenings” against pro-Western regimes provide evidence of a coming pan-Islamic revolution that has its roots in Iran. One crucial element, however, separates the Iranian revolution from other awakenings in the region: Arab revolutions have generally occurred in predominantly Sunni nations, whereas Iran’s took place in a Shia context. The collapse of al-Assad’s regime in Syria would considerably diminish the credibility of Iran’s pan-Islamic model. In that case, said Peterson, the Iranian regime may find itself facing another round of “where’s my vote people-power” that proves too difficult to quell.

Peterson, Scott. 2011. Let the Swords Encircle Me: Iran – A Journey Behind the Headlines.  Simon & Schuster.

This excerpt from Let the Swords Encircle Me offers an inside look into the failed Green Revolution; in particular, it comments on the movement’s surge of support for former presidential hopeful Mir Hossein Mousavi.

Peterson discusses the impact that the uprisings in Tunisia, Egypy, and Libya will have on Iranian leadership.

Abdo examines the heightening power struggle between Ahmadinejad and Supreme Leader Ali Khamenei, noting that Ahmadinejad’s vision for Iran is in many ways predicated upon the marginalization of Iran’s clerics. As she concludes, the degradation of clerical authority has dangerous implications not only for the Arab world but also for the United States.

After emerging from a six-year prison stay in Iran, Ganji begins his quest to kindle democracy in Iran.  In this book, he offers an analysis of the Islamic Republic’s ideological orthodox and how it can be transformed into a more representative system.

Maloney analyzes the internal economic and political pressures contributing to public upheaval in Iran.  While discontent is strong among Iranian youth, domestic outrage over international sanctions coupled with reliance on public sector jobs make it unlikely that the Iranian regime will lose its power grip anytime soon.

Abbas features Scott Peterson's book Let the Swords Encircle Me in his contemporary portrayal of the Iranian Regime.

Milani defends Iran’s U.S. Policy, arguing that Tehran’s actions rationally reflect what it views as an existential threat posed by the United States