"Silence," a film by Martin Scorsese

"Silence," a film by Martin Scorsese 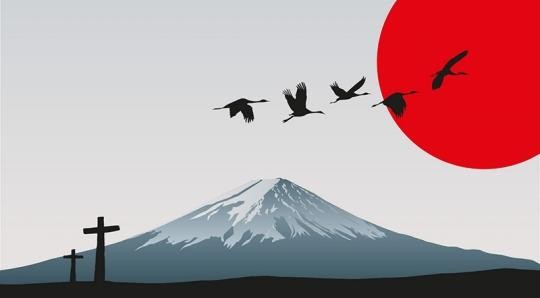 Co-sponsored with the Center for Ignatian Spirituality, the Institute for the Liberal Arts, and the Church in the 21st Century Center.

Martin Scorsese’s epic movie "Silence" follows two seventeenth-century Jesuit missionaries as they travel from Portugal to Japan in search of their missing mentor, who is believed to have rejected Christ under torture. Based on Shūsaku Endō’s 1966 award-winning novel, Scorsese’s film delves deeply into the nature of culture, faith, and mercy.

Following a short break (with refreshments), a panel of international scholars will discuss the film and its central themes. The panel will include Richard Blake, S.J., a scholar of Jesuit Spirituality and Catholicism in cinema, Robert Maryks, a scholar of Jesuits in film, and Hitomi Omata Rappo, a scholar of Jesuit missionaries in Japan, who will be joined by others for a lively discussion.

Father Richard Blake, S.J. teaches American film history and criticism. During and after his years as executive editor of America magazine, a national weekly journal of opinion, he served as regular film reviewer. His academic research has focused on religious themes and imagery in popular American films and on the influence of New York City on Hollywood production. While at Boston College, he edited the scholarly quarterly, Studies in the Spirituality of Jesuits for twelve years. His recent publications include Afterimage: The Indelible Catholic Imagination in the Works of Six American Film Makers, Woody Allen: Profane and Sacred, Screening America: Reflections of Five Classic Films, and Street Smart: The New York of Lumet, Allen, Scorsese and Lee. You can read his film reviews in America on their website. 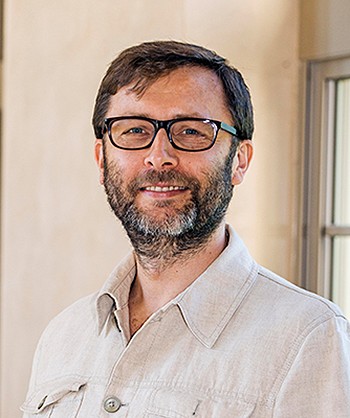 Robert Maryks is associate professor of history, and associate director of the Institute for Advanced Jesuit Studies at Boston College. He received his Ph.D. in history from Fordham University, an STP from the Pontificia Facoltà Teologica in theology, and an M.A. from the University of Warsaw in classics. Maryks's major area of research and teaching is the history of the Society of Jesus. He has published on various aspects of the history of the Jesuits, including Saint Cicero and the Jesuits (Ashgate, 2008), The Jesuit Order as a Synagogue of Jews (Brill, 2009), Pouring Jewish Water into Fascist Wine (Brill, 2011), “The Tragic Couple”: Encounters Between Jews and Jesuits (Brill, 2013; co-edited with James Bernauer), A Companion to Ignatius of Loyola (Brill, 2014), and Jesuit Survival and Restoration (co-edited with Jonathan Wright). He also teaches a course on the representation of Jesuits in film. 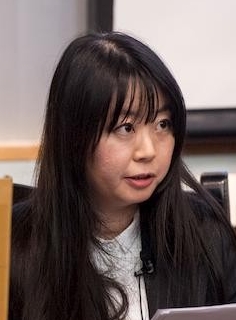 Hitomi Omata Rappo is a visiting researcher at the Institute for Advanced Jesuit Studies, under a postdoctoral fellowship from the Swiss National Science Foundation. She received doctorate degrees in history from École Pratique des Hautes Études in Paris, as well as from the University of Fribourg (Switzerland). She also holds a M.A. in Asian studies and B.A. in art history from the University of Tokyo. In her doctoral dissertation, she analyzed how the images of Japanese “martyrs,” recorded first in missionaries’ reports, were reproduced in the hagiographic literature in Europe, and diffused as a popular theme of the Jesuit school drama in Italy, Germany, Spain, France, and Switzerland. Currently, she is working on a book called From the distant Indies to the scenes of colleges: the reflections of the Japanese Martyrs in Europe (16th-18th century), which will be published by Cerf (Paris) and Aschendorff (Münster). 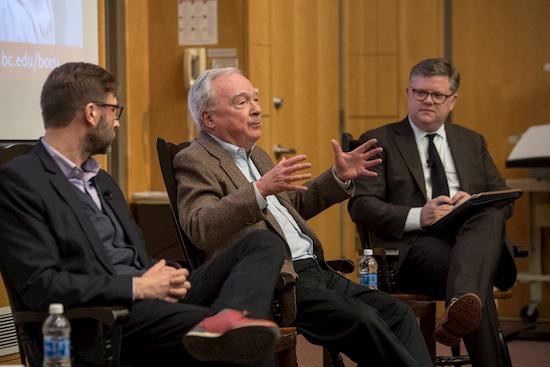 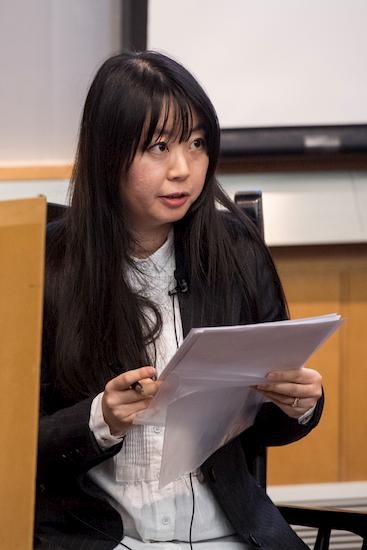 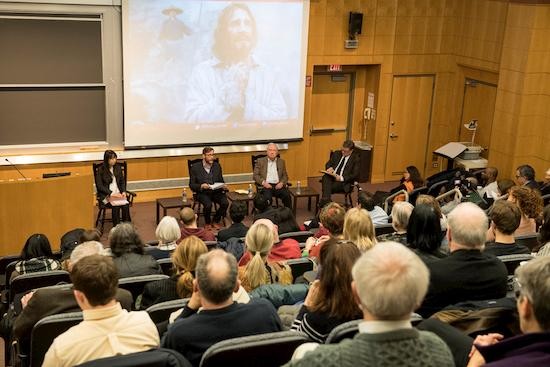 Silence, based on the novel of the same name by Japanese author Shusaku Endo, tells the story of seventeenth-century Portuguese Jesuits who faced persecution as missionaries in Japan. The film follows priests Sebastião Rodrigues (Andrew Garfield) and Francisco Garupe (Adam Driver) as they search for Cristóvão Ferreira (Liam Neeson), their mentor who is presumed to have renounced his faith after being tortured. As Rodrigues and Garupe travel through Japan, they must remain invisible to avoid captured for spreading an illicit and seditious religion.

Throughout the film, the contrast between Western and Eastern culture and religion becomes apparent as many Japanese Christians face brutal torture and death. Rodrigues’s missionary work is halted when his Japanese guide Kichijiro (Yōsuke Kubozuka), a Christian who apostatized to avoid death, betrays him to Inquisitor Inoue Masashige (Issey Ogata). Since Rodrigues himself was impervious to torture, the governor tortures Rodrigues’s fellow Christians, saying their anguish will only end if the priest renounces Christ. To save his fellow Christians, Rodrigues apostatizes and spends the rest of his life in Japan living as a Buddhist. The practice of his faith is cloaked in ambiguity, but in the final scene, Rodrigues is cremated according to Buddhist tradition while holding a small contraband crucifix.

After the screening, Rappo opened the panel with insight into the historical context of the film, Endo’s relationship to the story, and an interpretation of Scorsese’s message. Rappo also addressed questions of historical accuracy in the film. For example, she explained that the scenes depicting torture in the film should not be taken as exact representations of reality: the scenes exaggerated certain techniques, while excluding others that were commonly used. Rappo explained how Endo saw himself in his characters, particularly in the character of Kichijiro. The erstwhile Christian represents a paradox of faith and human weakness and is a literary Judas-figure. According to Rappo, Silence highlights a struggle for understanding across cultures, questions conquest as a means of missionizing, and elaborates upon internal dilemmas of faith and morality. Rappo concluded that Scorsese portrays the act of martyrdom as a selfish act, which mirrors Endo’s own interpretation.

Next, Maryks compared Scorsese’s film to the Japanese adaptation of Silence, directed by Masahiro Shinoda in 1971. The main differences are not in plot, but in what was highlighted. For example, Scorsese focuses on the Jesuit mission of service to others when Rodrigues confronts his fantasy that his suffering is Christ-like and realizes that his inaction will not save the innocent Japanese Christians who are being killed. The Japanese adaptation highlights more explicitly the cultural discord between the missionaries and the Japanese. Maryks noted the contrast between Scorsese’s music-less soundtrack to Shinoda’s Iberian guitar and “exotic” vocal sounds. To this end, Maryks found Scorsese’s film a helpful depiction of historical events that scratches the surface of some of the more complicated theological considerations of mission and martyrdom.

Finally, Blake explored Silence from a film critic’s perspective. An expert on Catholic directors who has written several books on Scorsese, Blake noted that the film was a box office failure and criticized Scorsese for using the same plot patterns on many of his films. Blake attributed much of the film’s problems to a seemingly self-indulgent edit and a more methodical pace reminiscent of an earlier generation of cinema. Drawing attention to the repeated scenes of apostatizing and brutal violence, he described many of the scenes as “torture porn” that did not serve a clear purpose in developing the themes or plot.

Blake’s perspective was a helpful segue into the question and answer portion of the panel, in which many attendees shared comments and raised questions based on their initial reactions to the film. Questions included the effectiveness of translating a deeply introspective book to film, the accuracy of theological elements, the exotification of Japanese characters, and the meaning of the priesthood.

On the Jesuit Missionaries

On Scorsese and the Film

The Huffington Post's review of the film, "Silence" can be found here.

From October 6-28, a synod of bishops, primarily from the Amazon region, will take place in Rome. There are a few key points to be discussed at this meeting, namely the possibility of ordaining married men, the relationship between the Catholic Church and indigenous cultures, and the protection of the environment. While the possibility of married men in the priesthood is garnering much attention, the other two topics are also of extreme importance as the Catholic Church has a history of partaking in the mistreatment of indigenous cultures. Additionally, Pope Francis has recently made increasing efforts to draw attention to the severity of the environmental crisis. The “How Would You Reform the Catholic Church?” panel will provide a platform for all to consider what they hope the church will say and do to address these issues.