The Hebrew Republic: Jewish Sources and the Transformation of European Political Thought

The Hebrew Republic: Jewish Sources and the Transformation of European Political Thought 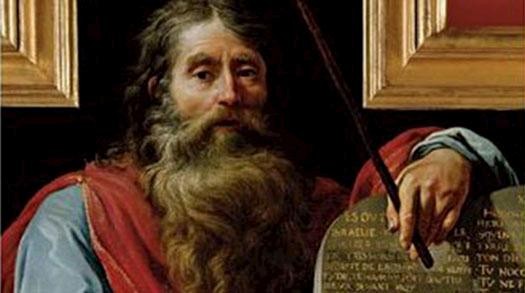 According to a commonplace narrative, the rise of modern political thought in the West resulted from secularization—the exclusion of religious arguments from political discourse. But in his latest book, Eric Nelson argues that this familiar story is wrong. Instead, he contends, political thought in early-modern Europe became less, not more, secular with time, and it was the Christian encounter with Hebrew sources that provoked this transformation.

During the sixteenth and seventeenth centuries, Christian scholars began to regard the Mosaic constitution in the Hebrew Bible as a political constitution designed by God for the children of Israel. Newly available rabbinic materials became authoritative guides to the institutions and practices of the perfect republic. This thinking resulted in a sweeping reorientation of political commitments. In the book’s central chapters, Nelson identifies three transformative claims introduced into European political theory by the Hebrew revival: the argument that republics are the only legitimate regimes; the idea that the state should coercively maintain an egalitarian distribution of property; and the belief that a godly republic would tolerate religious diversity. One major consequence of Nelson’s work is that the revolutionary politics of John Milton, James Harrington, and Thomas Hobbes appear in a brand-new light.

Nelson demonstrates that central features of modern political thought emerged from an attempt to emulate a constitution designed by God. This paradox, a reminder that while we may live in a secular age, we owe our politics to an age of religious fervor, in turn illuminates fault lines in contemporary political discourse. 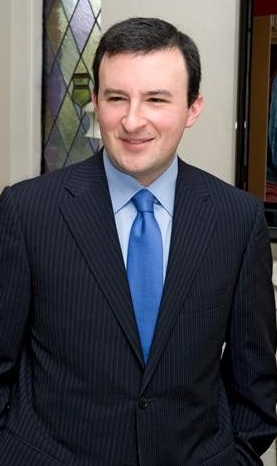 Eric Nelson is Professor of Government at Harvard University. His research focuses on the history of political thought in early-modern Europe and America, and on the implications of that history for debates in contemporary political theory. Particular interests include the history of republican political theory, the reception of classical political thought in early-modern Europe, theories of property, and the philosophy of Thomas Hobbes. Nelson is the author of The Hebrew Republic: Jewish Sources and the Transformation of European Political Thought (Harvard/Belknap, 2010) and The Greek Tradition in Republican Thought (Cambridge University Press, 2004), as well as editor of Hobbes's translations of the Iliad and Odyssey for the Clarendon Edition of the Works of Thomas Hobbes (The Clarendon Press, Oxford, 2008). His essays have appeared in a wide range of scholarly journals and edited volumes. Nelson received his AB summa cum laude from Harvard University (1999) and his PhD from The University of Cambridge (2002). He has also been a Junior Fellow in the Harvard Society of Fellows, a Fellow of Trinity College, Cambridge, and a British Marshall Scholar. 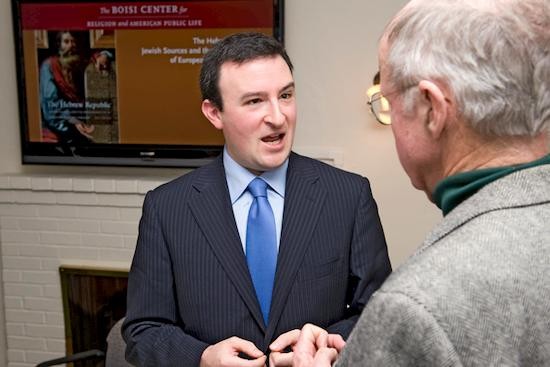 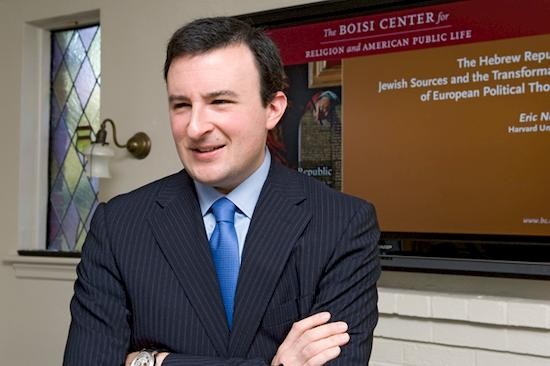 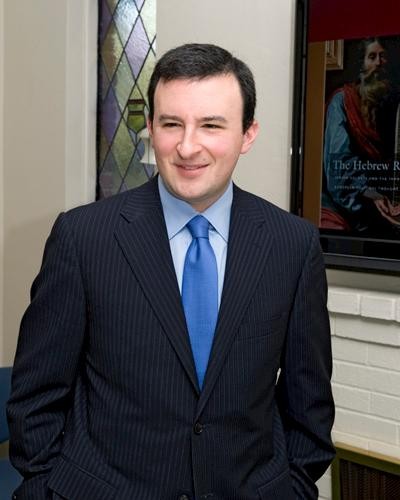 Modern political science owes more to Hebrew sources than has traditionally been understood, argued Harvard government professor Eric Nelson at a December 7 lunch colloquium. Nelson’s new book The Hebrew Republic and the Transformation of European Political Thought (Harvard, 2010) has garnered much attention in scholarly circles, and his talk drew a packed seminar room of faculty, students and community members.

Contrary to the prevailing narrative of secularization, Nelson said, seventeenth-century European political thought was driven in important ways by the revival among Christian scholars of the study of the Hebrew Bible and language. Protestant political thinkers came to see the Mosaic constitution as a “divine republic” and sought out rabbinic sources to help interpret political and judicial laws. This encounter with rabbinic sources, argued Nelson, inspired a transformation of seventeenth century political thought in three areas.

First, by unearthing a critique of monarchy as a form of idolatry, it fostered a strident belief that a republic (i.e., a non-monarchical regime) is the only valid form of government. Until that time, the dominant view among political thinkers was what Nelson calls “constitutional pluralism,” an acceptance that different forms of government were appropriate to different contexts.

Second, the encounter with Hebraic sources upended the traditional view that mandatory redistribution of wealth is anathema to a healthy republic. Studying the Mosaic constitution through the lens of Jewish philosopher Maimonides, Dutch scholar Peter Cunnaeus concluded that redistributive agrarian laws were  an important part of the vaunted Hebrew Republic, and thus should be considered in contemporary European republics as well.

Third, crucial seventeenth-century arguments for religious toleration were “fundamentally religious in character,” said Nelson, and were not based on the concept of church-state separation. Finding in their study that the divinely-guided Hebrew Republic actually practiced religious toleration, they reasoned that contemporary Europeans should, too.

The consequences of this Christian encounter with Hebrew sources, Nelson said, had an enormous impact on seminal thinkers like John Milton, Thomas Hobbes and John Locke. Indeed it points to the paradoxical fact that the secular age in which we live was shaped at its outset by religious thought. This point, more than any other, inspired the lively discussion period that followed.

"Eric Nelson’s deep knowledge of the Hebrew, as well as the Greek and Latin, sources of sixteenth- and seventeenth-century political thought is brilliantly deployed in this book. Nelson provides a provocative and persuasive account of the remarkable effects of taking biblical and rabbinic texts seriously."”— Michael Walzer, Institute for Advanced Study