LGBTQ Advocacy at the Intersection of Faith and Public Policy

LGBTQ Advocacy at the Intersection of Faith and Public Policy 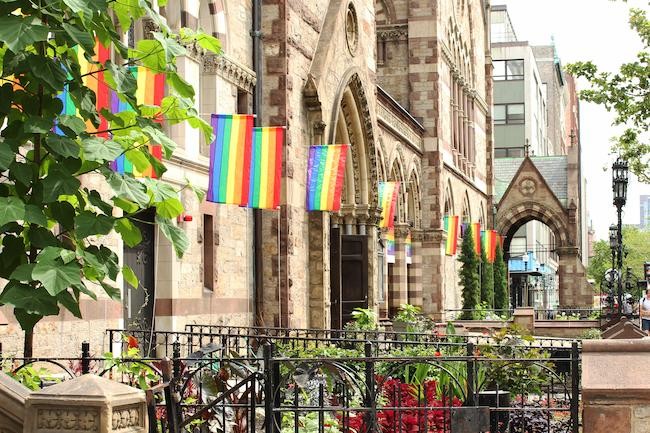 RSVPs are now closed; email susan.richard@bc.edu to be wait listed.

The modern LGBTQ Rights movement and the public advocacy of the American Church are often viewed in opposition to each other. While recognizing areas of mutual concern and principles of agreement, the Human Rights Campaign Office of Religion & Faith engages Catholic bishops and dioceses to find common ground. This work highlights the fact that, while the LGBTQ community is rarely at the table of Catholic decision making, it is always on the agenda. 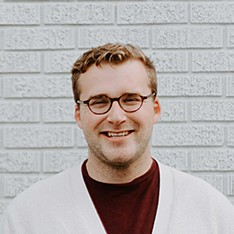 James Reding, a native of central Kentucky, is a lifelong Catholic and aspiring theologian. Beginning his second year of master's studies at Boston College School of Theology & Ministry, James combines faith and advocacy from his perspective as a gay Catholic. He is currently a consultant for the Human Rights Campaign Office of Religion & Faith, having completed a fellowship with the same office during the spring semester. At the STM, James is a graduate assistant, student leader of Gaudete, and a liturgical minister. He is a lead collaborator in the STM and BC Libraries exhibit launching in the fall, Here All Along, Here to Stay: LGBTQ Catholics in the United States. James is a member of St. Cecilia parish in Boston.

Martin, James. Building a Bridge: How the Catholic Church and the LGBT Community Can Enter into a Relationship of Respect, Compassion, and Sensitivity. New York: HarperOne, 2017.

As illustrated in this June 2021 article from the National Catholic Reporter, leadership in the U.S. Catholic Church is divided with regard to their support for LGBTQ rights. Some bishops, for example, condemn extending nondiscrimination to this class of people, while others offer their unqualified blessing. This could be interpreted as a breakthrough for the longstanding marginalization and exclusion LGBTQ persons, but significant challenges remain in the community's relationship with the American hierarchy.

On September 16th, the Boisi Center hosted its first in-person event since the beginning of the pandemic. James Reding, graduate student at Boston College’s School of Theology and Ministry, spoke to an audience of students, staff, and professors about the attempts at collaboration on public policy matters between the LGBTQ community and the Catholic Church. Reding, a gay, Catholic man, discussed specifically his own work with the Human Rights Campaign (HRC) and their outreach to the Church in the spring and summer of 2021.

Reding began autobiographically, noting his small-town upbringing in a large Catholic family, his Catholic education, his few years working in a Florida parish, and then his work at HRC. Despite, as he described it, the church’s push to separate one’s identity from one’s Catholicism, he affirmed that while he is a gay man, “I am the child of the church”— he was unwilling to divide himself. But he also took issue with the Church’s “mystical body” language that insinuates a larger and more inclusive community. That is hollow language, he said. While the Church has remarkable reach in the areas of education, healthcare, and politics, they do not take into consideration the real and negative consequences of their actions (e.g., the United States Conference of Catholic Bishop’s(USCCB) desire to block the Equality Act, which would have expanded protections for LGBTQ persons, despite theological rhetoric that affirms that all are created in God’s image and likeness).

While working in HRC’s Office of Religion and Faith, Reding sought to build bridges with the Church. James Martin, S.J. was the first to respond and was a springboard for further conversations, which included many religious communities—especially women’s religious communities. The desire to reach decision-makers, however, led them to reach out to nearly half of the chanceries in the United States. Of those, about 25% responded to a request for a meeting. While changing Church teaching on marriage was off the table, they said, Reding and his peers argued that there was more to talk about. And he was pleasantly surprised by the response.

While troubling events did occur during his tenure at the HRC (e.g., the Congregation for the Doctrine of the Faith’s letter prohibiting the blessing of same-sex couples, as well as the emergence of fear in bishops over continuing conversations with HRC because of the influence of organizations like Church Militant), positive events also took place. The HRC published a letter against violence against transgender persons that was signed by Archbishop John Wester, Bishop John Stowe, O.F.M., and other clergy. And Bishop Stowe broke from the USCCB and endorsed the Equality Act.

In the end, Reding offered some advice for both parties to this conversation—the advocates and the church—central among them being to presume goodwill on both sides. As well, he noted that both sides have the same habits of demonizing the other (those they wish to collaborate with ultimately) and both presume a greater distance between them than actually exists. But he noted one distinct difference: the LGBTQ community reached out to the Church, it was the Church that walked away.

Reding conceived the idea for a new exhibit exploring the experiences of Catholic LGBTQ community members. Presented by Boston College Libraries and the BC School of Theology and Ministry, the first portion of the exhibit titled “Here All Along, Here to Stay” opened in June of 2021. An online portion of the exhibit was created subsequently over the summer as a complement to the physical exhibit. “Story Wall,” a primary part of both the online and physical exhibits, features a series of reflections upon the faith experiences of LGBTQ members. The exhibits can be found online or in the Theology and Ministry Library, O’Neill Library, the Educational Resources Center, and the Social Work Library. 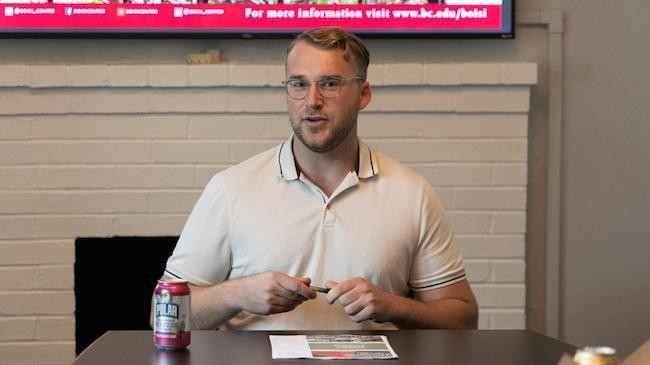 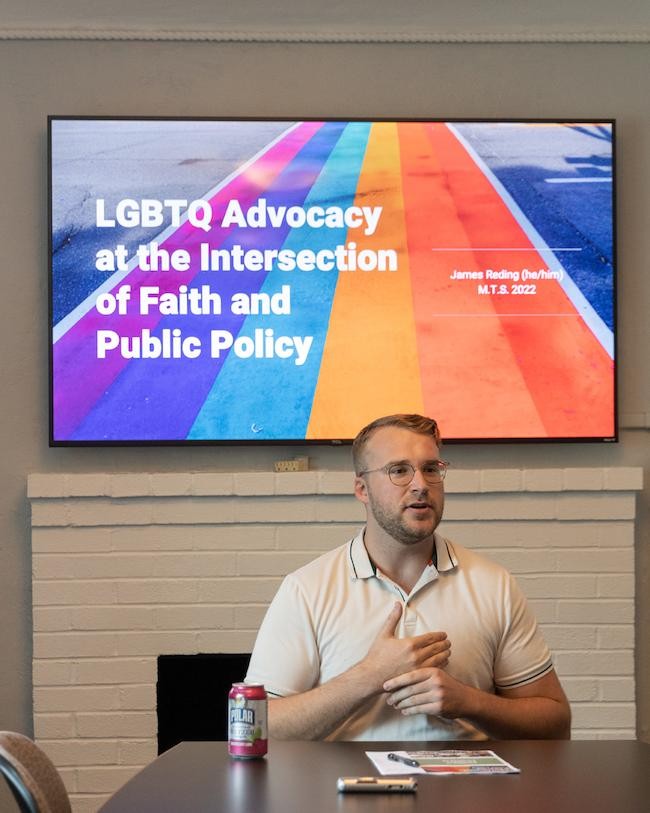 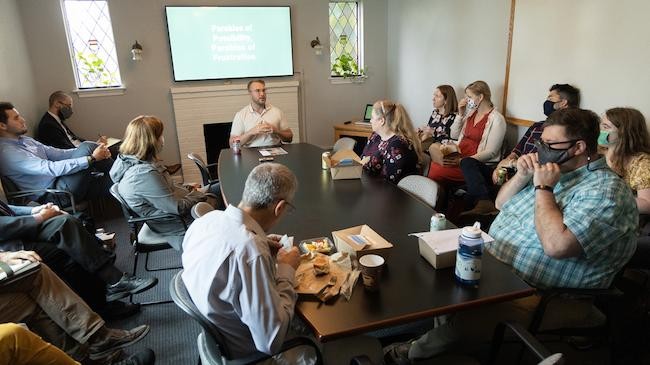