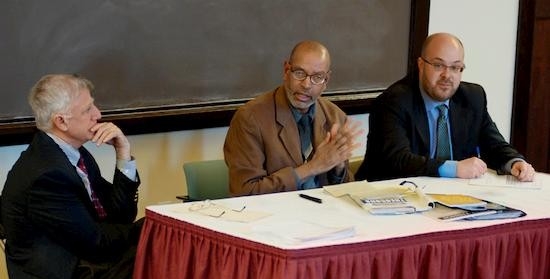 Evangelical Protestants are commonly cited as the chief religious influence behind the Bush administration's foreign and domestic policies, but a small group of Roman Catholics may be even more important. In The Theocons: Secular America Under Siege, Damon Linker argues that a group of Catholic "theoconservatives" led by Father Richard John Neuhaus, editor of the influential journal First Things, has actively sought for several decades to undermine the distinction between church and state in this country. As a former editor of First Things, Linker is uniquely positioned to make such a claim and to warn of its dangers, which he claims include the end of secular politics in the United States. Joining Linker to discuss his argument will be Jorge Garcia, Professor of Philosophy at Boston College and occasional contributor to First Things. 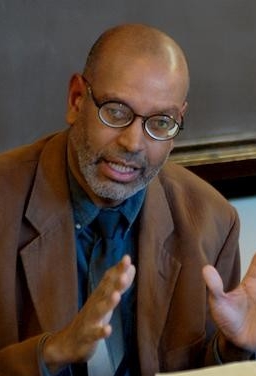 Jorge L.A. Garcia is Professor of Philosophy at Boston College and Nonresident Fellow at the Du Bois Institute for African-American Research at Harvard University. He is the author of over eighty academic articles, chapters, and reviews covering a wide array of topics in moral and social philosophy. He has also been a participant in the deliberations of the Dulles and Ramsey Colloquia and the Erasmus Conferences, all sponsored by Fr. Richard Neuhaus' Institute on Religion and Public Life. Professor Garcia has served on the executive boards of the Eastern Division of the American Philosophical Association, the Society of Christian Philosophers, and the American Catholic Philosophical Association. He received his B.A. from Fordham University and his Ph.D. from Yale University. 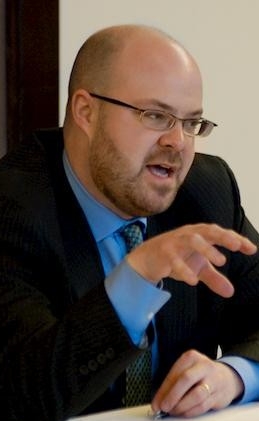 Damon Linker is the author of The Theocons: Secular America Under Siege (Doubleday). His essays and reviews have appeared in The New York Times Book Review, The New Republic, Slate, First Things, The Wall Street Journal, Commentary, The Review of Politics, The Review of Metaphysics, and the American Behavioral Scientist. From May 2001 to February 2005, he worked under Richard John Neuhaus at First Things, first as associate editor of the journal, then as its editor. Prior to joining the magazine, he taught political philosophy at Brigham Young University and served as a speechwriter for New York's Mayor Rudolph W. Giuliani. Linker studied history, philosophy, and writing at Ithaca College, graduating with a BA in 1991. He went on to earn an MA in European history from New York University and a Ph.D. in political science from Michigan State University. Born in New York City, Linker currently lives in suburban Philadelphia with his wife and two children. 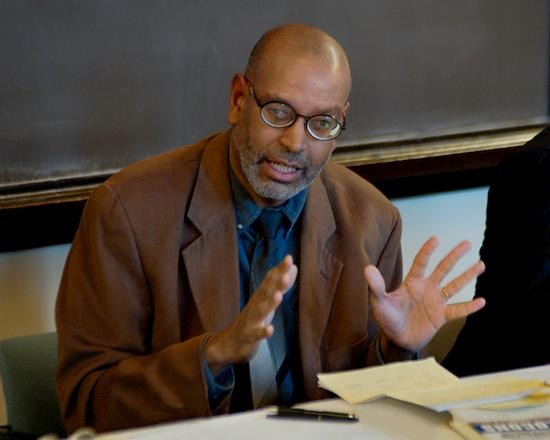 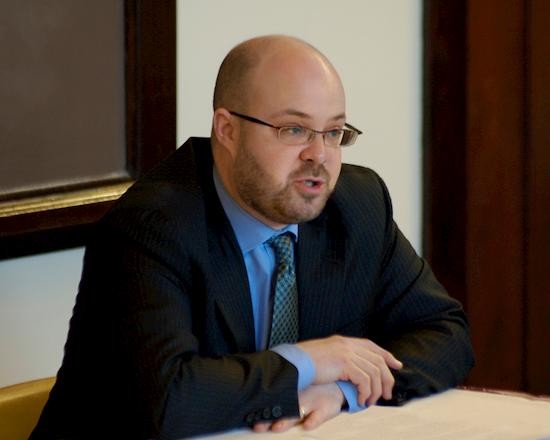 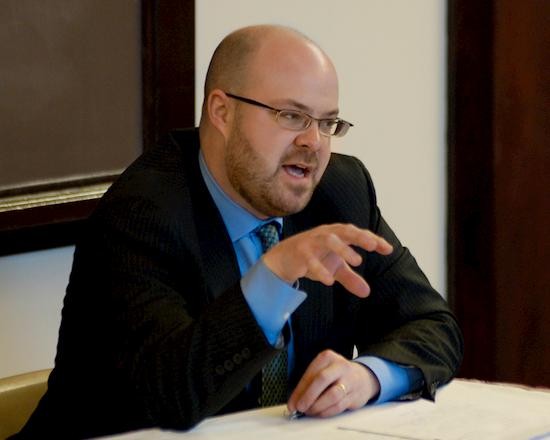 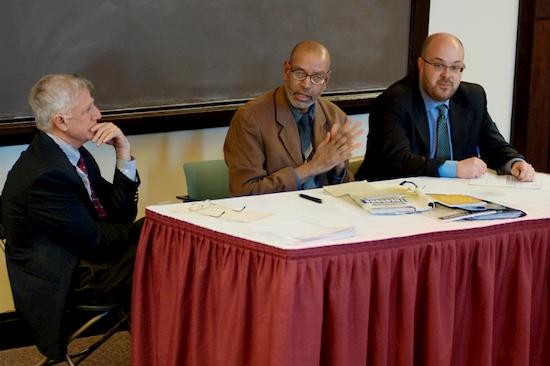 On February 28, 2007, the Boisi Center sponsored a well-attended panel discussion entitled “The Theocons in American Public Life.” Participants included Damon Linker, author of The Theocons: Secular America Under Siege and former editor of the influential conservative journal First Things; and Jorge L.A. Garcia, professor of philosophy at Boston College who has written for First Things. Alan Wolfe moderated the lively and at times contentious discussion.

Linker uses the term “theoconservatives” (or “theocons”) to describe those who articulate a comprehensive ideology for conservative Christians with the goal of creating a new socio-religious consensus around biblical religion in this country. Michael Novak, George Weigel, Robert George, and Richard John Neuhaus (founder and editor of First Things) are the group’s most prominent leaders. According to Linker, theocons are grounded in Catholic social theory but aim for a broader Christian audience that shares their critique of American secularism; they believe American society is unsustainable without reference to its Christian foundations, and thus they seek to raze the legal wall of separation between church and state. This ominous conflation of politics and theology, Linker argued, would be a disaster for religious freedom in this country.

Garcia eschewed the label of “theocon” for himself, but stated that he appreciates theoconservative thought as helping to build and maintain morally focused politics. He believes the theocons can help provide a rational reconstruction of American norms, rights, and duties. In Garcia’s view, the theocons do not seek to dominate the country, but rather to achieve certain political objectives related to beginning- and end-of-life questions (abortion and euthanasia), the family (definition of marriage), and science (especially cloning). Garcia maintained that while a distinction between church and state is appropriate, individuals and groups must be allowed to advocate for issues they believe are important, even—perhaps especially—when their principles are informed by religious beliefs.

The ensuing discussion included many thoughtful questions and comments from the audience. In the end, it was clear that Linker believed the theocons harbored larger political ambitions (related to issues, not for themselves personally) than Garcia allowed. Where Linker saw their influence as threatening to the core value of church-state separation, Garcia saw it as a salutary influence on debates over important issues. The event provided all who participated with a model of civil and productive intellectual disagreement as well as plenty of food for thought.