The American Civil War would appear, at first glance, a most difficult fit in the current historiographical project of internationalizing American history. After all, few periods in our history seem so inward-looking as the 1860's. But Dean Quigley argues that the nation's most inwardly-directed event actually inaugurated the modern era of the United States' relationship with the rest of the world. The American experience of brutal modern warfare, mass emancipation of slaves and constitutional revisions that followed had a major impact on intellectual and ideological discourses around the 19th century world. As a result, the American Civil War stands as a key frame for modern understandings of nationalism, liberalism, race and internationalism. 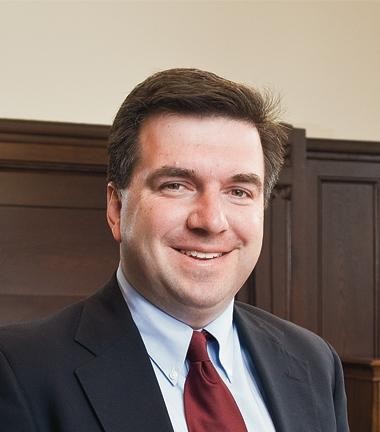 David Quigley is Dean of The College and Graduate School of Arts and Sciences and Professor of History at Boston College. He teaches a wide range of courses on the nineteenth-century United States and on political and urban history. His research has explored the history of race and democracy between the American Revolution and Reconstruction in the local political cultures of New York. He is completing a new synthetic project, Last, Best Hope: International Lives of the American Civil War (Hill & Wang, forthcoming) as well as editing A Companion to American Urban History (Blackwell, forthcoming) and Busing in Boston: A Brief History with Documents (Bedford, forthcoming). His most recent books include Second Founding: New York City, Reconstruction, and the Making of American Democracy (Hill and Wang, 2004) and Jim Crow New York: A Documentary Reader on Race and Citizenship, 1777-1877, co-authored with David N. Gellman (New York University Press, 2003). Dean Quigley received his Ph.D. from NYU in History. 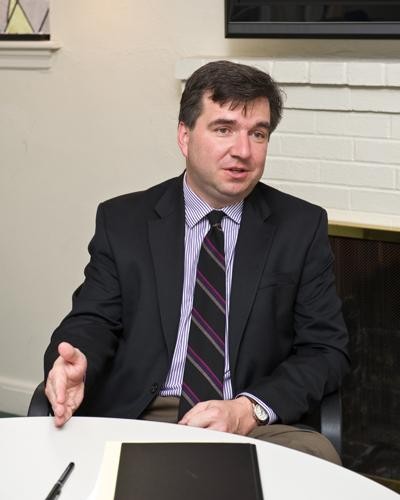 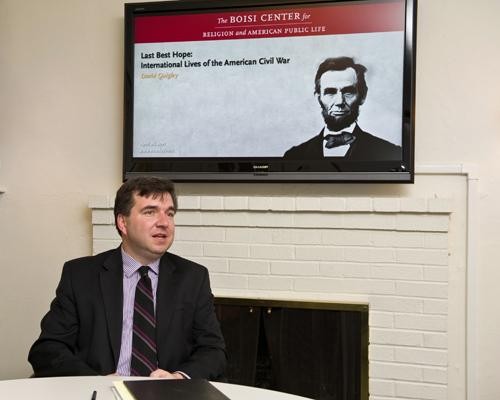 On April 28, just two weeks after the sesquicentennial anniversary of the American Civil War’s beginning, historian David Quigley delivered a timely presentation at the Boisi Center based on his book-in-progress, Last Best Hope: International Lives of the American Civil War. Dean of the College and Graduate School of Arts and Sciences and professor of history at Boston College, Quigley explained that his project fits into a broader academic movement to better understand the global dimensions of American history.

The book will contain biographical sketches of nine nineteenth-century figures including foreign citizens in the United States as well as Americans who spent formative time abroad. Key subjects include Frederick Douglass, whose 1848 visit to the British Isles helped shaped his republican abolitionism; Ulysses Grant, who embarked on a world tour with a sixty-person retinue after leaving the presidency; and Secretary of State John Hay, Lincoln’s former personal secretary who played a key role in ending the Spanish-American War in 1898.

Naturally, Abraham Lincoln is also a central figure in Quigley’s book, despite the fact that he never travelled abroad. Lincoln’s views of the world developed in sometimes surprising ways; historians still wrestle, Quigley noted, with the President’s proposal, a month after writing the first draft of the Emancipation Proclamation, to colonize part of Central America with American slaves. After Lincoln’s assassination, mythologies began to take shape in biographies, statues, and even reliquaries in Europe and South America that portrayed the slain president as liberator, uniter and model of the “new American.”

Quigley argued that this sort of global perspective helps to correct misunderstandings of the crucial period from 1848-1898, widely thought to be a time of inwardness and isolationism in the United States. In fact, he said, by transforming American domestic life, the Civil War also transformed America’s place in the world; contemporary scholarship should reflect that reality.

In A Conflict’s Acoustic Shadows Ken Burns recently reflected on the relevance of the American Civil War for us today (New York Times, 4/11/11).