The Outlook for Religious Pluralism in Syria

The Outlook for Religious Pluralism in Syria 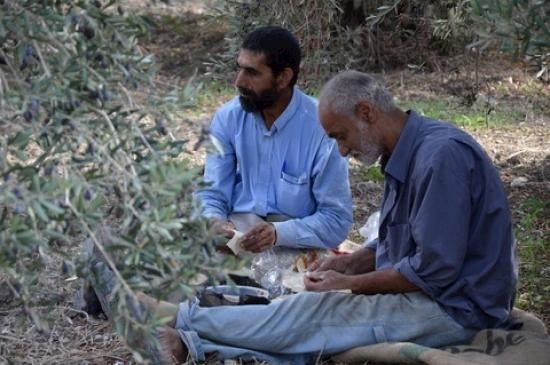 Since its commencement in the upsurge of the Arab Spring in 2011, the Syrian civil war has claimed in excess of 200,000 lives, with an estimated 8 million Syrians, more than a third of the country’s population, forced to flee their homes. A stalemate now exists in the country with the government of Bashar al-Assad maintaining its grip on most of the cities in the west, while large swathes of the countryside in the north and east are under the control of the Islamic fundamentalist groups ISIS and the Nusra Front. The Caliphate announced by ISIS in the summer of 2014 occupies some 35% of the country, as well as vast territory across the border in Iraq.

The nuances of this conflict have never been well-understood in the West, least of all, it seems, by governments in the US and Europe, who, anticipating Assad’s sudden departure, made it a condition of any negotiated settlement. The consequences of that miscalculation, Charles Glass contends, have contributed greatly to the unfolding disaster that we witness today and diminishes the possibility that Syria can return to being the religious pluralistic society it was ante bellum.

Charles Glass is a broadcaster, journalist and writer, who began his journalistic career in 1973 at the ABC News Beirut bureau with Peter Jennings. He covered the October Arab-Israeli War on the Egyptian and Syrian fronts. He also covered the civil war in Lebanon, where artillery fire wounded him in 1976. He was ABC News Chief Middle East correspondent from 1983 to 1993. Since 1993, he has been a freelance writer in Paris, Tuscany, Venice and London, regularly covering the Middle East, the Balkans, southeast Asia and the Mediterranean region. He has also published books, short stories, essays and articles in the United States and Europe.

Glass, Charles. Tribes with Flags: A Dangerous Passage Through the Chaos of the Middle East, (New York: Atlantic Monthly Press, 1990).

Hokayem, Emile. Syria's Uprising and the Fracturing of the Levant, (London: Routledge, 2013).

Seale, Patrick. Assad: The Struggle for the Middle East, (University of California Press 1990).

van Dam, Nikolaos. The Struggle for Power in Syria: Politics and Society Under Asad and the Ba'th Party, (London: I. B. Tauris, 1996).

Charles Glass's article in The NYRB, "In the Syrian Deadlands."

Kurdish militia forces have been successful in pushing ISIS out of a region of towns along Syria's border with Turkey. In the absence of ISIS and the Syrian government, community leaders are now facing great struggles in trying to establish a new order. In his October talk at Boston College TV journalist Charles Glass explored the outlook for religious pluralism in a post-war Syria.

Both the United States and Russia have ramped up their involvement in the Syrian Civil War in recent days, with the Russians contributing their airforce to the Assad regime's cause and the United States providing Syrian rebel groups with anti-tank missiles. This has changed the once internal conflict amongst the Syrian people and their government into an escalating proxy war. In a recent article by next week's lecturer Charles Glass, the stalemate between the government forces and the rebels is expected to endure despite the ongoing plight of the Syrian people in part because of the inflow of weaponry and soldiers from both sides' backers.

Presidential candidates Hillary Clinton and Martin O'Malley recently called for the United States to take in far more Syrian refugees than the Obama administration has chosen to. Clinton specifically called for the United States to do more for the "most vulnerable, a lot of the persecuted religious minorities, including Christians, and some who have been brutalized, like the Yazidi women." In his upcoming talk, Charles Glass will discuss whether the thousands of displaced Syrian Christians and Yazidis will ever be able or want to return to their homeland.