Pelagius and Augustine: A Contemporary Take on an Ancient Controversy

Pelagius and Augustine: A Contemporary Take on an Ancient Controversy

In the beginning of the fifth century, two major theologians, Pelagius and Augustine, were engaged in a passionate debate. The former defended the idea of human liberty: man being capable of achieving the good by his own means. The latter responded that our knowledge of ourselves is always incomplete and that original sin prevents us from attaining alone the sovereign good. Only submission and divine grace can provide it. The debate has continued through the Enlightenment and it remains relevant for us. 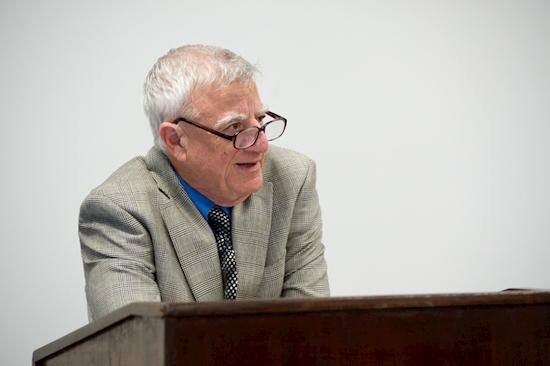 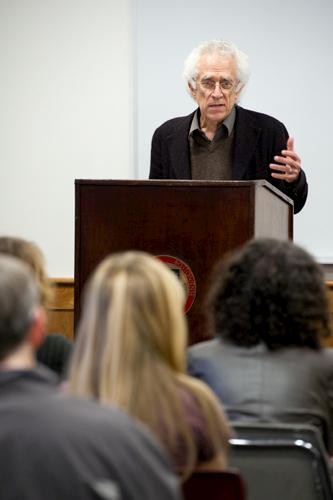 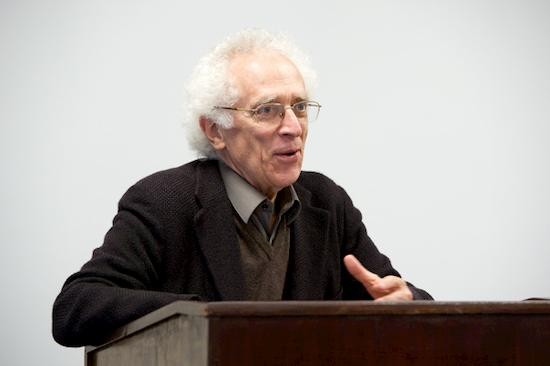 This fall the Boisi Center was honored to host French-Bulgarian philosopher, theorist and literary critic, Tzvetan Todorov. A researcher at the National Center for Scientific Research (Paris) and the author of many influential books, Todorov began his week-long visit with a lecture on the debate between Pelagius and Augustine about original sin, and its influence on the Enlightenment and modern totalitarianism. In the two seminars following the lecture, he traced the emergence of totalitarianism and discussed its relationship to the modern understanding of beauty and art.

In his opening lecture, Todorov argued that the fifth-century debate between Christian thinkers Pelagius and Augustine has had crucial influence on modern religious and political thought. Pelagius believed that man cannot be completely evil because he is created in the image of God; human sin is thus not innate but rather a matter of will. Because divine grace is simply God’s gift of free will, man is capable of perfecting himself— and thus, in a sense, of saving himself. Augustine forcefully rejected the Pelagian view, arguing that man is saved by God’s grace alone, that our will is easily perverted and thus an untrustworthy guide to perfection, and that perfection itself is always beyond our capacity.

Todorov then described how the fundamental questions Pelagius and Augustine debated—How much can humans improve themselves? How deeply-seated is our sinfulness? How reliable are our moral and intellectual capacities? To what extent is our salvation dependent upon our own actions?—influenced subsequent Western religious and political thought, using examples from Montesquieu, Rousseau, Condorcet, and many others. Todorov argued that the Pelagian belief in individual (and thus social) perfectibility ultimately informed the development of “political messianism” and the rise of totalitarianism in Europe.

In a faculty seminar the next day, Todorov gave more detail to his account of political messianism. He argued that three variants of political messianism developed among ideologues who were convinced that much good could be done in the world, but that it sometimes must be forced upon those who do not know what is good for them. Enlightenment messianists crusaded for universal liberty against barbarism and tyranny; Communist messianists sought to create a classless society of equals; and human rights messianists now strive to globalize Western norms of democracy and individual rights.

Todorov’s last public event at the Boisi Center was a graduate seminar on his recent book The Limits of Art. He explained how the Pelagian view of the perfectibility of man can be seen in the emergence of the modern understanding of art. Rather than seeing art as a reflection of a higher truth or morality, art is now seen as a creative act of the individual. Totalitarian leaders like Stalin and Hitler, he argued, understood themselves as artists perfecting the world. He concluded by pointing to a possible new understanding of art, one articulated by Iris Murdoch: art as an inescapably ethical activity.