Our Common Home: An Ethical Summons on Climate Change

Our Common Home: An Ethical Summons on Climate Change 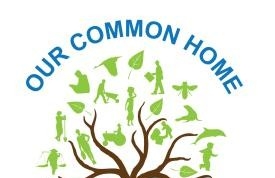 This conference explored the implications of Pope Francis' encyclical on climate change and the environment, "Laudato Si (Praised Be): On the Care of the Common Home." With speakers from diverse backgrounds and professions, this conference examined the encyclical and the Pope's recent messages with the scrutiny of a wide-range of perspectives: from the political and the scientific to the ethical and the theological.

Pope Francis’s encyclical Laudato Si’, published last May, addressed human impact on the climate, and particularly focused on how climate change will affect the world’s most vulnerable populations. The Boston College conference followed Pope Francis’ travels in the United States in September where he took his message to the United Nations and Congress.

The strongest current of thought running through the encyclical and the pope’s recent speeches is that the culture of greed and exclusion has led to the degradation of our environment and portends the destruction of our common home. Francis has also reshaped the ethics of growth and development by framing it in terms of human rights: “Economic and social exclusion is a complete denial of human fraternity and a grave offense against human rights and the environment.” The pope’s message is intended to foster a global dialogue at all levels of society.

The BC conference, “Our Common Home: An Ethical Summons for Climate Change,” was held September28-October 1. Over the four days, Francis’ encyclical was subjected to the scrutiny of academics from numerous disciplines, as well as journalists and policy makers, with the intent of inspiring action to address climate change.

Senator Edward Markey of Massachusetts opened the conference with a stirring speech on governmental efforts to mitigate the impending effects of climate change. Cardinal Peter Turkson of Ghana, a chief advisor to Pope Francis, who participated in the writing of the encyclical, spoke to a packed and attentive audience at Robsham Theater. Turkson called upon Catholics across the globe to respond to climate change from a scriptural perspective, and described Laudato Si’ as a path to an agreement at the upcoming COP21 Paris talks. Another keynote speaker, the economist Graciela Chichilnisky, shared her work on carbon negative technology. A carbon negative plant she designed and built with Stanford engineers takes CO2 emissions out of the air.

Also at the conference, John Holdren, Assistant to the President of the United States for Science and Technology, asserted that while the encyclical’s account of climate science was sound, it was lacking in aspects of policy. Holdren argued that mitigation and adaption to climate change are essential components of any plausible plan to salvage the world from extreme degradation. According to Holdren, the encyclical did not address the useful role technology can play in mitigating the effects of climate change.

Edouard Tétreau, French essayist, columnist and political and economic consultant, called for a new Bretton Woods to address climate change. Other panels during the conference addressed the role of media in stemming climate change, the ramifications of climate change on vulnerable communities, the theological underpinnings of the encyclical and the document’s implications and the importance of Catholics in the developed world to recognize and readjust their lifestyles according to an environmentally conscious ethic. Students also had the opportunity to learn about climate change advocacy, service and jobs opportunities at a fair called “What Can I Do?”

In the final keynote lecture of the conference, Julian Agyeman of Tufts University underscored the importance of combating inequality in any plan to halt or mitigate the effects of climate change. This concluding point emphasized the critical role and ethical responsibility of affluent nations for their large contribution to pollution and carbon emissions.

Cardinal Peter Turkson of Ghana, a chief advisor to Pope Francis, kicked off a four-day conference at Boston College examining the Pope’s sweeping climate change encyclical, Laudato Si', and its global impact on faith, environmental policy and social justice. He called on Catholics around the world to respond to climate change from a Scripture-based perspective, and he offered the encyclical as a path to an agreement in the upcoming Paris talks.