A Republic of Prophets: Civil Religion and Culture Wars from Winthrop to Obama

A Republic of Prophets: Civil Religion and Culture Wars from Winthrop to Obama 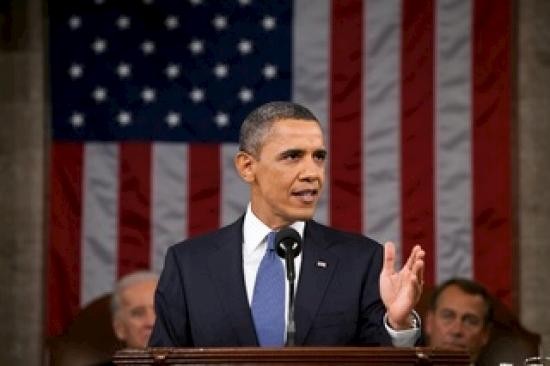 The American Republic is being torn apart by a culture war between religious nationalists and radical secularists. The best hope for reconstituting its vital center lies in the nation's centuries-old civil religious tradition, a distinctly American synthesis of prophetic religion and civil republicanism. While the prophetic side of the tradition is alive and well – think of Obama's eulogy in Charleston – the republican leg desperately needs strengthening.

Philip Gorski is Professor of Sociology and Religious Studies at Yale University, with research interests in secularization, nationalism, and the interaction of religion and politics in the U.S. and Europe. He is currently the co-director of Yale’s Center for Comparative Research and is a co-director of the MacMillan Center’s Initiative on Religion, Politics, and Society. He is the author of numerous articles, and his books on religion and politics include The Protestant Ethic Revisited and The Disciplinary Revolution: Calvinism and the Rise of the State in Early Modern Europe. He is a consulting editor to the American Sociological Review and a co-editor of Sociological Theory. His latest book, A Republic of Prophets, is forthcoming from Princeton University Press. Gorski holds a B.A. from Harvard College and a Ph.D. in Sociology from the University of California, Berkeley. 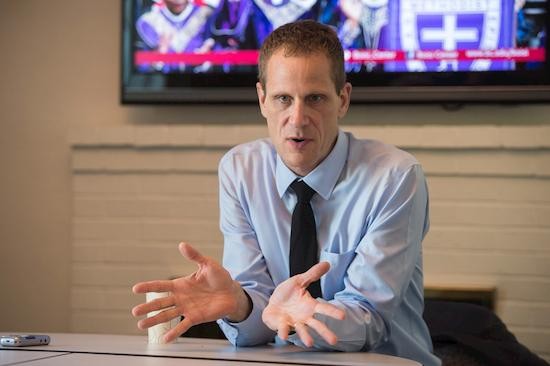 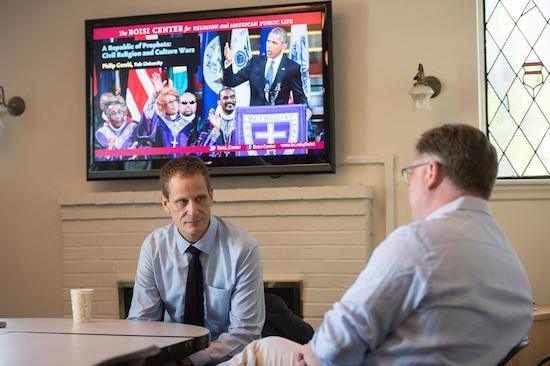 Philip Gorski, professor of sociology and religious studies at Yale University, spoke at the Boisi Center on September 16 about the nation’s civil religious tradition. This American synthesis of prophetic religion and civil republicanism bridges the cultural divide between religious nationalists and radical secularists. His talk was based on his forthcoming book from Princeton, A Republic of Prophets: Civil Religion and Culture Wars from Winthrop to Obama.

Gorski, also co-director of Yale’s Center for Comparative Research and co-director of the MacMillan Center’s Initiative on Religion, Politics and Society, began his talk by exploring the rhetoric of President Obama in his 2008 presidential campaign and in his recent eulogy for slain Charleston pastor Clementa Pinckney. By using a sermonic style, Obama’s eulogy, in particular, demonstrated that the prophetic side of the civil religious tradition is still strong.

Gorski traced the rise and fall of civil religion in the United States and compared it to rival traditions. These include religious nationalism, which is manifested today in certain apocalyptic evangelical circles, on one extreme, and radical secularism, with its emphasis on stark individualism, on the other. The civil religious tradition has an important place in American politics and society, according to Gorski. He concluded his talk arguing for a distinction between religious nationalism and the civil religion.

While civil religion is rooted in Puritan beliefs, it has evolved greatly over time into an inclusive and adaptable tradition that includes far more than just Protestants. Catholics, Jews, women, African-Americans and social progressives have all drawn from and contributed to the tradition. Today the civil religious tradition is most visible in black churches and in the African-American community.

Lambert, Frank. The Founding Fathers and the Place of Religion in America. (Princeton University Press, 2006).

Frederick Douglass's, "The Meaning of July Fourth for the Negro."

WEB Du Bois's, "The Forethought" from Souls of Black Folk.

Benjamin Rush's, "Mode of Education Proper in a Republic."

Kim Davis’ refusal to issue marriage licenses to same sex couples has ignited a national debate that highlights the radical secular and religious nationalist groups within our nation. In his talk at the Boisi Center, Yale Professor of Sociology and Religious Studies Philip Gorski criticized these two extremes and offered civil religion as a voice for the majority of Americans who make up the vital center.