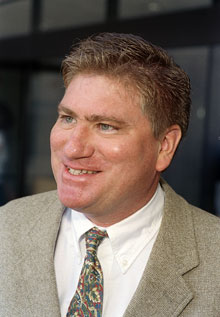 This year marks the fiftieth anniversary of the death of George Rouault, and Boston College's McMullen Museum is hosting an exhibit of Rouault's finest works. The exhibit highlights the many outward “masks” that Rouault loved to paint—those of circus players, prostitutes and judicial figures, as well as the iconic sainte face (holy face) of Christ, definitively symbolized by the key figure of Véronique (vera icon)—the exhibition recovers Rouault’s keen sense of disjunction, unintended consequences, and ironic reversals. This irony (a sometimes bitterly satirical one) was often glossed over by a conventional piety in the presentation of his work. Join us for a fascinating presentation about Rouault and the exhibit. 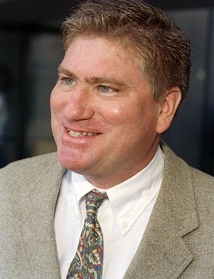 Professor Stephen Schloesser joined the faculty at Boston College in the fall of 1999. He specializes in late modern French cultural history with a special interest in the intersections between Catholicism and various modernisms. In addition to teaching both semesters of the modern history core, he teaches "20th-century Catholic Imaginations," "Celluloid Salvation" and "Modernity Confronts Catholicism, 1789-1989." He is also an adjunct professor at the Weston Jesuit School of Theology.

Schloesser holds a Ph.D. in history and humanities from Standford University. He is author of many books including Jazz Age Catholicism: Mystic Modernism in Postwar Paris, 1919-1933 (University of Toronto Press, 2005) and Mystic Masque: Semblance and Reality in Georges Rouault, 1871-1958 (Boston College Press, 2008). He is currently the curator for the Mystic Masque Exhibit at the McMullen Museum of Boston College.

Outward appearance, both revealing and dissembling, is key to understanding the work of French artist Georges Rouault, the subject of a critically acclaimed exhibition this fall at Boston College’s McMullen Museum of Art. Curated by history professor Stephen Schloesser, S.J., the exhibit was entitled “Mystic Masque: Semblance and Reality in Georges Rouault 1871-1958.” On October 15 Professor Schloesser joined us at the Boisi Center to discuss theological and philosophical themes in Rouault’s work.

Schloesser focused upon what he called the “epistemological modesty” of Rouault’s masked figures—clowns, judges, lawyers and prostitutes. Prostitutes must appear romantically interested in a client rather than reveal the harder reality; lawyers must act passionately on behalf of their clients, even when they have doubts as to their innocence. By juxtaposing these figures with religious iconography such as images of Christ and Saint Veronica, Rouault expressed his belief that divine reality often hides under outward appearance. Saint Veronica, in fact, was a favorite theme of Rouault’s. Veronica helped Christ in the midst of his suffering as he carried his cross to Calvary. Most people did not recognize Christ’s divinity as he faced crucifixion. In love, Veronica wiped his brow with her handkerchief, and his true, divine, image appeared on the cloth.

Surveying some of Rouault’s more violent and gritty images, Schloesser argued that the artist shared with Flannery O’Connor and Graham Greene a recognition that violence sometimes corrects our vision and allows us to recognize the masks that conceal the truth of a situation.

Rouault faced persistent criticism during his lifetime from secular and religious critics alike as a consequence of what Schloesser described as Rouault’s refreshing look at religion, his overturning of religious certainty and pride. Nevertheless, said Schloesser, sacramentality permeates Rouault’s work, in which the appearance of a thing is only an outward sign; deeper and more significant reality lies within.

Audio Tour of Exhibit -- Segment #1 provides an introduction to the exhibit.

Commentary on the exhibit by Jed Perl in the New Republic