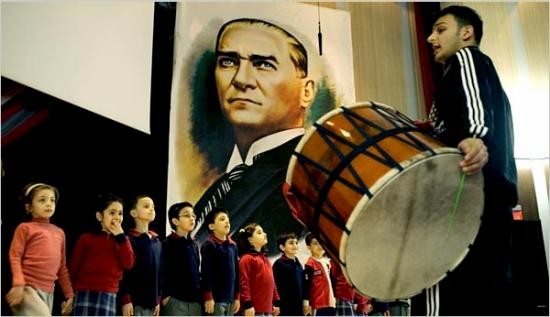 Turkey and the United States provide fascinating points of comparison with regard to the role of religion in public life, and particularly the role of religion in each nation’s educational landscape. Turkey’s government was strongly­—even stridently—secular for eighty years, but in the last decade Prime Minister Recep Tayyip Erdoğan has led a series of major reforms to make the state and its schools more accommodating to the religious beliefs and practices of its citizens. In this talk, Owens will draw upon research and fieldwork from a recent trip to Turkey to examine why Turkish educational reforms are so controversial, and what they can tell us about our own national debate about religion, education and the state. 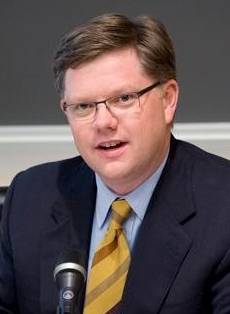 Erik Owens is associate director of the Boisi Center and adjunct assistant professor of theology and international studies at Boston College. His research explores a variety of intersections between religion and public life, with particular attention to the challenge of fostering the common good of a religiously diverse society. He is a contributor to and co-editor of three books: Gambling: Mapping the American Moral Landscape (2009), Religion and the Death Penalty: A Call for Reckoning (2004) and The Sacred and the Sovereign: Religion and International Politics (2003), the last of which was called a "must read" by Foreign Affairs in 2009. Co-chair of the American Academy of Religion's Religion and Politics section, he also sits on the AAR's Committee for the Public Understanding of Religion and the steering committee of the AAR's "Religion and Public Schools: International Perspectives" group. He received his Ph.D. in religious ethics from the University of Chicago, an M.T.S. from Harvard Divinity School, and a B.A. from Duke University. 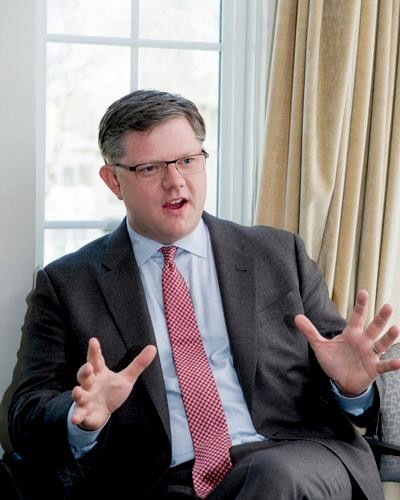 Erik Owens, Associate Director of the Boisi Center, speaks during a lunch colloquium on April 17, 2013. 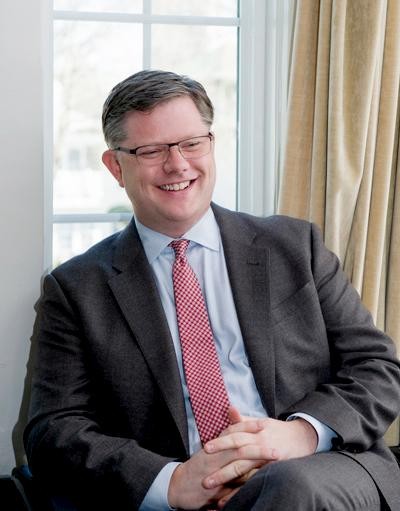 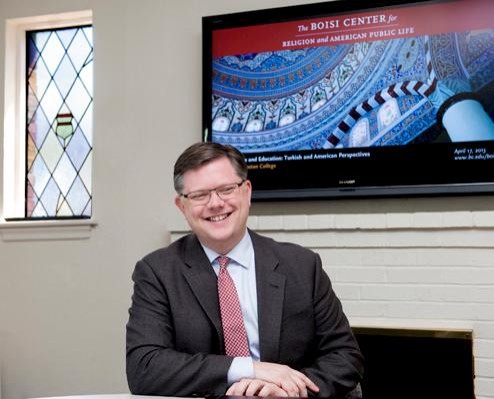 Turkey and the United States provide fascinating points of comparison with regard to the role of religion in public life, and particularly the role of reli­gion in each nation’s educational landscape. Drawing upon current research as well as fieldwork from a recent trip to Turkey, Boisi Cen­ter associate director Erik Owens spoke about recent educational and constitutional reforms in Tur­key on April 17 at the Center’s final lunch colloquium of the year.

Turkey’s government was strongly—even stridently—secular for eighty years, but in the last decade Prime Minister Recep Tayyip Erdogan has championed a series of major reforms to make the state and its schools more accommodating to the religious beliefs and practices of its citizens. Several of these reforms have broadened the influence of Imam Hatip schools, public vocational schools originally created in the 1920s to train religious leaders in state-sanctioned forms of Sunni Islam, but which now feature a broader curriculum focused on religious, moral and civic leadership. All Turk­ish schools provide civic education and require recitation of an ethno-nationalist pledge of allegiance. But the five percent of Turks (including the Prime Minister) who are Imam Hatip graduates form a cohesive network of citizens who embrace and endorse a religious conception of Turkishness at odds with the previously dominant secularism. This shift toward greater accommodation of religion is occuring as Turkey enjoys a booming economy and increased stature in regional and global affairs, a fact that makes Turkey a key country to watch as its Arab neighbors seek stability amidst revolutions and wars.

A passionate discussion period followed Owens’s talk, highlighting the expertise of theologians and political scientists as well as the lived experi­ences of several Turks, Armenians and Kurds in attendance.

James Fraser. Between Church and State: Religion and Public Education in a Multicultural America. (St. Martin, 1999).

Erik Owens. Taking the "Public" Out of Our Schools: The Political, Constitutional, and Civic Implication of Private School Vouchers. (Journal of Church and State, 2002).

Warren Nord. Does God Make a Difference? Taking Religion Seriously in Our Schools and Universities. (Oxford, 2010).

Conference on Islam and Democracy: A Closer Look at the Turkish Model (The Boisi Center for Religion and American Public Life, 2012)

On April 9th, 2013, Turkish Parliament agreed to extend the deadline of the ongoing debate about major constitutional reforms that could have important consequences for Turkey's religious and cultural minorities.