What Everyone Needs to Know About Shariah

What Everyone Needs to Know About Shariah 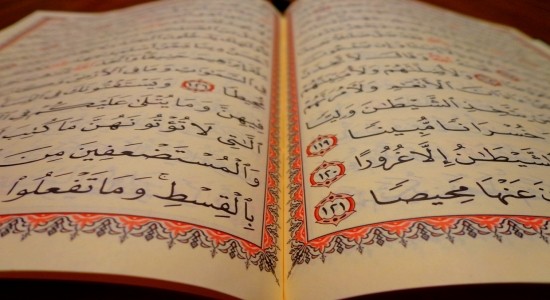 What does everyone really need to know about Shariah? This talk will address some of the common stereotypes - and fears - of Shariah, particularly in an American context: What do Muslims mean when they say Shariah? What aspects of it would they like to see implemented in the public sphere? And what do ongoing debates among Muslims about Shariah share in common with Christian debates about religious values in public life? 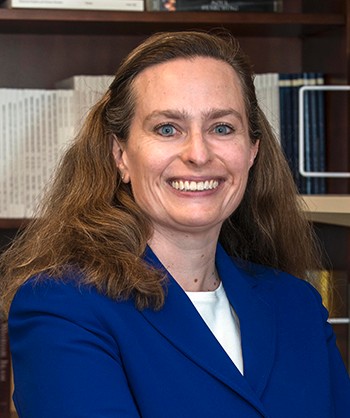 Dr. Natana J. DeLong-Bas is the author of Shariah: What Everyone Needs to Know (co-authored with John L. Esposito, 2018), Islam: A Living Faith (2018), Wahhabi Islam: From Revival and Reform to Global Jihad (rev. ed. 2008), Notable Muslims: Muslim Builders of World Civilization and Culture (2006), and Women in Muslim Family Law (co-authored with John L. Esposito, rev. ed., 2001), editor-in-chief of The Oxford Encyclopedia of Islam and Women (2013) and deputy editor of The Oxford Encyclopedia of the Islamic World and Oxford Islamic Studies Online (2008). Past president of the American Council for the Study of Islamic Societies (ACSIS), she is an expert on Islam, the Arabian Gulf, women and gender, Islamic law, and terrorism and extremism. She is associate professor of the practice of theology and Islamic civilizations and societies at Boston College. 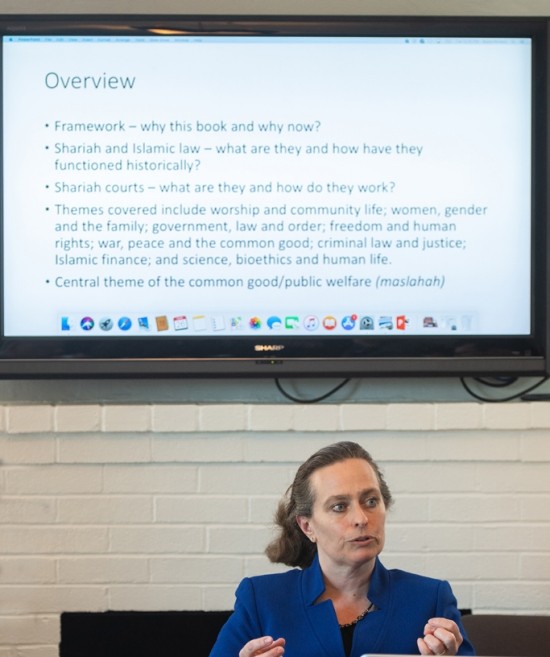 Natana DeLong-Bas, professor of the practice of theology and islamic studies and civilizations at Boston College, begins her presentation. 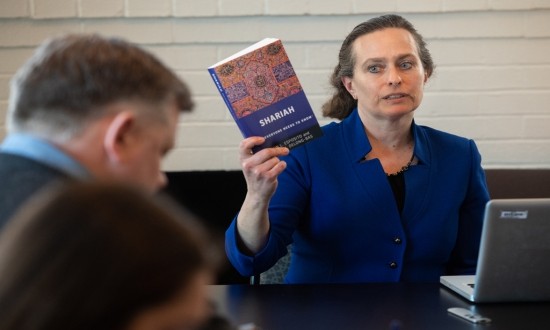 Professor DeLong-Bas displays her recent book, Shariah: What Everyone Needs to Know (Oxford, 2018), co-authored with John Esposito. Her lecture was partially based on this book. 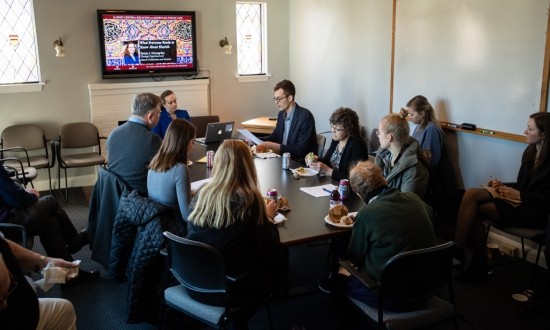 In the wake of the March 15th, 2019 massacre in Christchurch, New Zealand, when a white supremacist and terrorist killed 50 Muslims during prayer in two of the city’s mosques, Natana DeLong-Bas’ (theology) March 26th luncheon colloquium at the Boisi Center was timelier than ever. Her talk, adapted from her book Shariah: What Everyone Needs to Know, co-authored with John L. Esposito, defined shariah and what significance it has to Muslims around the world, and examined why misinformation about shariah and the Islamic faith can be dangerous in a pluralistic society.

DeLong-Bas began by defining shariah for the audience. Distinct from Islamic law, shariah is comprised of general principles or objectives that Muslims believe are given as divine revelation. As a result, shariah, as a concept, does not change or develop. Islamic law, however, is the human interpretation and implementation of that divine revelation. It is a dynamic process open to reinterpretation and reform, just like Western law or even religious law in Western religious traditions.

To complement her notes on shariah, DeLong Bas also addressed the anti-Muslim fear and rhetoric that has been prevalent in America in the last two decades. Addressing fears that Muslims in America are planning to implement shariah on a civic level, DeLong-Bas explained that the majority of both American Muslims and Christians do not see religious law as a proper rule for U.S. state or federal law. Further, shariah is not properly used as a civic system. Addressing the supremacist myth that Muslims are going to out-populate Americans, DeLong-Bas shared Pew statistics that Muslims make up only about 1.1% of the American population. Even in a so-called “worst case” population scenario like Europe, a site of high Muslim immigration, Muslims will likely only make up 14% of the entire population of Europe by 2050.

DeLong-Bas concluded her presentation with a reminder that many of today’s Muslims are as concerned about questions of revising, renewing, and reinterpreting the problematic aspects of their tradition as Christians are, stressing that major schools of shariah and Islamic law are primarily concerned with their roles in personal development and in shaping people who are contributing citizens and members of their communities. The pervasive narrative of shariah as a brutal, capital system of punishment is a false, often damaging narrative. The questions that followed DeLong-Bas’ presentation focused on support of Muslim members of Congress like Ilhan Omar, the experience of Muslim students at Boston College, and the state of 2019 U.S. policy on these issues.

Hamid, Shadi. Islamic Exceptionalism: How the Struggle over Islam is Reshaping the World. St. Martin's Press, 2016.

A March 2019 article from the Africa Times reports on Fox News host Jeanine Pirro's controversial allegation that congresswoman Ilhan Omar’s (D-Minn.) hijab is a symbol of loyalty to Shariah law. Equally tendentiously, Pirro contends that such an Islamic legal framework is "antithetical" to the U.S. Constitution.