Blessed Are the Rich: The American Gospel of Success 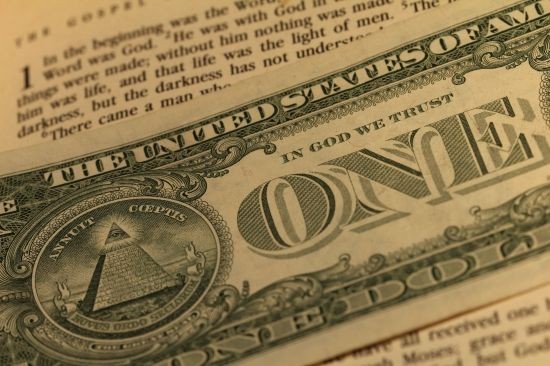 The idea that God wants us all to be wealthy and prosper dates back to the founding of the nation. Puritans, mainline Protestants, and charismatic Pentecostals alike have claimed divine right to name prestige, privilege, and prosperity as their own. Nor is it limited to formally organized religious spaces and ordained clergy. Prominent cultural figures like Benjamin Franklin, Bruce Barton, and Oprah Winfrey have proven to be premier revivalists of this quintessentially American gospel. Prosperity is a prominent feature of the prevailing creed of this nation. What role can communities of faith have in challenging the very tenets that make its institutional existence possible? Or is the Christian Church in the United States damned to irrelevancy as a result of its own “success”? 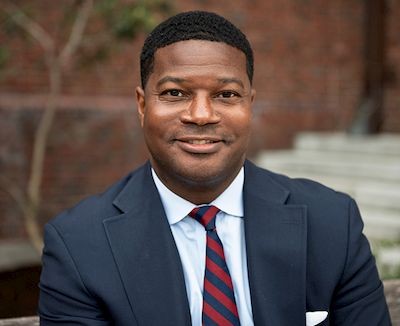 Jonathan L. Walton is a social ethicist whose scholarship focuses on evangelical Christianity, and its relationship to mass media and political culture. He is an outspoken advocate for social justice and civil rights. His work and insights have been featured in several national and international news outlets including the New York Times, CNN, Time Magazine, and the BBC.

His latest book, A Lens of Love: Reading the Bible in Its World for Our World (Westminster John Knox Press, 2018), blends his work from the pulpit and classroom. A Lens of Love explores the Bible from the perspective of the most vulnerable and violated characters toward developing a Christian social ethic of radical inclusion and human affirmation.

Walton earned his Doctor of Philosophy and Master of Divinity degrees from Princeton Theological Seminary. He served as the Plummer Professor of Christian Morals and Pusey Minister in the Memorial Church at Harvard University prior to being appointed Dean of the Divinity School and Wait Chapel at Wake Forest University in 2019. Walton also occupies the Presidential Chair in Religion & Society at Wake Forest.

He is married to the former Cecily Cline, and they are the parents of three children—Zora Neale, Elijah Mays, and Baldwin Cline.

Bowler, Kate. Everything Happens for a Reason: And Other Lies I’ve Loved. New York: Random House, 2018.

Walton, Jonathan L.  A Lens of Love: Reading the Bible in Its World for Our World.  Louisville: Westminster John Knox Press, 2018.

Recently, the National Catholic Reporter released a three-part series about Matthew Kelly--a well-known Catholic writer, speaker, and businessperson. The series focuses on Kelley’s conflicts of interest between his non-profit organization and several of his for-profit companies. Often been considered the Catholic equivalent of the prosperity gospel proponent and evangelical Protestant pastor, Joel Osteen, they together raise questions about the relation between Christianity and business but most importantly about the messages that they send to society at large: does God only favor those with wealth and success? 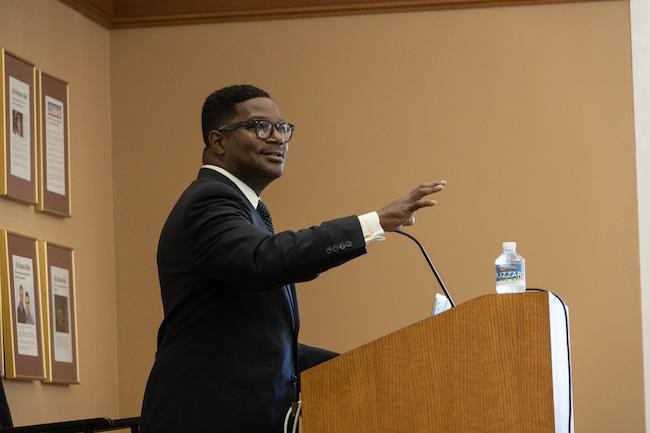 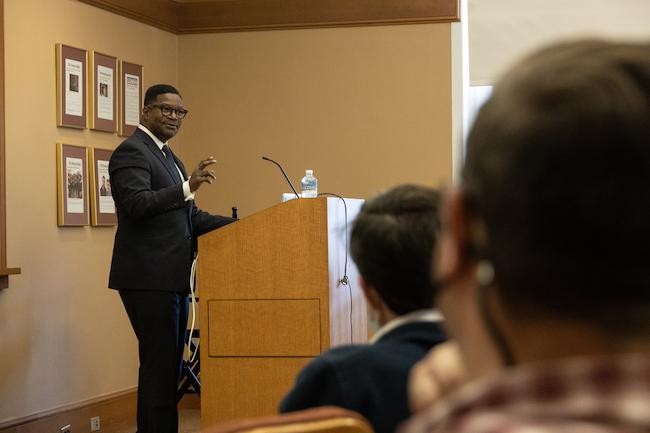 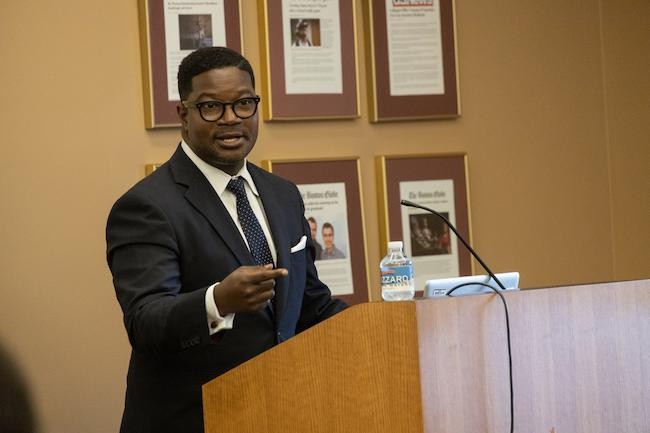 After speaking about the prosperity gospel at a leading Protestant seminary, Jonathan Walton, Dean of the Divinity School at Wake Forest University, was asked the following question: “What does this have to do with faith in God?” The answer to this question formed the basis of Dean Walton’s talk at the Boisi Center’s 19th Annual Prophetic Voices Lecture on October 6, 2021, “Blessed are the Rich: The American Gospel of Success.”

The prosperity gospel originated in the late 19th and early 20th centuries, emerging from mind science and positive thinking traditions. It developed at the margins of American Protestantism, particularly among working-class Whites and charismatic Blacks in the South and Midwest. The theology of the prosperity gospel--better understood as theologies--emerged from certain biblical texts (e.g., “Beloved, I wish above all things that thou mayest prosper and be in health, even as thy soul prospereth.” [3 John 1:2, KJV]) and theological strands that understood Jesus Christ as the key to life, death, and abundance. Abundance in the context of the prosperity gospel could well include a new car and  great financial wealth.

Dean Walton noted that when he provides this brief overview, it is not uncommon for his listeners to shake their heads, wondering how anyone could fall for such ideas. Their response is not unlike that of the gentleman who asked him, “What does this have to do with faith in God?” Walton argued that all communities of faith distinguish themselves by the symbols and accoutrements they adopt, whether they are fancy cars or beautiful stained glass windows. Religion organizes in part through aesthetic markers and consumptive behaviors that point to who we seek to become. Further, these symbols and behaviors reflect an undeniable hierarchy of taste and consumption in American culture that Walton illustrated by contrasting Broadway productions, Harper’s magazine, and the Ivy League versus Tyler Perry’s movies, People magazine, and Alabama football. One community’s cars and planes are another’s Brooks Brothers and sublime hymns.

Walton highlighted the Depression era writings of James Truslow Adams, who popularized the concept of the “American Dream,” and Alfred Whitney Griswold whose dissertation examined what he dubbed the American Gospel of Success, informed by his brief stint on Wall Street. Their conception of the Dream did not have to do with social mobility per se, but with the idea that the elite establishment carries values of social stability and continuity that could inspire the masses. By embracing, consuming, and digesting the elite view of society, strivers who were sufficiently industrious and intelligent could assimilate and thus serve to reinforce the existing structures of hierarchy.

In a somewhat similar vein, Walton argued that there are epistemic and cultural biases in the academic study of religion in that moral judgments and values are actually at play in what is often thought of as a critical and objective discipline. Categories of good and bad religion get produced in scholarship, and historically communities of color have become the “gutter in which all bad religions collect.”

Walton concluded that most of us have blinders to our own social position, blinders that obscure from us elements of gross inequality in society. He urged compassion for those who appear “other,” but who actually share our aspirations and, like us, are always competing for status in society.