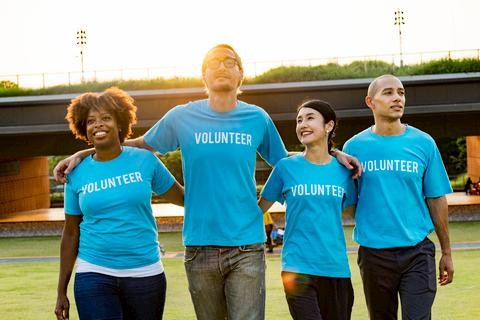 The United States suffers from a civic empowerment gap that is as shameful and anti-democratic as the academic achievement gap targeted by No Child Left Behind. Schools--especially de facto segregated schools serving mostly low-income youth of color--should help reduce the civic empowerment gap by teaching collective action, openly discussing the racialized dimensions of citizenship, and provoking students by engaging their passions against contemporary injustices through action civics.

Meira Levinson is Associate Professor of Education at Harvard Graduate School of Education. Her research interests include civic education, multiculturalism, educational justice and youth empowerment. Levinson draws upon scholarship from multiple disciplines as well as her eight years of experience teaching in the Atlanta and Boston Public Schools and she is currently working on a project on “Justice in Schools” that will combine philosophical analysis and school-based case studies. Her recent published works include No Citizen Left Behind (Harvard University Press, 2012), Making Civics Count: Citizenship Education for a New Generation (Harvard Education Press, 2012), and The Demands of Liberal Education (Oxford University Press, 1999). She received a B.A. in Philosophy from Yale University and a Ph.D. in Politics from University of Oxford. 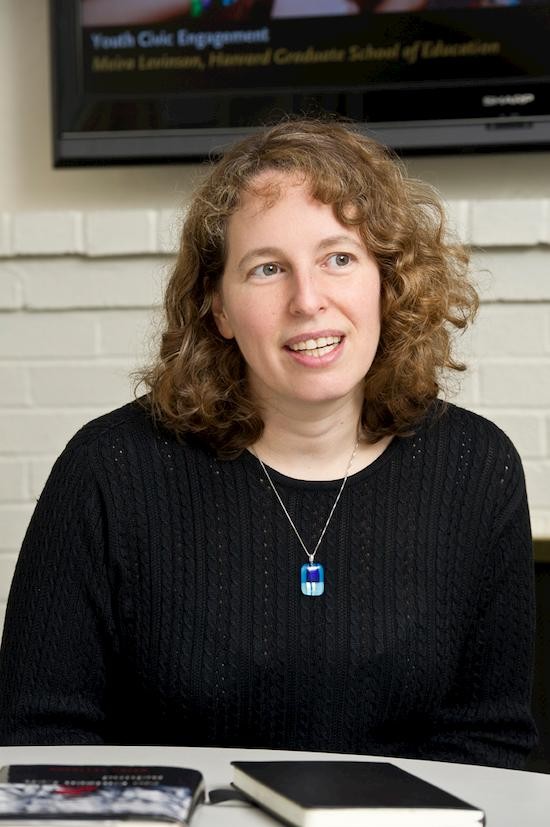 Meira Levinson, Associate Professor of Education at the Harvard Graduate School of Education, at the Boisi Center on February 28, 2013. 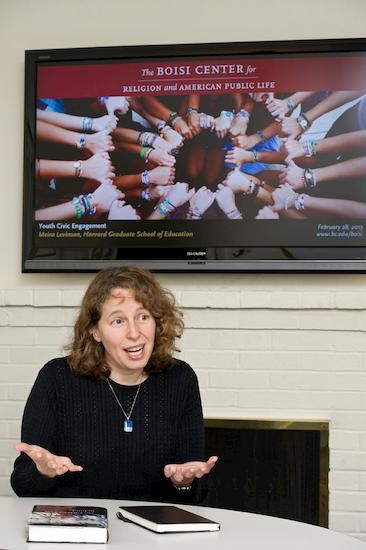 American public schools are charged with educat­ing children so that all are capable of full partici­pation in the economic, political and civic life of our nation. Broadly construed, this is the civic mis­sion of schools, and it encompasses (and requires) the traditional ends of education for literacy and numeracy. Unfortunately, civic education is frequently shunted aside in schools today even as schools continue to put more emphasis on high-stakes testing and evaluation.

The result, argues Harvard education professor Meira Levinson in an im­portant new book, No Citizen Left Behind, is a profound “civic empowerment” gap that is every bit as pro­found, shameful, and anti-democratic as the academic achievement gap targeted by the federal No Child Left Behind program.

Levinson spoke at the Boisi Center on February 27 about the root causes of the civic empowerment gap and how a civic education rooted in what she calls “ac­tion civics” can turn the situation around. Action civics de-emphasizes (but does not entirely reject) old-school requirements to memorize lists of presidents or facts about Congress, and focuses instead on teaching young people to “do civics and behave as citizens” in their lo­cal communities. Drawing upon her years as a middle school teacher in Atlanta and Boston public schools, Levinson described specific civic projects her students undertook and the sense of empowerment they earned from relatively small victories such as gathering sig­natures on a petition that convinced the city council to repair streetlights or clean up a local park.

Action civics also supports a new way of teaching American history that students in disadvantaged com­munities can relate to, one that speaks of struggle and oppression as well as uplift and liberty. Levinson argued that American history demonstrates the power of collective action, a profound point that marginalized young people (i.e. individuals) today can take as a call to find common ground, promote the common good, and slowly close the civic empowerment gap that plagues our country.

Robert N. Bellah's lecture on "Religion, Citizenship and the Crisis in Public Education", given at Emory University in 1985.

See recent research on the civic and political engagment of young Americans at CIRCLE (The Center for Information & Research on Civic Learning and Engagement) at Tufts Univeristy, particularly the 2003 Special Report: The Civic Mission of Schools.