U.S.-Vatican Relations: An Historical Perspective from Reagan to Biden 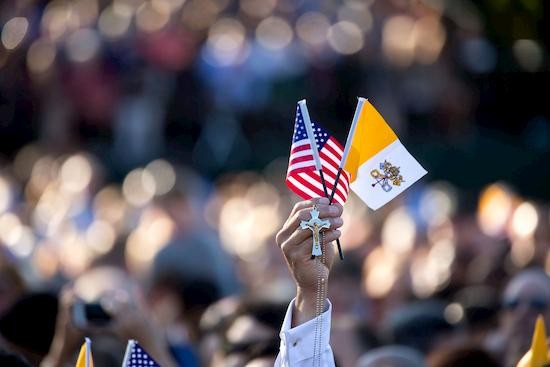 Historians Oliver Rafferty, S.J. and Charles Gallagher, S.J., theologian Mark Massa, S.J., and Peter G. Martin, former policy advisor with the U.S. State Department, will discuss the history of U.S.-Vatican relations between Ronald Reagan and Joseph Biden (our second Catholic president). The panel will focus on long-term patterns and political issues in American politics and social movements that have changed the context for Vatican relations with American Catholics and with the larger political culture. 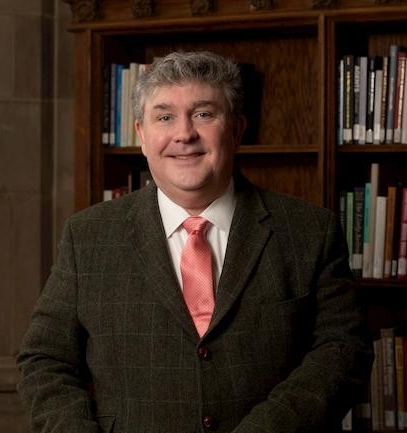 Charles R. Gallagher, S.J. is an Associate Professor of History at Boston College.  His current writing project is under contract with Harvard University Press forthcoming in summer 2021 as Nazis of Copley Square: The Forgotten History of the Christian Front.  In 2017 he was the William J. Lowenberg Memorial Fellow at the Jack, Joseph, and Morton Mandel Center for Advanced Holocaust Studies at the US Holocaust Memorial Museum, Washington DC.  His first book, Vatican Secret Diplomacy: Joseph P. Hurley and Pope Pius XII (New Haven, Yale University Press) won the 2009 John Gillmary Shea Prize of the American Catholic Historical Association.  His interests are Vatican Diplomacy, Christian-Jewish relations, and the intersection between religion and espionage. 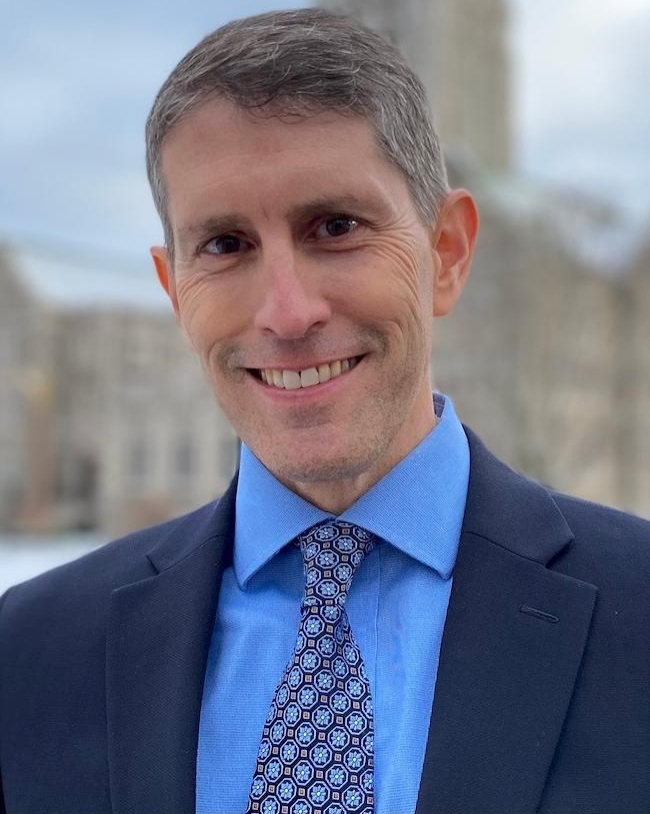 Peter G. Martin is Special Assistant to the President at Boston College, engaged with projects for University President Fr. William P. Leahy, S.J. He is chairman of the steering committee of BC’s Church in the 21st Century Center and is the university’s accreditation liaison officer, among other roles.

Before coming to Boston College, Martin was a U.S. diplomat for over twenty years in Washington and abroad, including for seven years at the U.S. Embassy to the Holy See. Pope Benedict XVI named him Knight Commander of the Pontifical Order of St. Gregory the Great in 2007. Among other assignments, he was a Pearson Fellow at the U.S. House of Representatives Committee on Foreign Affairs, Senior Adviser in the Office of International Religious Freedom at the U.S. Department of State, and Chief of Staff for the Senior Advisor to the Secretary of State.

Martin has earned degrees from Georgetown and Emory Universities, as well as the U.S. Naval War College.  Before joining the U.S. Foreign Service, he taught history and coached hockey and tennis at Gonzaga College High School in Washington, D.C. 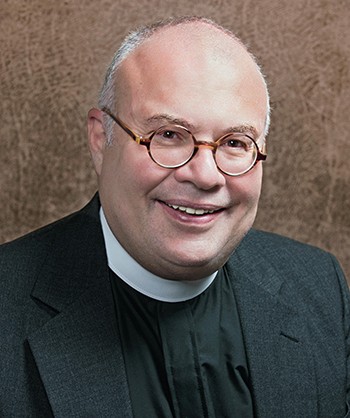 Mark Massa, S.J., is the director of the Boisi Center for Religion and American Public Life at Boston College, where he is also professor of Theology. Massa received his Ph.D. in American religion from Harvard University, and is the author of seven books. His most recent book isThe Structure of Theological Revolutions: Catholic Debates About Natural Law. His monograph published in 1999, Catholics and American Culture: Fulton Sheen, Dorothy Day, and the Notre Dame Football Team, received the Alpha Sigma Nu Award for Best Work in Theology for 1999-2000. His ongoing area of research is American Catholic faith and culture of the past century.

As first holder of the Karl Rahner Chair in Theology at Fordham University, Massa also directed the Curran Center for American Catholic Studies. From 2010 to 2016, he served as dean of the School of Theology and Ministry at Boston College. He also served as board chair for the Boston Theological Institute, a consortium of nine divinity schools, seminaries, and a rabbinical college in greater Boston. Massa has appeared on a number of programs in the "American Experience" series on PBS, including "Religion in America," and most recently, "An American Conscience: The Reinhold Niebuhr Story." 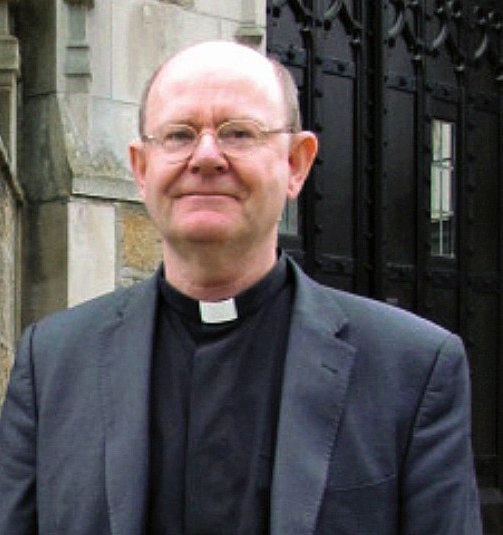 Oliver P. Rafferty, S.J. is professor of modern Irish and ecclesiastical history at Boston College. He has published seven books, and numerous articles and reviews at a scholarly and popular level. Rafferty has taught at several universities and colleges in Britain and Ireland. He has also been a visiting professor in the United States, Korea and Australia. He has been an examiner at the Master’s and Doctorate level for London and Oxford universities; Trinity College, Dublin, the National University of Ireland, Galway; University College, Dublin, the National Council for Academic Awards, Dublin and the University of Western Australia.

Mark Massa, S.J., the Boisi Center’s director, moderated the conversation and began by asking the panelists how they would assess diplomatic relations since President Reagan, and whether the occupant of the White House had much impact on that relationship. Rafferty noted that the relations are managed by professionals, but the president at the time can matter, as evidenced by certain statements by Pope Francis alluding to President Trump. Martin, who worked for many years at the U.S. Embassy at the Holy See, said that the length and depth of the diplomatic relationship help avoid some of those issues that might emerge from more visible members of each state. Gallagher, looking historically, observed that the Vatican archives that cover the period of this panel are closed, so we might not know much about the real relationship until those are opened. He also raised the re-arrival of “secret diplomacy” under Francis, especially regarding Cuba and China. Martin defended the importance of secrecy as a common necessity, pointing specifically to the communications about Cuba—the secrecy avoided any interference by other players. Rafferty added that the Vatican does have its own interests and, in China, for example, the Vatican’s work could be complicated as they desire to better their relationship with China if Biden continues Trump’s combative policies toward China.

Massa asked which president was best at diplomacy to the Vatican. Gallagher led with Nixon, explaining that Nixon flew to Rome in 1969 to meet the pope, even extending his stay in Europe to meet him. That conversation led to a U.S. representative to the Vatican for the first time since 1950. This led to the 1970 appointment of Henry Cabot Lodge, Jr. as the representative to Paul VI, paving the way for full diplomatic relations. Rafferty voted for Reagan, who brought about the establishment of full diplomatic relations, doing so with an idea that he and John Paul II would have a shared concern about communism in eastern Europe and a distrust of liberation theology.

Massa then asked whether the high point in U.S.-Vatican relations was between John Paull II and President George W. Bush. Rafferty said it was overshadowed because of clear policy differences over Iraq. But it was true that at one level Bush spoke the same language as the pope: no apology for being a Christian. Martin believed that Bush was the president that visited more than any other, though Martin also praised President Obama because, under his administration, there were many shared foreign policy goals they shared, and John Kerry, Secretary of State at the time, had significant contact with Cardinal Secretary of State Parolin. Gallagher spoke of the publicity high point on July 20, 2015, when President Obama held a press conference to announce the normalization of diplomatic relations with Cuba and the first thank you is given to the Vatican diplomatic corps. The Vatican was seen as useful to a superpower.

Massa asked the panelists to assess the most contentious issues in the relationship between the U.S. and the Vatican. Rafferty brought up the Cairo Conference on Population and Development in 1994 where the U.S. was foregrounding abortion access in the Third World. The Vatican asked them to not advocate for that as strongly. The U.S. backed down only after the Vatican sent a representative to the U.S. Martin brought up Wikileaks, when a U.S. army private got access to a database of diplomatic cables, including many from the Vatican embassy, and released them in violation of the confidence in which those communications are understood to be disclosed. This included the communications of a Venezuelan priest who had visited the U.S. Embassy at the Vatican and told them about the situation under Chavez. This was a situation when confidence would be very important given the potential danger to him and his family in Venezuela.

Questions were then taken from the viewers. When asked about Catholic presidents, it was noted by Rafferty that having a Catholic in the White House is not necessarily better or worse, though it is different this time, given the way President Kennedy had to deal with significant anti-Catholic bias. The bigger issue might be the relationship between the nation’s second Catholic president and the U.S. Conference of Catholic Bishops, especially given their president’s (Archbishop José Gomez) statement on Biden and abortion on Inauguration Day. Asked about whether there were any residual issues from the Trump presidency, Martin noted that it did less damage because it was less organized. The announcement of the “Muslim ban,” which was learned by many embassies from the news, was an area that caused some difficulty, especially given Pope Francis’s focus on the Vatican’s relationship with the Islamic world. Further questions were asked about the significance of the move of the embassy to the same campus as the U.S. Embassy to Italy, whether the opening of the Vatican archives for this time period will reveal anything significant or cause any issues in the relationship, and whether Newt Gingrich’s media/public presence caused any challenges.

“History of the U.S. and Holy See.” U.S. Embassy to the Holy See. https://va.usembassy.gov/our-relationship/policy-history/io/.

Rooney, Francis. The Global Vatican: An Inside Look at the Catholic Church, World Politics, and the Extraordinary Relationship between the United States and the Holy See. Lanham, M.D.: Rowman & Littlefield, 2013.

Former Ambassador to the Holy See, Miguel Díaz, speculates in an article for the National Catholic Reporter that the relationship between Pope Francis and President Biden will likely be positive, benefitting from their history—Biden’s pre-existing relationship with Francis during his time as Vice President—as well as their shared interest in fighting both the “biological pandemic and social pandemic,” as seen in the policies already advanced by Biden and Francis’s latest encyclical, Fratelli Tutti.