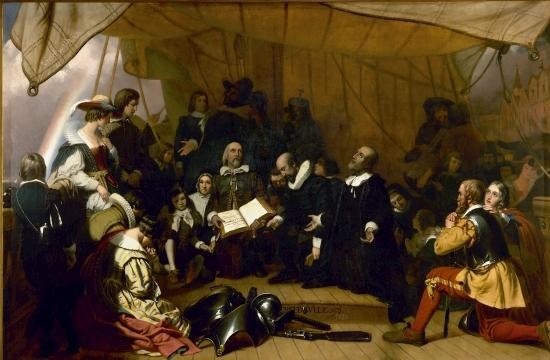 The Bible is by far the single most widely read text, distributed object, and referenced book in all of American history.  This talk draws on Noll’s recently published book, In the Beginning Was the Word, to explore the presence of Scripture from the era of Christopher Columbus through the American Revolution. As guidance for the first American colonies, a polemical prop for the expanding British Empire, the source of personal empowerment during periods of revival, and then a much-bandied rhetorical weapon during the struggle for American Independence, the Bible remained ubiquitous in American consciousness. The lecture ends by suggesting legacies—for good and for ill—from this early history. 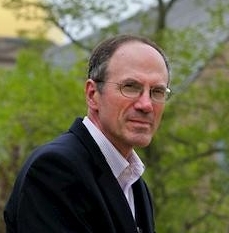 Mark A. Noll is the Francis A. McAnaney Professor of History at the University of Notre Dame, where he has taught since 2006. Before coming to Notre Dame he was for nearly thirty years a member of the history faculty at Wheaton College (Illinois). Noll’s main academic interests are the interaction of Christianity and culture in 18th- and 19th-century Anglo-American societies, although he has also published books, articles and reviews on American evangelical history and the recent world history of Christianity. Professor Noll has been the recipient of three year-long fellowships from the National Endowment for the Humanities; in 2004 he was elected a fellow of the American Academy of Arts and Sciences; in 2005 he was included in TIME Magazine’s survey of the twenty-five most influential evangelicals in the US; and in 2006 he received the National Humanities Medal at a White House ceremony. He is the author of numerous books, including America's God: From Jonathan Edwards to Abraham Lincoln (OUP 2002), Protestantism: A Very Short Introduction (OUP 2011) and In the Beginning was the Word: The Bible in American Public Life, 1492-1783 (OUP 2015). 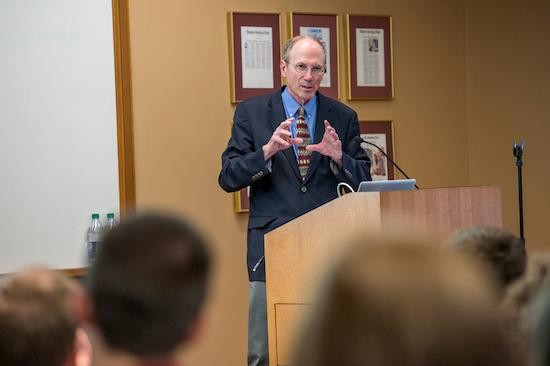 Professor of History and scholar of Christianity in American public life Mark A. Noll speaks at a Boisi Center event on Thursday, Oct. 29, 2015. 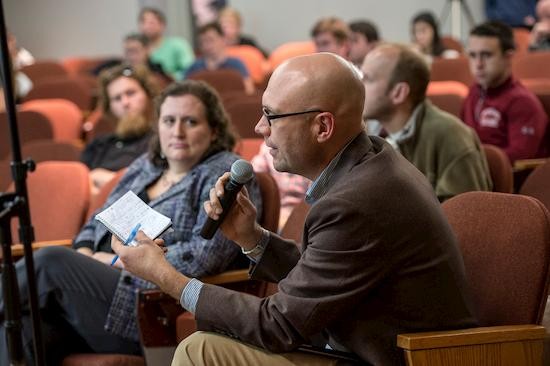 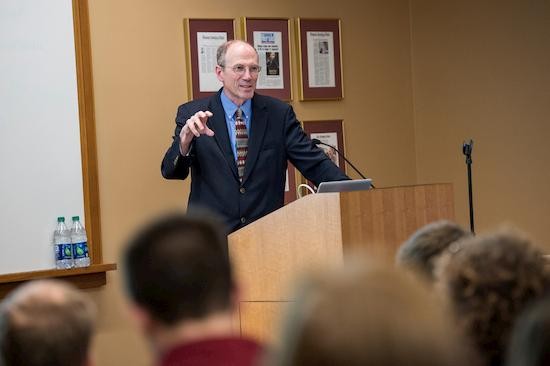 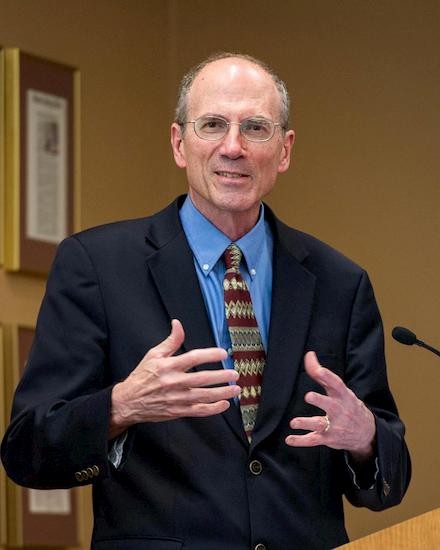 Mark Noll, Francis A. McAnaney Professor of History at the University of Notre Dame, spoke at Boston College on October 29 about the Bible’s role in public life in the American colonies. Noll drew on his new book, In the Beginning Was the Word, which explores the historical trajectory of the Bible’s political uses and cultural place in American civil society.

Noll’s book demonstrates how the use of the Bible in America guided the development of politics and government. While Noll acknowledged the Catholic introduction of the Bible in the Americas, he said that Protestant readings of the Bible deeply informed the emerging American identity.

Noll spoke about the importance of the Protestant Reformation in Europe to the colonial American experience. The British understanding of imperial Christendom, gave way to a message of personal Christianity in America that undermined the concept of Christendom.

Also significant to the development of American public identity, Noll explained, was the adoption of the Bible by the African-American slave community. Slave owners continued to invoke sections of the Bible that appeared to permit slavery, even after their slaves became Christians and found evidence in the Bible opposing slavery. This demonstrates how personal interpretations of scripture put Christians in opposition with one another.

Biblical authority was seen as coming from scripture itself, not through the medium of governmental authority. This difference in Biblical interpretation, Noll showed, was not an isolated incident in American social, political and economic contexts. This tradition of using the Bible as partisan weaponry, Noll claimed, is still alive today.

McGrath, Alister. In the Beginning: The Story of the King James Bible and How it Changed a Nation, a Language, and a Culture.(Anchor Books, 2002).

Noll, Mark. Between Faith and Criticism: Evangelicals, Scholarship, and the Bible in America. (Harper & Row, 1986).

Noll, Mark. The Old Religion in a New World: The History of North American Christianity. (Eerdmans, 2002).

Noll, Mark. Religion and American Politics: From the Colonial Period to the Present. (Oxford University Press, 2007).

Pelikan, Jarosalv. Whose Bible Is It? A History of the Scriptures Through the Ages. (Penguin Books, 2006).

The Bible continues to be used as a rhetorical weapon in the hands of American politicians as evinced by Bobby Jindal's recent remarks on Donald Trump's religious commitment. In his new book, In the Beginning Was the Word—the first part of a multi-volume set—Mark Noll traces the history of the Bible in America up to the present day, and explores the historical narrative that has led to its place in the modern context.