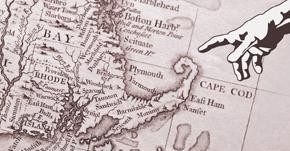 Alexis de Tocqueville, the brilliant early 19th-century French chronicler of democracy in America, recognized the distinctive role that religion played in shaping American culture. “This civilization is the result . . . of two quite distinct ingredients, which anywhere else have often ended in war but which Americans have succeeded somehow to meld together in wondrous harmony; namely the spirit of religion and the spirit of liberty.”

Almost two centuries after de Tocqueville penned these words, the “spirit of religion” remains a powerful force in shaping the views and values of the American people. Evidence of this can be found in the U.S. Religious Landscape Survey recently published by the Pew Research Center's Forum on Religion & Public Life. The study of 35,000 respondents found that more than half of Americans say religion is very important in their lives, attend religious services regularly, and pray daily. Furthermore, a plurality of adults who are affiliated with a religion want their faith to preserve its traditional beliefs and practices rather than adjust to new circumstances by adopting new beliefs and practices.

But other evidence—the culture wars that have been a feature of elections for president and school board members for decades; the clamor of talk radio and cable television —would indicate that the “wondrous harmony” Tocqueville spoke of may no longer hold; that changing demographics and shifting cultural values are today a challenge to both the oneness of the nation in religious terms and the continued beneficial mutuality of the relationship between religion and American national identity. We may no longer be “one nation under God,” as the civic creed was once proclaimed each morning in every American schoolroom.

Our 2008 symposium brings a stellar group of scholars, journalists, and practitioners together to explore the historic and continuing influence of religion and religious belief on civic life in the United States of America.

Religion continues to play a crucial role in American public life and there is today a renewed interest in religion among Americans. Religious schools are on the rise, as is a return to traditional ceremonies and dress among adherents.  Religion-themed covers on popular magazines like Time and Newsweek sell out faster than any others.

At the same time, most Americans have a non-dogmatic approach to faith. According to the Pew report, for example, a majority of those who are affiliated with a religion do not believe their religion is the only spiritual path to salvation. And almost the same percent believes that there is more than one valid way in which to interpret the teachings of their faith. Moreover, nearly half the adults surveyed (44%) had either changed their religious affiliation or abandoned ties to a religion entirely. This cultural openness to a range of religious and non-religious viewpoints is in line with the great and growing diversity of religious affiliations, beliefs, notions, and practices that exists in the United States.

How has religion shaped American character, institutions and culture? When does it serve as a social glue – and when as a social solvent?  What would America have been like if it had been settled by non-believers?  Would “America” exist at all? What do the “culture wars” portend for our future as a nation?

The separation of Church and State is “enshrined” — as it is said — in our Constitution, and yet Americans have a powerful inclination to mix religion and politics. Throughout our nation’s history, great political and social movements – from abolition to women’s suffrage to civil rights to gay marriage – have drawn upon religious institutions for moral authority, leadership, and organizational strength. In the past several decades, religion has been woven deeply into the fabric of partisan politics. The Pew study notes that the degree to which a person regularly attended religious services was a more powerful predictor of his or her vote for president in 2004 than was gender, age, income, or region.

The last two presidential primaries and campaigns featured candidates who openly discussed their creedal beliefs, while churches have become increasingly active in political mobilization, and Barak Obama, during his own campaign for the Democratic nomination, expressed his interest in expanding the delivery of social services through churches and other religious organizations, vowing to achieve the unfulfilled promise of the Republican President George W. Bush’s “faith-based initiative.”

What is the proper role of religion in electoral politics?  How has it changed over the course of two American centuries? How ought we understand the meaning of “separation of church and state”?

A common view of the relationship between religion, morality, and the law was famously expressed by George Washington in his Farewell Address: And let us with caution indulge the supposition that morality can be maintained without religion. Whatever may be conceded to the influence of refined education on minds of peculiar structure, reason and experience both forbid us to expect that national morality can prevail in exclusion of religious principle.

What does this signify for a country that is less and less able to agree on what it means to be “without religion?”  Can we sustain law, virtue, and generous goodness in the United States if we cannot agree that God — or a particular God — wills us to be moral creatures? This is a highly significant question in 2008, when a  host of difficult ethical issues — unimaginable to George Washington — vexes our culture, including abortion rights, doctor-assisted suicide, stem cell research, gene therapy, the allocation of health care, treatment of illegal immigrants, environmental protection, and punishment under the law—whether in a prison death chamber or at Guantanamo Bay.

Many people of faith say that we can – and should – be guided by principles derived from religion and a right understanding of God. Others argue — with evidence of the day’s headlines before them—that adherence to a belief in the divine is hardly a guarantee of moral behavior toward other human beings, but that our moral principles must rest on sturdier foundations, such as the “reason and experience” cited by Washington.

Whose argument should hold sway in the United States? Is it dangerous for a society to abandon the idea that a divine will and command anchors our laws and behaviors? And what ought to be the relationship between our moral convictions—whatever their provenance—and the law of the land?  And where laws seem unjust or immoral by our standards of religion or reason, how ought we to behave?