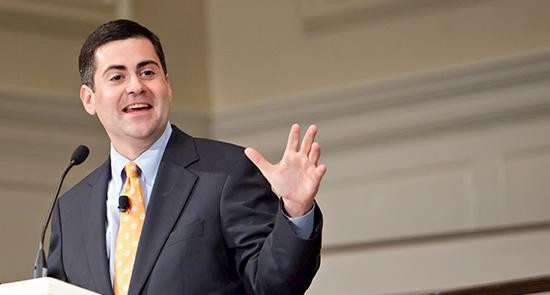 American evangelicals are, sometimes frantically, trying to adjust to an increasingly post-Christian America. We can no longer pretend that we are a "moral majority," sharing "values" with the American mainstream. In a quest to differentiate themselves from the failures of the old Religious Right, some younger evangelicals wish to retreat into a libertarian cultural isolationism, and some wish to adjust to ambient culture. How do we live as a prophetic minority, challenging the culture with a gospel vision rooted in the kingdom of God without abandoning our mission as those who are ambassadors of reconciliation in a broken world? How do Christians live out a distinctively Christian witness in the aftermath of the culture wars? 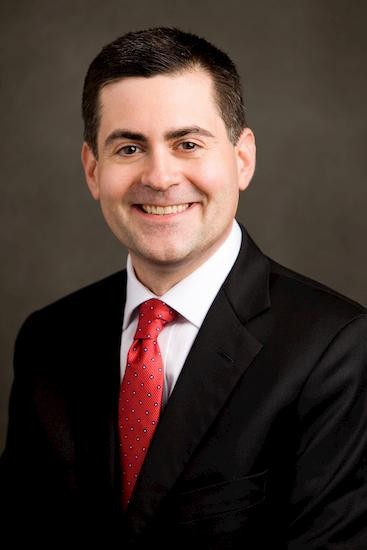 Russell D. Moore is president of the Southern Baptist Ethics & Religious Liberty Commission, the public policy agency of the Southern Baptist Convention. He is an ordained Southern Baptist minister, and speaks frequently on issues of theology, culture, and public policy, having been quoted or published by such news outlets as the New York Times, Wall Street Journal, and Associated Press. He blogs frequently at his "Moore to the Point" website, and is the author or editor of five books and dozens of academic articles. He also serves as senior editor of Touchstone: A Journal of Mere Christianity. Prior to his position as head of the Ethics & Religious Liberty Commission, he served as pastor for a number of Southern Baptist churches, as chairman and four-time member of the SBC Resolution Committee, and as a regular columnist for Baptist Press. Dr. Moore earned a B.S. in history and political science from the University of Southern Mississippi; an M.Div. in biblical studies from New Orleans Baptist Theological Seminary; and a Ph.D. in systematic theology from The Southern Baptist Theological Seminary. 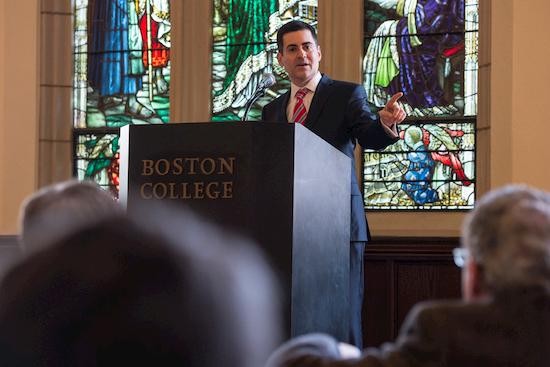 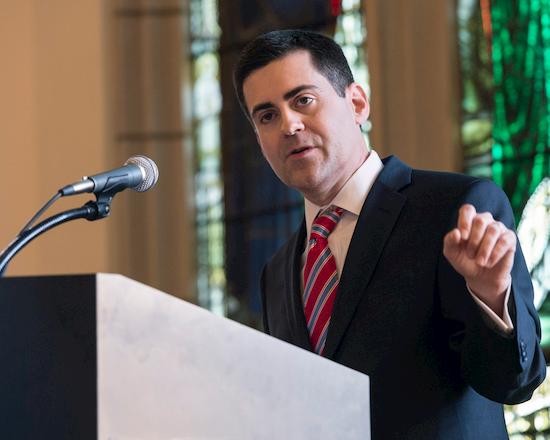 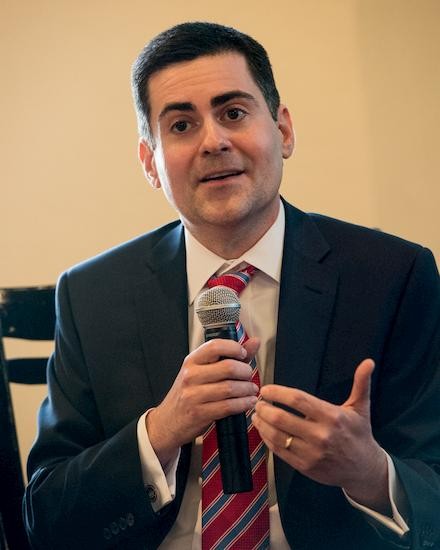 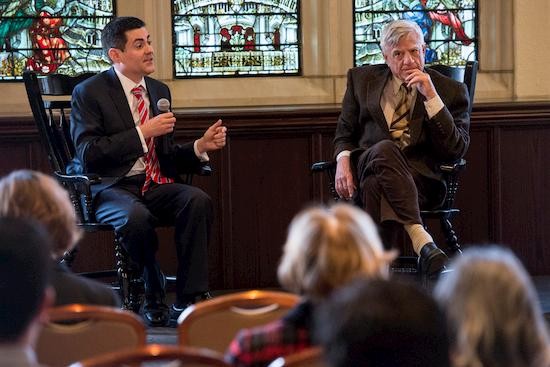 On April 2, Russell Moore captivated the crowd in Gasson 100 with his vision of the evangelical community as a “prophetic minority” amidst a secular culture, as he delivered the Boisi Center’s 13th annual Prophetic Voices lecture. The lecture series honors people who have drawn upon the prophetic traditions of their faith communities to challenge the consciences of all who hear them. Moore, head of the Southern Baptist Convention’s Ethics and Religious Liberty Commission, is one of the country’s most visible and prominent evangelical leaders. His impeccably delivered Prophetic Voices lecture intrigued audience members of all faith traditions and inspired a robust question and answer session with supporters and critics alike.

Moore began his lecture with a personal narrative, recalling his time as a Cub Scout seeking the God and Country badge. While working toward the badge, he asked the pastor at a local church whether Christians could be possessed by demons; the pastor replied that not all of the Bible should be taken literally. For Moore, this was his conversion moment, the instant he experienced a pull to a Bible-based Christian life. Southern Baptist congregants, Moore explained, are a narrative-driven people; they experience God through personal connections, mo- ments of conversion to their faith. Moore realized as a child that earning the God and Country badge was parallel to being a “good citizen” in the American context, devoid of specific Christian convictions. It was a way to preserve Bible Belt Christianity, making it broad enough to allow political pluralism to coexist with Christian morality.

Against the backdrop of secular society, Moore feels that now, more than ever, the individuals who attend church are those who truly believe in its message. Gone are the days where Church membership was a ticket to social acceptance and economic prosperity in America. Nominal, cultural, God-and-Country-badge Christianity is too shallow, he argued; it is part and parcel of the secular culture that presently dominates our society. Today’s culture war will not be fought by the majority, but rather by a minority of true believers. The shift from a majoritarian self-identity, which was key in the old culture wars, to a minority identity will ultimately benefit the SBC by strengthening the prophetic voice of the community and re-centering it on Gospel truths.

Moore analogized the new culture war to the difference between Merle Haggard and Bob Dylan: both have complex lyrics, but where Dylan speaks for today’s liberal mainstream, Haggard’s is a conservative counter-cultural voice: “We don’t smoke marijuana in Muskogee/ We don’t take no trips on LSD/ We don’t burn no draft cards down on Main Street.” The prophetic minority must be like Haggard in a culture increasingly consumed by Dylan’s ideals, Moore said.

The minority must be engaged in the political arena, yet with the understanding that they are first citizens of the kingdom of God, and second, citizens of the earthly kingdom. As Moore closed his speech, “We’re for God and country, yes, but Jesus taught us to seek first the kingdom and His righteousness. We may not be a moral majority, but Jesus told us not to expect to be a moral majority. Broad is the path to destruction; narrow is the way He has called us to.”

Benjamin Soskis, The Battle Hymn of the Republic: A Biography of the Song That Marches On (New York: Oxford University Press, 2013).

Russell Moore has made headlines of late for backing the Southern Baptist Convention out of the culture war.