Tom Roberts will moderate a discussion among the chief editors of prominent Catholic magazines regarding the opportunities and challenges covering the Catholic Church in the 21st century.

Paul Baumann is editor of Commonweal magazine, the independent biweekly journal of opinion edited by lay Catholics. Commonweal, established in 1924, describes itself as a "review of Public Affairs, Religion, Literature, and the Arts." It is located in New York City. Baumann, a former newspaper editorial writer, came to Commonweal in 1990, and was named editor in 2003. His writing has also appeared in The New York Times, Washington Post, Washington Monthly, Chicago Tribune, Columbia Journalism Review, and other newspapers and magazines. He is the co-editor, along with Patrick Jordan, of Commonweal Confronts the Century: Liberal Convictions, Catholic Tradition (Touchstone). Baumann has a B.A. from Wesleyan University and a Master of the Arts of Religion (M.A.R.) from Yale University. 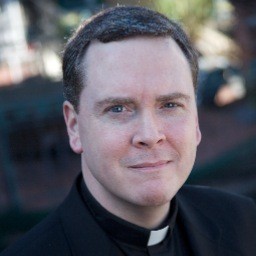 Matt Malone, S.J. is the 14th and youngest editor in chief in America's history. Fr. Malone began his tenure as editor in chief on October 1, 2012. He served for two years as an associate editor from 2007-2009, when he covered foreign policy and domestic politics. He was the recipient of the 2006 first place Catholic Press Association award for essay writing. Earlier in his career, Fr. Malone served as deputy director of MassINC, an independent political think tank, and co-publisher of CommonWealth, an award-winning review of politics, ideas and civic life. His work has appeared in numerous national and international publications. Fr. Malone received his undergraduate degree from the University of Massachusetts Amherst. He holds a M.A. from Fordham University, a Bachelor of Divinity from Heythrop College and the University of London and a Baccalaureate in Sacred Theology from the Catholic University of Louvain.

Meinrad Scherer-Emunds has been a member of the Claretian Publications team since 1992. He was appointed editorial director of Claretian Publications and executive editor of U.S. Catholic in 2003. Prior to that, Scherer-Emunds was managing editor of U.S. Catholic and its sister publication, the social-justice magazine Salt of the Earth. His areas of expertise include Catholic social teaching, theology, and family spirituality. Scherer-Emunds received his Masters of Divinity from the University of Bonn's Catholic School of Theology.

In his New York Times article, Clyde Haberman accounts his lunch with Matthew Malone, S.J., chief editor of America Magazine. Malone discusses Jesuit spirituality and the implications of having a Jesuit Pope, as well as his personal faith journey.

Kathleen Sullivan of the BC Chronicle summarizes the February 20th panel, "The Future of Catholic Periodicals: Faith, Finances, and the Digital Age." While the panelists aknowledged the difficulties of changing demographics, technology, and methods of funding, they maintained that Catholic periodicals play a critical role in both Catholic discourse and in the portrayal of Catholic beliefs and practices in the secular media.