Utopia on the Small Screen

Utopia on the Small Screen: How Political-Theological Thought Translates into Digital Community Organizing 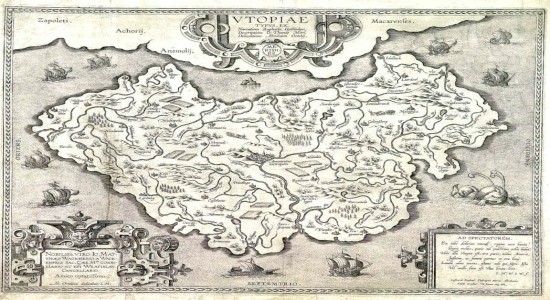 In the digital age, yesterday’s grand utopias have morphed into small-scale utopias as technological entrepreneurs pick up alternative visions of society and scale them down into apps and digital services. “Utopia on the small screen” is already happening as we use our phones to monitor our healthy lifestyle, transform our houses into smart homes, and connect with others to occupy Wall Street.  Henkel's research focuses on how political theologians – with years of community organizing and the struggle against the concrete realities of communal politics behind them – could speak meaningfully about these developments. Its starting point will be to show where we already engage in small-scale utopian thinking through the usage of digital tools and how political theology with its emphasis on the “already and not yet” can contribute new ideas to engage more deeply with our surroundings, the way we treat our bodies, the place where we live, and the connections we make. He will end his investigations by proposing a series of small-scale interventions, named “the Faithlab”, that seek to revitalize political theological thinking in an inner-city community.

Christian Henkel is a Visiting Scholar at the Boisi Center and a Researcher and Executive Director at the Institute for Ecumenical and Interreligious Research at Tuebingen University in Germany. His interests focus on political theology and its connections with questions of migration, digitization, and faith-based community organizing. Recent publications include, “Turn over the table? Practices of faith-based lobbying for undocumented migrants" In Menschenrechte in der Katholischen Kirche. Ed. by Marianne Heimbach-Steins. and "On Charismatic Influencers and Christian Filter-Bubbles" In forum erwachsenenbildung 51.2, pp. 31–35. Henkel received his Ph.D. from the University of Muenster (Germany). 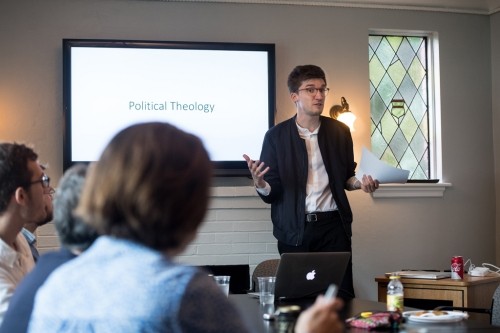 Christian Henkel, visiting scholar from Tübingen University, speaks about utopias in the digital age and the way political theology can grant insights into our surroundings. 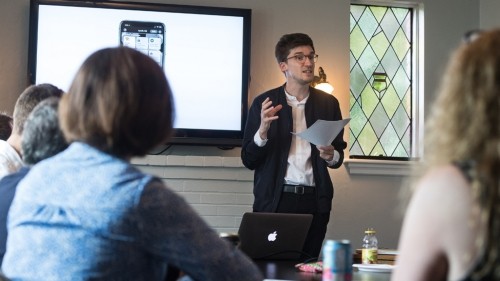 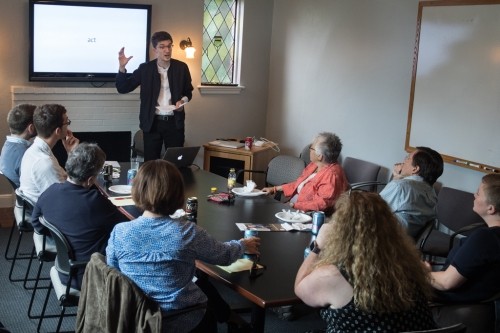 Talk of “utopia” often prompts a knowing wink and nod from seasoned consumers of culture: utopia, in life or fiction, is always either a convenient cover for, or a direct precursor to, dystopia. However, Christian Henkel, a fall visiting scholar at the Boisi Center and director of the Institute for Ecumenical and Interreligious Research at the University of Tübingen in Germany, takes a slightly different view. For Henkel, utopian thinking is already all around us. It is embedded in the digital devices and social media that govern our lives. Henkel calls this “Utopia on the Small Screen,” and in his September 20th, 2018 lunch colloquium at the Boisi Center, he argued that perhaps utopia needs to be reconsidered. A reimagined understanding of utopia is one way, Henkel suggested, to reframe political theology and social justice.

Henkel prefaced that utopias are likely to be irrelevant or even dangerous if not reimagined: irrelevant, like Thomas More’s fictional utopia on a distant, make-believe island, as they have no way of actually existing; dangerous, as they can foster autocratic ideas. Utopias can be easily dominated by singular figures and harmful ideologies. As an example, Henkel referenced the many failed utopian communities that dot America’s past. Henkel’s main argument, however, was that the utopian ideals that many of these American communities strived towards, particularly ideals of everyday living, have already been increasingly accomplished, almost without notice, by technology. Citing Saul Alinsky, Ruth Cohen, and Cornel West, Henkel pushed instead for a new, integrative, and interpersonal use of our digital resources. In Henkel’s view, if put to good use, digitization can aid in community organizing, help with religious education, and foster real human relationships. Heeding the warnings of failed utopias and the real limits, problems, and dangers of technology, we can reimagine these digital utopias in ways that better our use of them. A workable utopia cannot forget about the world’s injustices, and cannot be blind to its own shortcomings. In the end, Henkel’s argument relied on a “digital” version of Christian hope: utopia is possible, but only if we go about it in a responsible, ethical, and just way.

Fry, Hannah. Hello World, How to be Human in the Age of the Machine. New York: Doubleday, 2018.

“The Nightmare Videos of Childrens YouTube and What is Wrong with the Internet Today”, a TED talk on algorithms, the Internet, and culture by writer and artist James Bridle.

A 2016 article in the Washington Post reflects on the way we use technology and the need to step back and maintain perspective on its role in our lives. Sparked by several movements encouraging individuals to take “digital Sabbaths,” the article offers reasons why we ought to monitor technology use, as well as practical ways to take time to “reset”.