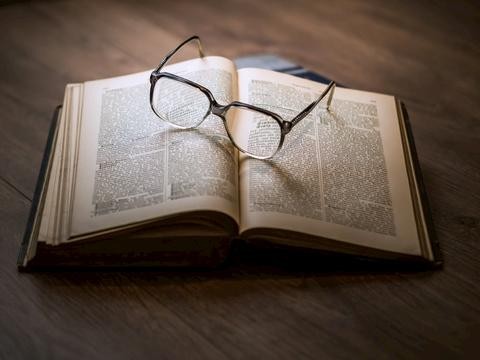 Both our politics and the wider American culture are increasingly polarized. Public discourse is often vitriolic, and rhetoric divisive. In such a context, nonetheless, there can still be found the few, but impressive writers who distinguish themselves with their thoughtful commentary on controversial and important topics. This Boisi Center panel brings together several such writers whose area of focus is a topic central to culture and individuals’ worldviews: religion. These writers will discuss their insights regarding contemporary discourse on religion, including the challenges that exist for those who desire to engage in thoughtful reflection on provocative topics; as well as present their approaches to these challenges. 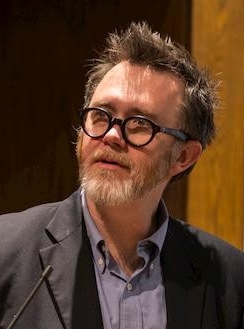 Rod Dreher is a writer, editor and blogger, who currently writes a regular blog for The American Conservative. He is the author of two books: The Little Way of Ruthie Leming (2010), about his childhood home of St. Francisville, LA, and his sister’s battle with cancer; and Crunchy Cons (2006), about a growing "conservative counterculture" movement that stands outside the GOP mainstream. Previously Dreher worked as the director of publications for the John Templeton Foundation, and as a columnist and editorial writer for Dallas Morning News from 2003 to 2010. His writings have appeared in such publications as the National Review, Weekly Standard, and Wall Street Journal, and he has contributed commentaries to NPR’s All Things Considered as well as several television networks. Dreher is currently working on a book project about the "Benedict option," the idea that orthodox Christians should respond to the increasingly secular world by retreating from mainstream society into small religious communities. He holds a B.A. in Journalism from Louisiana State University. 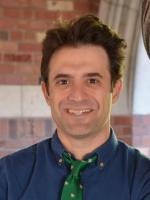 Mark Oppenheimer is the 2014-2015 Corcoran Visiting Chair in Christian-Jewish Relations at Boston College. Oppenheimer is a journalist known for writing the biweekly “Beliefs” column for the New York Times, and he has also written about religion for the New York Times Magazine, the Nation, and Christian Century. His books include Knocking on Heaven’s Door: American Religion in the Age of Counterculture (2003) and Thirteen and a Day: The Bar and Bat Mitzvah across America (2005). In addition to his writing, Oppenheimer teaches in the English department at Yale University and at Yale Divinity School, and he has also held appointments at Wesleyan University, New York University, and Wellesley College. While at Boston College, he will complete his research on Judeo-Christian interpretations of family law, specifically with regard to marriage and divorce. He received his B.A. and his Ph.D in Religious Studies from Yale University. 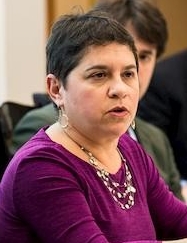 Sarah Posner is an investigative journalist, author, and expert on the intersection of religion and politics. She is a regular contributor on religion to Al Jazeera America and Religion Dispatches. Her work has also appeared in the Atlantic, Politico, Washington Post, Mother Jones, American Prospect, Nation, Salon, and many other publications. She is the author of God's Profits: Faith, Fraud, and the Republican Crusade for Values Voters (2008), which investigated the unholy alliance between politicians and televangelists. The regular host of a weekly program at Bloggingheads.tv, Sarah also has appeared on MSNBC, CNN, Current, NPR, PRI and other radio outlets. 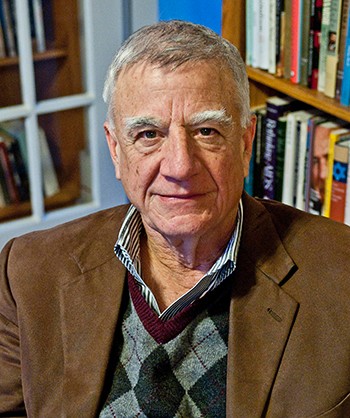 Alan Wolfe is the founding director of the Boisi Center and professor of political science at Boston College. He is the author and editor of more than twenty books, including, most recently, At Home in Exile: Why Diaspora Is Good for the Jews (2014), Political Evil: What It Is and How to Combat It (2011), The Future of Liberalism (2009), Does American Democracy Still Work? (2006), Return to Greatness (2005), The Transformation of American Religion: How We actually Practice our Faith (2003), Moral Freedom (2001) and One Nation After All (1999). Widely considered one of the nation's most prominent public intellectuals, he is a frequent contributor to the New York Times, Washington Post, and Atlantic, and has delivered lectures across the United States and Europe. 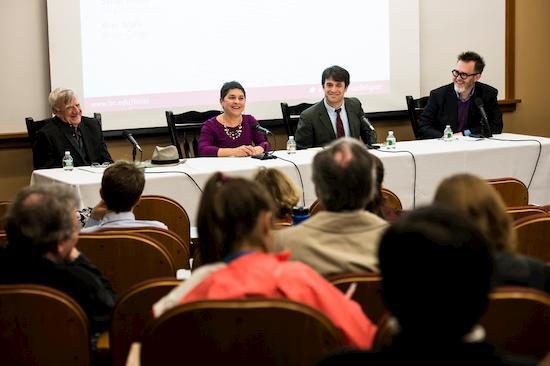 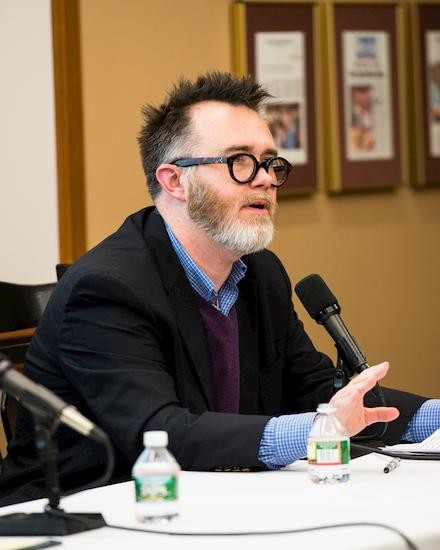 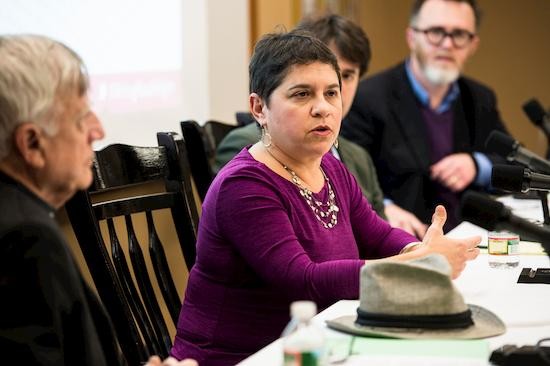 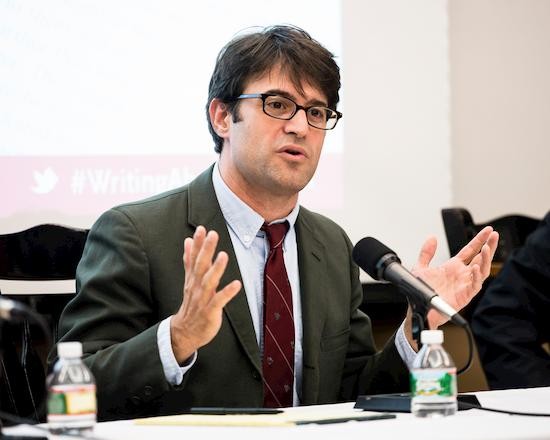 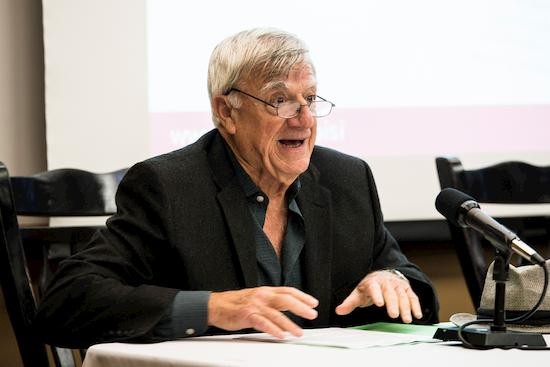 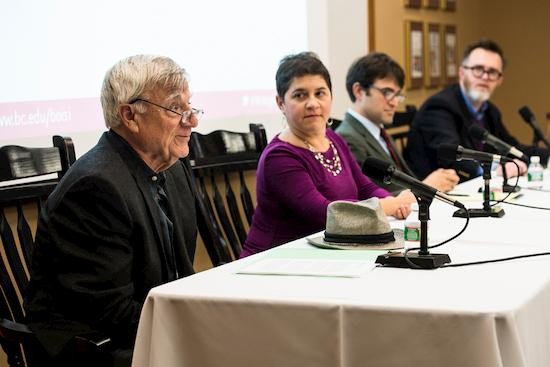 On an unusually dark and stormy October night, a dedicated crowd took shelter from the storm in Devlin 101 to hear three distinguished journalists discuss the challenge of writing about religion in today’s polarized political climate. Moderated by Boisi Center director Alan Wolfe, the panel brought together Rod Dreher of The American Conservative, Mark Oppenheimer of the New York Times and Sarah Posner of Religion Dispatches.

In his introductory remarks, Wolfe noted how the field of religion writing has become a more serious journalistic enterprise over the past twenty-five years, pointing to the relative youth of his panelists as evidence of the subject’s continued relevance. Dreher then launched the discussion by citing homosexuality as the most polarizing issue in modern religion writing, arguing that the failure to communicate the orthodox view on sexuality demonstrates a wide gap in understanding. Dreher generalized that religious liberals tend to treat religion as something man says about God, while religious conservatives see religion as what God says to man. He also worried that modern religion has turned into what Christian Smith calls “moralistic therapeutic deism,” a feel-good spirituality with little prophetic power.

Oppenheimer’s remarks focused more on the writing component and the responsibilities of a religion journalist. He argued that the main problem with reporting on religion is that it is too “soft,” and likened his role to that of a sports writer who holds enormous respect for his subject but is unafraid to tackle the steroid abuse stories as well.

Posner focused on the question of religious exemptions, citing the recent Hobby Lobby case as one example. For Posner, such questions reflect the ambiguous intersection of religion and politics, and pose a real challenge for reporters, who must at once take such religious claims seriously and respect the nonbelievers who are affected by exemption policies.

Following these remarks, the panelists engaged in a lively back-and-forth discussion. Wolfe raised the provocative question as to why American journalists pay so little attention to theology. All the panelists agreed that theology was rarely written about, but Oppenheimer disputed the consensus that it needed more media coverage, arguing that most readers do not care about theology and that increased theological understanding would not necessarily lead to greater political harmony.

The panel was also met with a series of questions from the audience, including a religion reporter from California who sent in a question via Twitter. Ranging from practical questions about how religion reporters should deal with church communications staffers, to broader themes of inter-religious understanding, the audience’s questions stimulated a wide-ranging discussion.

As the event drew to a close, Wolfe asked the panelists one final question: what do they consider the single most underreported aspect about religion in the United States? Posner maintained that the answer was Islam, since few Americans understand its theological roots or the way that American Muslims live their faith. Oppenheimer took a different tack, arguing that what is most needed is hard-hitting, indigenous reporting from within religious traditions. Finally, Dreher drew the audience’s attention to two neglected narratives: the growing religious divide between “the West and the rest,” and the falling away of working class voices from religion in the United States.

Rod Dreher, The Little Way of Ruthie Leming: A Southern Girl, a Small Town, and the Secret of a Good Life (Grand Central Publishing, 2013).

Alan Wolfe, One Nation, After All: What Americans Really Think About God, Country, Family, Racism, Welfare, Immigration, Homosexuality, Work, The Right, The Left and Each Other (Penguin Books, 1999).

Alan Wolfe, The Transformation of American Religion: How We Actually Live Our Faith (University of Chicago Press, 2005).

Jeff Sharlet, "Inside America's Most Powerful Megachurch," Harpers (May 2005).