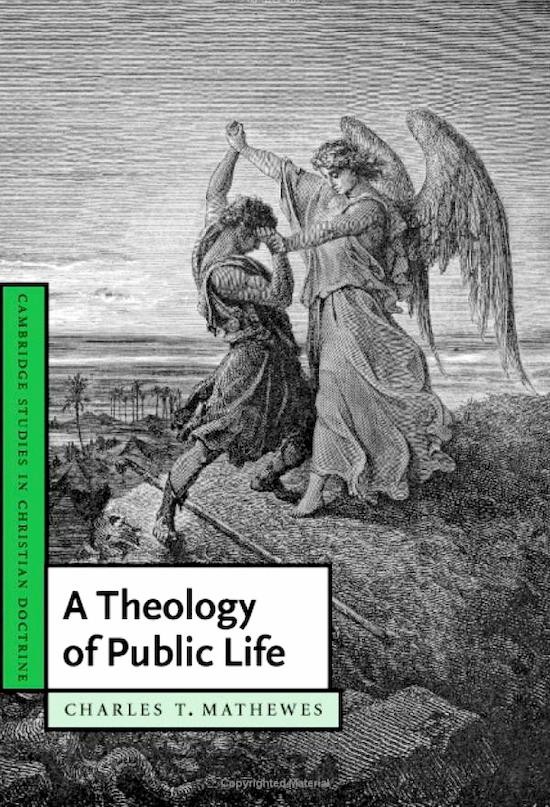 What has Washington to do with Jerusalem? This ground-breaking book defends and details Christian believers' engagement in contemporary pluralistic public life, not from the perspective of some neutral "public," but from the particular perspective of Christian Faith. It argues that such engagement enriches both public life and Christian citizens' faith itself. As such it offers not a "public theology," but a "theology of public life," analyzing the promise and perils of Christian public engagement, and discussing the nature of civic commitment and prophetic critique, and the relation of a loving faith to a liberal politics of justice. 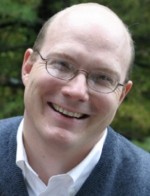 Charles T. Mathewes is Associate Professor of Religious Ethics and the History of Christian Thought at the University of Virginia. His research interests include Plato, Patristics (Augustine), Medievals (Anselm, Bernard, Bonaventure, and Aquinas), Protestant Reformers (Luther and Calvin), Pascal, Edwards, Schleiermacher, Barth, the Niebuhrs, and Anglican theology; Modern philosophy (Continental and Analytic); moral and political theory, moral psychology and rationality; interreligious dialogue; Trinity, Christology, the idea of "tradition," tragedy, evil, and sin. Besides A Theology of Public Life (Cambridge, 2007), he has authored several books, including Evil and the Augustinian Tradition (Cambridge, 2006). Mathewes holds a Ph.D. from the University of Chicago. 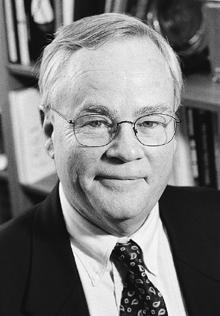 David Hollenbach, S.J. is Director of the Center for Human Rights and International Justice and holds the Human Rights and International Justice University Chair at Boston College, where he teaches theological ethics and Christian social ethics. His research interests are in the foundations of Christian social ethics, particularly in the areas of human rights, the role of the religion in social and political life, and the rights of refugees and other displaced persons. His most recent book is The Global Face of Public Faith: Politics, Human Rights, and Christian Ethics (Georgetown University Press, 2003). His edited volume Advocating Refugee Rights will be published in the near future. He has often been visiting professor at Hekima College in Nairobi, Kenya. He assisted the National Conference of Catholic Bishops in drafting their 1986 pastoral letter Economic Justice for All: Catholic Social Teaching and the U.S. Economy. In 1998 he received the John Courtney Murray Award for distinguished achievement in theology from the Catholic Theological Society of America. He holds a Ph.D. in Religious Ethics from Yale University. 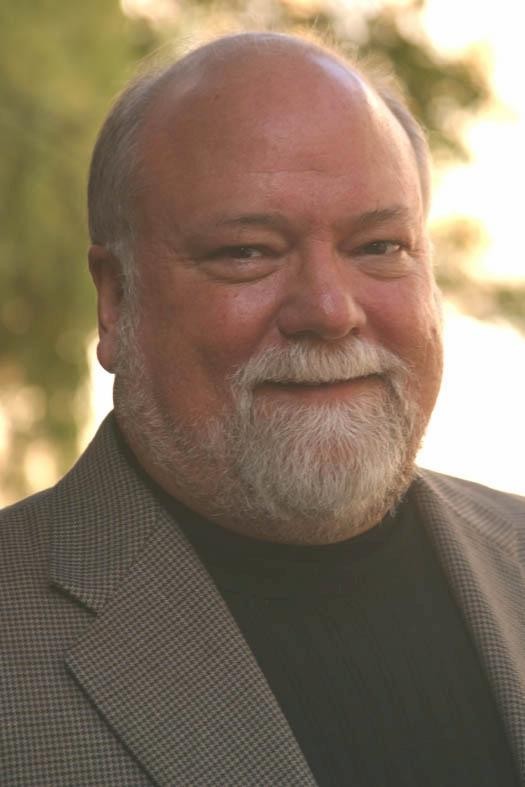 Ronald F. Thiemann is Bussey Professor at Harvard Divinity School. He is a Faculty Associate of the Weatherhead Center for International Affairs in the Faculty of Arts and Sciences, and he is a Faculty Fellow at the John F. Kennedy School's Hauser Center for Nonprofit Organizations, where he serves on the steering committee of the center's Joint Program in Religion and Public Life. He is also a Faculty Affiliate at the Kennedy School's Harvard Center for Public Leadership. An ordained Lutheran and a specialist on the role of religion in public life, Thiemann is the author of Revelation and Theology: The Gospel as Narrated Promise (Wipf & Stock, 2005), Religion in Public Life: A Dilemma for Democracy (Georgetown, 1996), and Constructing a Public Theology: The Church in a Pluralistic Culture (Westminster John Knox, 1991). He is currently working on a book entitled Prisoners of Conscience: Public Intellectuals in a Time of Crisis. Before coming to Harvard, Thiemann taught at Haverford College. He holds a Ph.D. from Yale University. 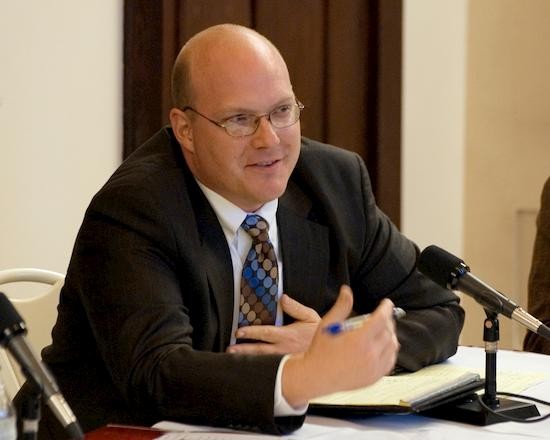 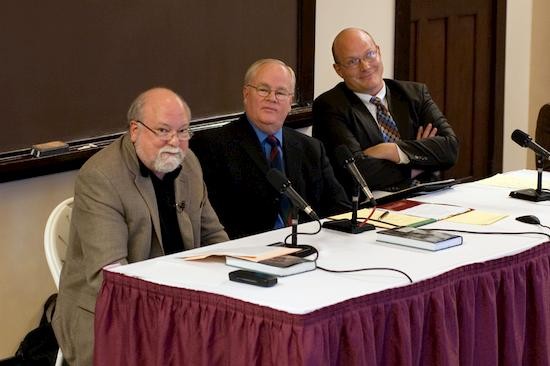 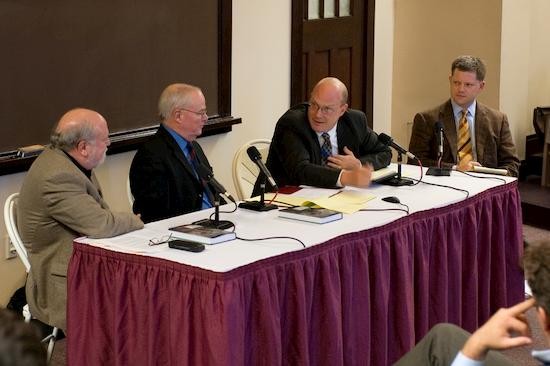 On October 11, the Boisi Center hosted an “Author Meets Critics” panel discussion about a provocative and important new book by Charles Mathewes, entitled A Theology of Public Life (Cambridge, 2007). Mathewes, a professor of religious ethics and the history of Christian thought at the University of Virginia, was joined by two of the most eminent practitioners of “public theology” today: David Hollenbach, S.J., the University Professor of Human Rights and International Justice at Boston College, and Ronald Thiemann, Bussey Professor of Divinity at Harvard Divinity School. Erik Owens, assistant director of the Boisi Center, moderated the lively discussion.

Mathewes began with an overview of his book, which, he noted, asks not “What does God have to do with politics?” but rather “What does politics have to do with God?”  This distinction hints at the important difference he sees between a “public theology” (which becomes self-destructively accommodationist when it focuses too much on its non-Christian audience) and a “theology of public life” that is more completely rooted in Christian theology. Indeed, Mathewes’ book articulates a “theology of engagement” in public life based upon “a distinctively Augustinian account of God and God’s relation to the world.” An Augustinian theology of public life condemns the many forms of escapism—from God, neighbor and nature/creation—that are widespread in modern culture, and highlights the grace that properly orients people toward their neighbors and toward God.

In this sense, Mathewes argued, Christians should understand citizenship as a type of liturgy, the collective act of a community. The theological virtues of faith, hope and love can help Christians  participate in public life in ways that are both distinctively Christian and fruitfully civic.

In his response, David Hollenbach praised Mathewes’ understanding of public life “as a mediation of divine grace” by which citizens can encounter God through their neighbors in the public sphere. And he commended Mathewes for his awareness that an overvaluing of public life can become a form of totalitarianism in which the political takes over the whole of life. Hollenbach’s chief critique focused on what he saw as Mathewes’ conflation of the natural (i.e., the political) and the supernatural (the religious) due to an erroneous reading of Thomas Aquinas, who in fact differentiated the realms without separating them.

For his part, Ronald Thiemann commended Mathewes for meditations on the political and public aspects of faith, hope and love that are “rarely articulated with such beauty and power.” But he challenged the distinction between “public theology” and a “theology of public life” that gives the book its title, arguing that they appear to do much the same work. To the extent that the approaches differ, Thiemann argued that public theology takes a more sympathetic and nuanced view of its audience; people can move between belief and unbelief, or religious and secular approaches, and Mathewes’ exclusively Christian arguments fails to address this movement.

---. Constructing a Public Theology: The Church in a Pluralistic Culture. Westminster John Knox: 1991.

Oliver O'Donovan. The Desire of the Nations: Rediscovering the Roots of Political Theology. Cambridge: 1999.

Robert Dodaro. Christ and the Just Society in the Thought of St. Augustine. Cambridge: 2005.