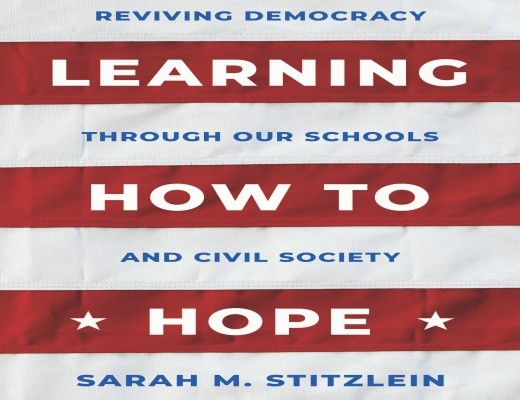 Co-sponsored with the Lynch School of Education and Human Development.

American citizens are struggling to hope, leading many to be cynical, check out of democracy, and support authoritarianism. Hope is especially difficult to maintain in politically contentious times. Sometimes we get swept up in it during campaign seasons, only to be let down once the ballot box closes. This talk explains what hope is, why it matters to democracy, and how we can teach it to our citizens. It offers ways to engage in hope that will help to revive democracy during and after the 2020 election.

Sarah Stitzlein is a professor of education and affiliate professor of philosophy at the University of Cincinnati.  She is also president of the John Dewey Society, co-editor of the journal, Democracy & Education, and co-director of the Center for Hope & Justice Education. As a philosopher of education, Stitzlein explores and clarifies key concepts within and purposes of education from the perspective of social and political philosophy.  Additionally, she works to uncover problems in education and envisions better alternatives.  Stitzlein is especially interested in issues of political agency, educating for democracy, and equity in schools.

Stitzlein is the author of several books including her most recent, Learning How to Hope: Reviving Democracy through Schools and Civil Society (Oxford University Press, 2019).

Stitzlein has received the University of New Hampshire Outstanding Professor award and the University of Cincinnati Distinguished Teaching and Golden Apple awards. She also is the recipient of the American Association of University Women Postdoctoral Research Fellowship and the National Endowment for the Humanities Teaching Development Fellowship.

Christopher Higgins is a philosopher of education who has just joined the faculty of the Lynch School to advance its initiative in formative education. His scholarly work explores the ethical and existential dimensions of teaching, the dynamics of the teacher–student relationship, the ideals of aesthetic and humanistic education, and the fate of liberal learning in the corporate multiversity. His book, The Good Life of Teaching: An Ethics of Professional Practice (Wiley-Blackwell, 2011) offers one of the first systematic extensions of virtue ethics to questions concerning work and professional identity. His current book project on the aims of higher education features four long essays: Learning Publics, Humane Callings, The Virtues of Integrity, and The Humanist Moment. 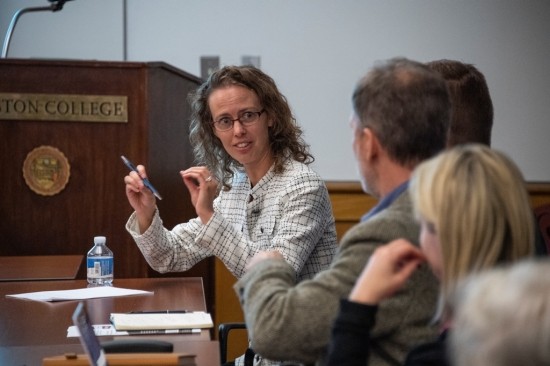 Sarah Stitzlein gives a lecture on how hope is essential in shaping our democracy, citizenry, and how it will affect the upcoming 2020 election. 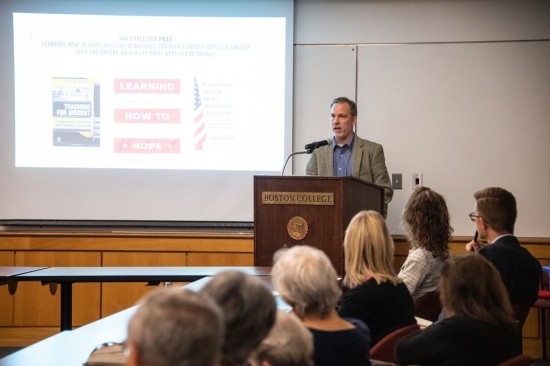 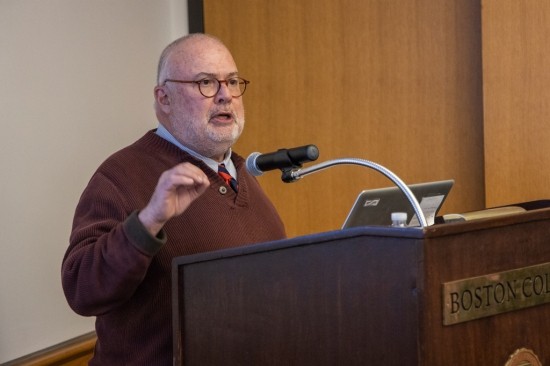 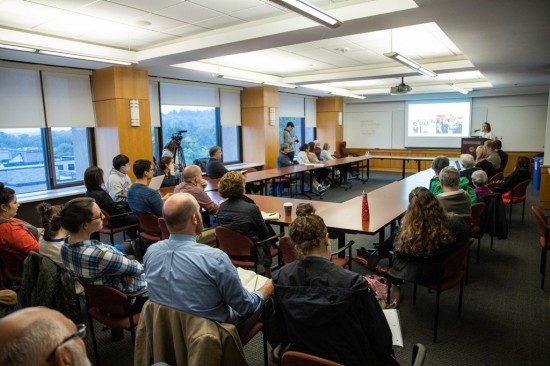 On the evening of October 9, Professor Sarah Stitzlein of the University of Cincinnati sparked an exciting discussion with her presentation on fostering hope, and how that might affect the 2020 election. Stitzlein began with her diagnosis—a look at America’s attitude today toward our political future. She characterized this attitude as cynical. Largely, Americans want to retreat from the political sphere, to throw their hands up in denunciation of the government, and to insist there is nothing we can do. Stitzlein argued, instead, that Americans need to foster, and act in, hope.

Stitzlein’s is not a traditional definition of hope. For many, hope is an individual desire toward a particular goal. This intensified individualization of hope is problematic, she said, though it is the natural result of our hyper-individualistic, competitive discourse in the frame-work of the “American Dream. ”Instead, Stitzlein urged the audience to re-evaluate their definition of hope and to adopt a “pragmatic hope” framework, drawing from the work of John Dewey. Hope, she argued, must be seen as collective and active. It is not a thing to hold, but a process of having. This reconceptualization of hope requires a few steps. The first step is inquiry: in times of despair, the situation is best understood empirically. Next, Stitzlein detailed growth: this comes as a result of what was learned empirically, though this growth is not toward an end, but is worthwhile in and of itself. The third step is meliorism: an essential char- acteristic of Stitzlein’s entire outlook, meliorism is a call for thoughtful action, not blind optimism. In meliorism is the belief that there is a way rational-empirical understandings can help society. Stitzlein’s final step is the development of habits. According to her, hope is a set of habits—“a predisposition to act.”

Stemming from this active, dynamic definition of hope, Stitzlein suggested ways to practice hope and explained the benefit of viewing hope as a collaborative, social mission, grounded in mutual trust. One essential practice, Stitzlein argued, is to conceive of political dissent as hope—proactively using dissent to raise consciousness and propose solutions.

Stitzlein shared with the audience her own experience teaching “hope as habits” in her course, “Save Our Schools!,” at the University of Cincinnati. In the course, students foster a spirit of criticality and the ability to imagine creative solutions to problems in Cincinnati’s public schools. In this process, research and effective listening are emphasized as essential to the practice of hope and the generation of solutions.

Stitzlein ended with a call to action: young people have the motivation and the leadership to practice hope as well as to foster a melioric attitude surrounding our current political climate and the upcoming election.

Stitzlein’s lecture launched an exciting discussion, beginning with a keenly insightful response by Professor Christopher Higgins that questioned whether asking schools to teach hope was putting too much responsibility onto an already over-worked and over-burdened system. Others asked whether there were limits to what groups can hope for, particularly with regard to matters that violate others’ moral convictions, and toward what image of democracy Stitzlein’s teaching of hope was working.