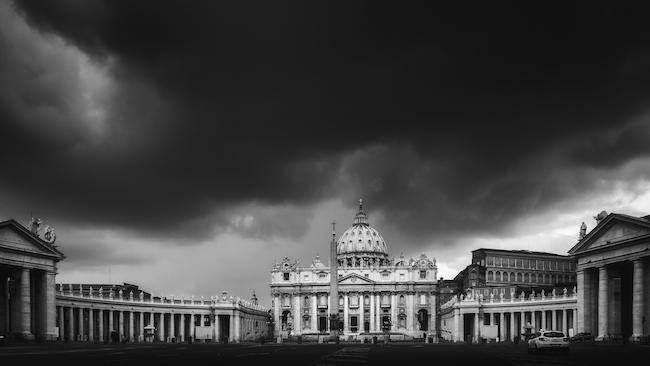 Nearly 20 years after the publication of The Boston Globe's groundbreaking Spotlight report on the clergy sex abuse cover up, the Catholic Church continues to pay out large settlements, survivors continue to struggle toward healing, and claims of abuse, clericalism, and sexism continue to be leveled at the church. With sins so heinous and numerous, can Christians heed the command of Jesus to forgive the church not just seven times, but "seventy times seven"? If forgiveness is possible, what are its criteria? If it is not, what are the barriers? Join Fr. James Bretzke, S.J. (John Carroll University), James Carroll (author and former priest), Jeannine Hill Fletcher (Fordham University), and Laurel Marshall Potter (Boston College) for an insightful, if difficult, discussion of institutional challenges, proposed changes, and the possibility--or not--of forgiving the Catholic Church. 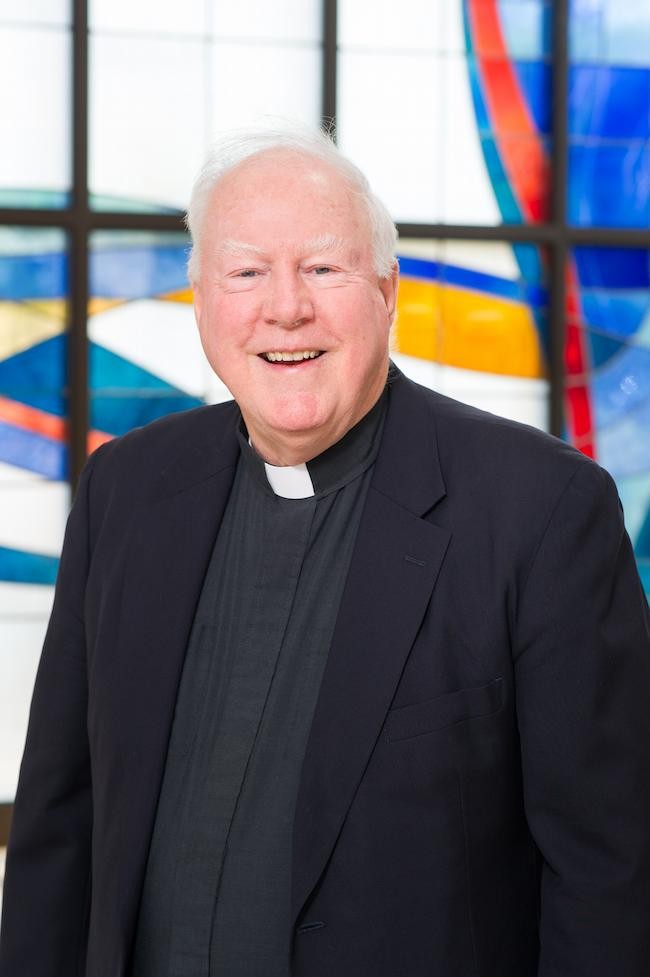 Rev. James T. Bretzke, S.J., is professor of theology at the Jesuit John Carroll University in suburbanCleveland, Ohio. Prior to coming to John Carroll in 2019 he taught for a decade each in the two graduate theology centers run by the Society of Jesus in the United States, the Jesuit School of Theology-at-Berkeley and the School of Theology & Ministry at Boston College. He also has served as Theology & Religious Studies Chair at the University of San Francisco and has taught at several other Jesuit schoolsaround the world, including the Pontifical Gregorian University in Rome where he did his doctorate doneunder Jacques Dupuis, S.J. He is also a frequent “go-to” person for the media on a range of topics relatedto the Church in the United States and the world.He is the author of over 90 scholarly articles and reviews, and 9 books, including A Morally ComplexWorld: Engaging Contemporary Moral Theology (Liturgical Press, 2004), Consecrated Phrases: A LatinTheological Dictionary (Liturgical Press, 3rd
ed. 2013) and A Handbook of Moral Terms (Georgetown U.Press, 2013). He is currently working on a book dealing with a new moral methodology called the MoralTriangle to analyze contested contemporary ethical issues. 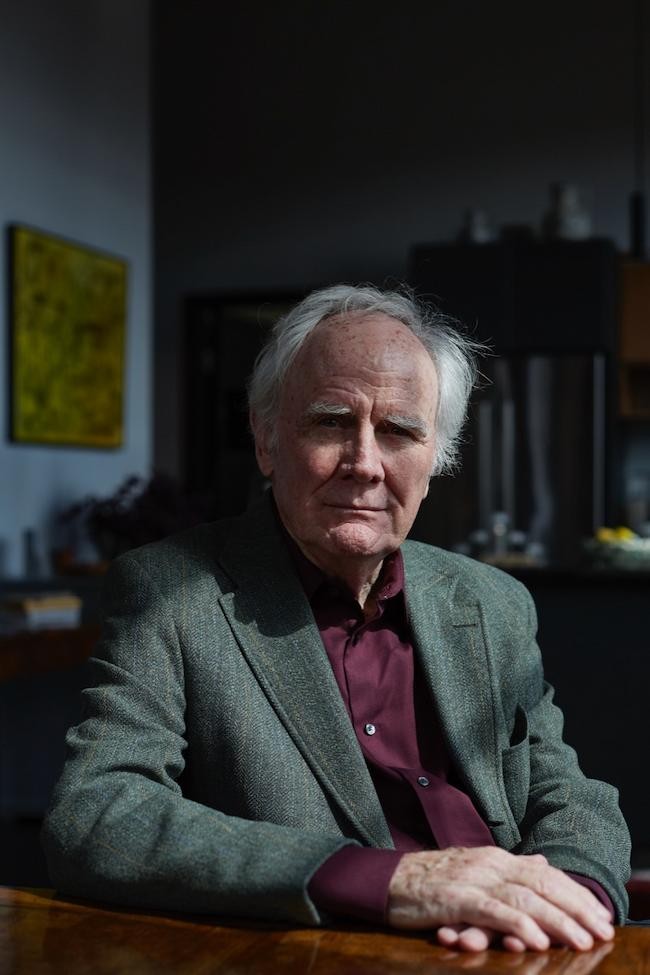 James Carroll is the author of twelve novels, and eight works of non-fiction, including most recently The Truth at the Heart of the Lie: How the Catholic Church Lost its Soul. For twenty-three years, he wrote an oped column for The Boston Globe, and his work has appeared in The New Yorker, The Atlantic, and other publications. A Fellow of the American Academy of Arts & Sciences, he has received the National Book Award, the PEN Galbraith Award, and the Scripps Howard Award. He lives in Boston with his wife, the writer Alexandra Marshall. 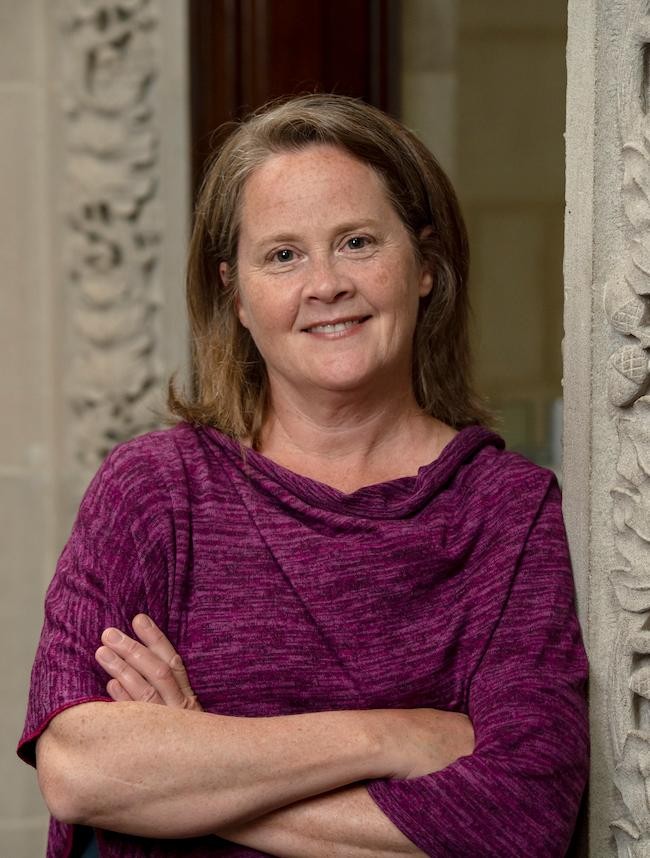 Jeannine Hill Fletcher is a constructive theologian whose research is at the intersection of Christian systematic theology and issues of diversity (including gender, race and religious diversity). She is the author of three books that examine the intersectional realities of religious diversity including her most recent, The Sin of White Supremacy: Christianity, Racism and Religious Diversity in America (Orbis, 2017). Other titles include Monopoly on Salvation? A Feminist Approach to Religious Pluralism and Motherhood as Metaphor: Engendering Interreligious Dialogue. She is a professor of theology at Fordham University, Bronx NY, and board member of the grassroots social justice organization, the Northwest Bronx Community and Clergy Coalition, an inter-generational, multi-racial, multi-religious group organizing to address social justice issues in New York City and beyond. 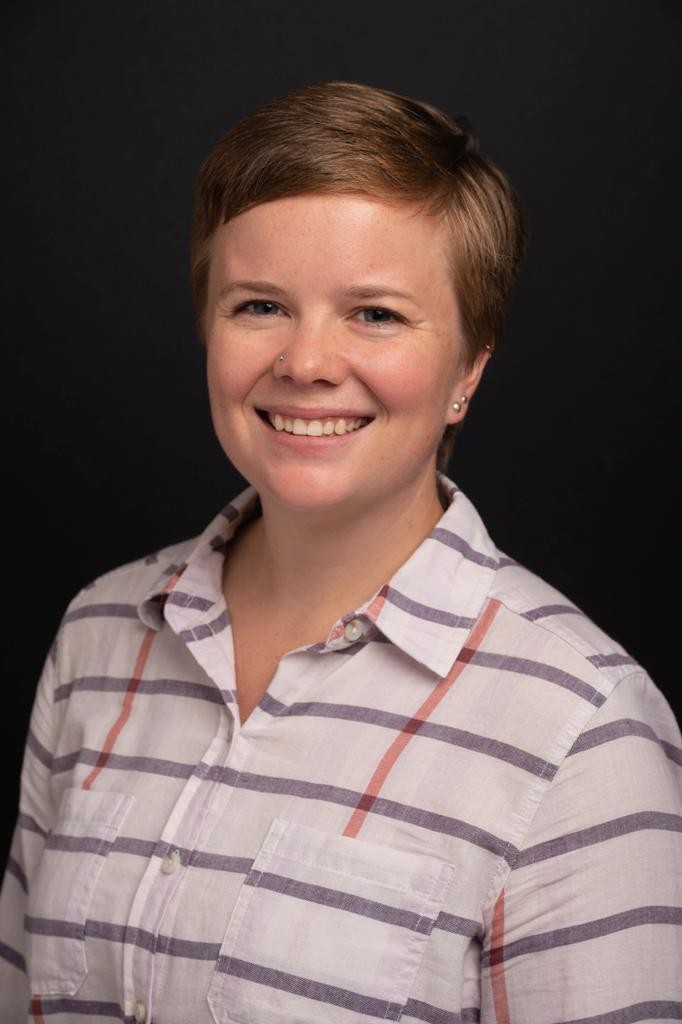 Laurel Marshall Potter is a Ph.D. candidate in Systematic and Comparative Theology at Boston College, with interests including decolonial thought and praxis, Latin American liberation theologies, and digital scholarship. Her most recent work can be found in the NACLA Report and in the collection Valuing Lives, Healing Earth from the European Society for Women in Theological Research. Laurel's dissertation will explore the Mesoamerican reception of Sacrosanctum Concilium and the eucharistic celebrations of ecclesial base communities in that region today.

In her recent column in the Globe, Joan Vennachi says that she's of the opinion that the Catholic Church, under its present leadership, will not be able to put the sex abuse scandal behind it. And although the former cardinal-archbishop of Washington, D.C., Theodore McCarrick was defrocked and is frequently gestured toward as the face of the new wave of accountability, she cites BishopAccountability.org codirector Anne Barrett Doyle, who points to the other 45 accused bishops who haven't been. For her, McCarrick "is an outlier." 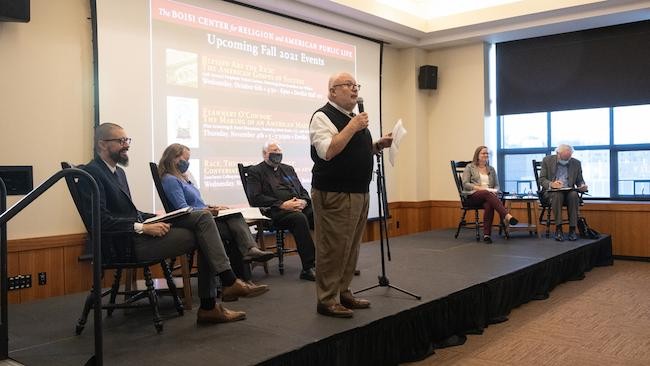 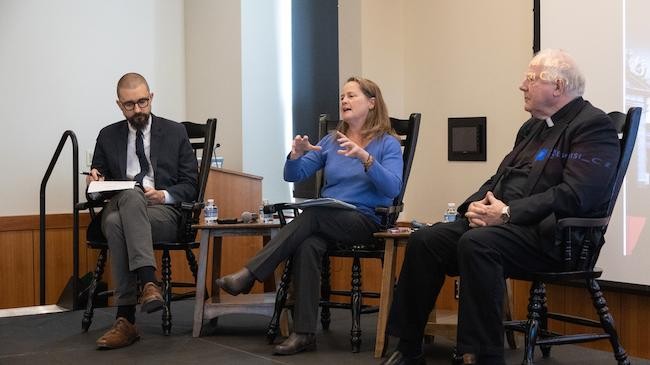 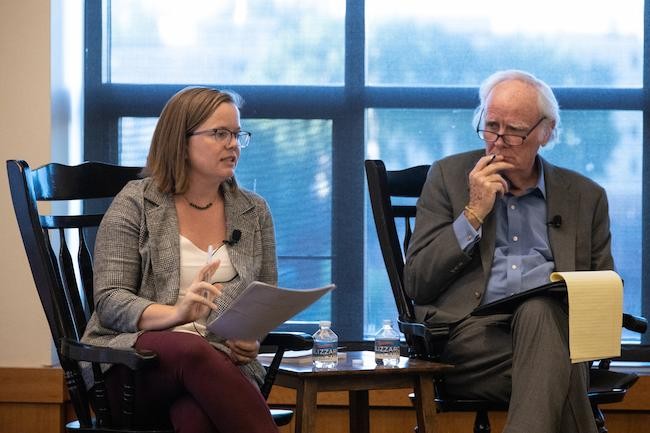 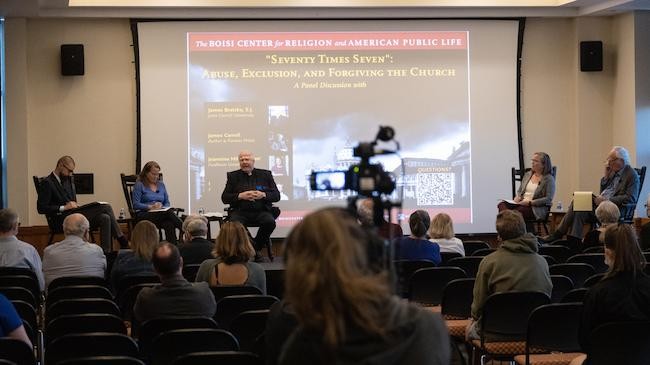 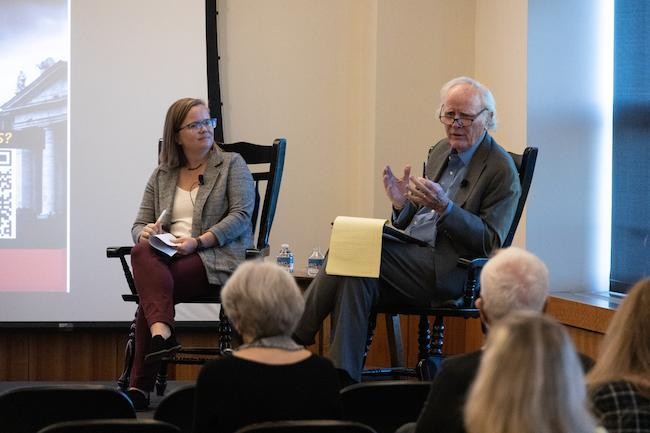 (L to R): Potter and Carroll

Karanovich began by explaining that in the development of the event, the Center had in mind the abuse of children and vulnerable persons, offending priests and the bishops’ protection of them, and whether and how institutional forgiveness for the Catholic Church is possible. Hill Fletcher emphasized the processual nature of forgiveness. Looking to the work of truth and reconciliation commissions, the writings of Dr. Maria Yellow Horse Brave Heart, and the recent report published by Gonzaga University on the Catholic sex abuse crisis, she noted that forgiveness is possible only by rooting out the negative ideological influences in Christianity.

Bretzke reflected on his teaching of seminarians to celebrate the sacrament of reconciliation. When role-playing confession, the person playing the priest would often go into a therapeutic mode, he said, and absolve the penitent from guilt. Bretzke would correct them—they are to absolve the penitent from sin, not guilt. But the therapeutic nature of the sacrament, he argued, has been dominant in recent years, enhanced by an individualized or transactional practice of the sacrament alongside the Church’s hesitation to accept social sin.

Marshall Potter started by reading the passage referenced in the panel’s title and noting that, in the context of Jesus’ ministry, forgiveness mandated repentance and accountability. She then turned to Pope Francis’ Fratelli Tutti, in which Francis argues the love of the oppressor means seeking ways to get them to stop oppressing, not to let them continue. Further, forgiveness, Marshall Potter argued, should not be confused with closure, which would impinge upon victims’ agency.

Carroll began by remembering the surprise he got when being invited onto this panel at Boston College about forgiveness. He thought it was premature as there has been no real institutional change, violating the need for “a firm purpose of amendment.” He pointed to the Second Vatican Council, Nostra Aetate, and We Remember as examples of institutional change with regard to the Church’s relationship with the Jews. These were acknowledgements of the Church’s complicity in the Holocaust. To change its position toward the Jewish people—ultimately embodied in the prohibition against evangelizing to the Jews—is, Carroll argued, the biggest ideological change in Church history. Now, the Church needs change with regard to the priesthood and the implicit caste system it imposes if we can ever hope for institutional forgiveness.

Karanovich then asked whether the Catholic Church is unique in this conversation because of its ecclesiology, referencing the role of the Church in mediating grace, and further asked whether Francis’s denunciation of clericalism does anything to help. Hill Fletcher wondered whether the Catholic Church is a structure of vice, the evil of which Catholics no longer see. She pointed to Lumen Gentium and its teaching that the people of God are of “various ranks” and that bishops “preside in the place of God” as deeply troubling assertions. Since these are largely ignored, she asked the panel whether the needed transformation is possible.

Bretzke referenced Cardinal Avery Dulles’s book Models of the Church. Bretzke thinks the current challenges for this conversation is that we are within Dulles’ “institutional” model, which Dulles saw as unsustainable. Bretzke thinks that Francis is shepherding us through the death of the institutional model and into a new paradigm: synodality. But, he reminded us, Francis is getting resistance.

Marshall Potter rephrased the question as whether we still have reason to hope for the Church to change and answered that, if we are to rely on human effort, it is unlikely. Instead, she said, it must be hope in God’s action. Referencing the Church’s creedal statement that we hope in the resurrection of the dead, she said that our change will only happen when God raises up the victims of history to confront us with our bad acts or our complicity in them. Further, she noted that synodality is the best path forward because the Church’s track record for powerfully pushing things through is not the best.

Carroll again responded to the other panelists, stating that there is an ecclesiological problem because we cannot accept the Church’s own structural sinfulness, such as Pope John Paul II’s hesitation to acknowledge the Church’s participation in antisemitism. And, he said, the problem has resurfaced in the sex abuse scandal. We have seen not just abuse, but bishops and laity alike standing by without demanding that the structures and the ideologies within them change. This is particularly egregious, he argued, because it invokes God. He also challenged the reliance on synodality because, while it is a good idea, he noted that the Amazonian Synod and the more recent synod in Germany provided paths forward to the Vatican which rejected their input. (Later in the conversation, Marshall Potter corrected the record by raising up the synod in the Amazon and their final document as actually authoritative for the region, noting that Francis’s letter was not a rejection and actually upholds it as authoritative.) As for the Church’s capacity to change, Carroll noted that it can, and he has seen it.

Questions from the audience included topics such as how we can get the Church to be proactive instead of apologizing only when it gets “caught,” potential origins of the resistance to Francis, whether there is hope for reform of the priesthood, and what would have happened if the Archdiocese of Boston would have been appointed a different bishop following the departure of Cardinal Law.