Denis O’Brien’s calling in life extends well beyond the bottom line of a spreadsheet. The founder and chairman of the digital operator Digicel Group who honed his business acumen at Boston College, O’Brien MBA ’82 approaches his philanthropy with the same inventiveness and dedication that have made his business ventures so successful. Investing heavily in developing countries, O’Brien leverages business gains to support communities the world over, from his home country of Ireland to the Caribbean and Central America to the Pacific, and even to the Heights. To O’Brien, achievements in the boardroom are merely a springboard for philanthropic activity.

“I think the model of capitalism—make money, make money, make money—certainly in an emerging market, has to change,” he says. “Because if you’re a major multinational and you don’t do something decent in a country but make a substantial profit, you’re basically full of it. If someone wants to build a sustainable business in Africa, Asia, the Caribbean, South America, they’ve got to do some good in the community.”

Schooled as a businessman by his father’s example and his formation at the Heights—where he studied corporate finance—O’Brien has always prioritized education and infrastructure in his philanthropic endeavors. His upbringing on the outskirts of Dublin informs his passion for charitable work, as O’Brien makes a point to pay forward the assistance and generosity he received on the way to becoming one of the world’s leading entrepreneurs and humanitarians. We have an obligation to help uplift the developing world, he insists, crediting his mother, Iris O’Brien, for instilling in him this compassion for those in need, as well as the Jesuit values woven into his business studies at BC.

"My mother was a serial protester,” O’Brien says. “She took issue with President Reagan's foreign policy towards Nicaragua in the 1980s. On the very day I sold my business in Ireland in 2000, my mother ordered me down to the Russian embassy to protest against the treatment of the Chechens. As a child, she taught me about the developing world and, because of her, my siblings and I felt a bond with those less fortunate. This philosophy has travelled with me to this very day—as far as I am concerned, capitalism is broken. The greed that led to the Wall Street crash of 2008 reinforced that.” 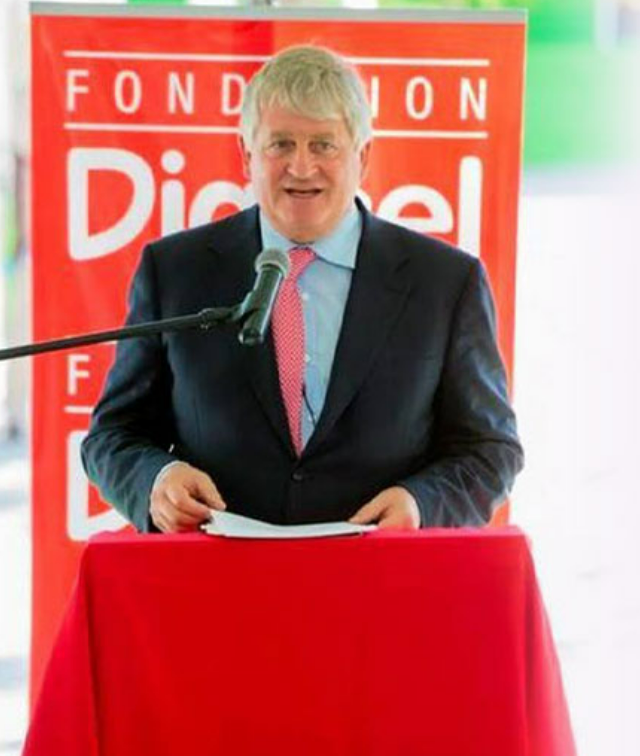 O’Brien’s impact as a change-maker can be seen across the globe, but especially in the countries where Digicel Group is a primary provider of affordable mobile networks. O’Brien founded the Digicel Foundation in 2001 with the goal of helping to create a world where no one is left behind. Under his direction, the Digicel Foundation invested more than $172 million in education, building schools and funding special needs and community programs.

In Haiti alone, the Digicel Foundation has constructed 185 schools, providing life-changing educational opportunities to 60,000-plus children in the wake of the devastating 2010 earthquake. To ensure the quality of education at these schools, training was also provided to 1,719 school directors and teachers. In Jamaica, the Digicel Foundation has expanded education capacity for special needs children with the provision of 10 Centers of Excellence and wheelchair ramps in 41 schools.

In his home country, O’Brien demonstrates a similarly robust commitment to fostering community and inclusivity for underserved people, serving as chairman of the Council of Patrons for Special Olympics Ireland. As a former scholarship student at the Carroll School of Management, he expressed his gratitude for that support by funding the O’Brien Fellowship, which provides assistance to MBA candidates who intend to enrich the Irish business world following graduation. Covering the full cost of tuition, living expenses, and travel, the fellowship has made a profound difference to the lives of nearly a dozen outstanding Irish Eagles. 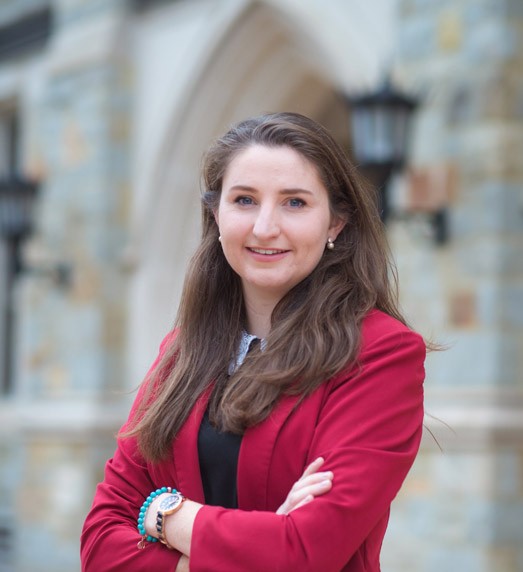 Studying at BC is an incredible advantage as I look to achieve my career goals. I have seen the value this program will have on both my management and leadership skills, and on building a strong global network.

In business as well as his charitable efforts, Denis O’Brien blazes a bold trail while holding the door open for those behind him. Where there is need, he doesn’t hesitate to provide people the resources and education crucial to their advancement. An exemplary Eagle, he embodies BC’s Jesuit, Catholic values and demonstrates the heights to which one can soar when they approach every day as a man or woman for others.