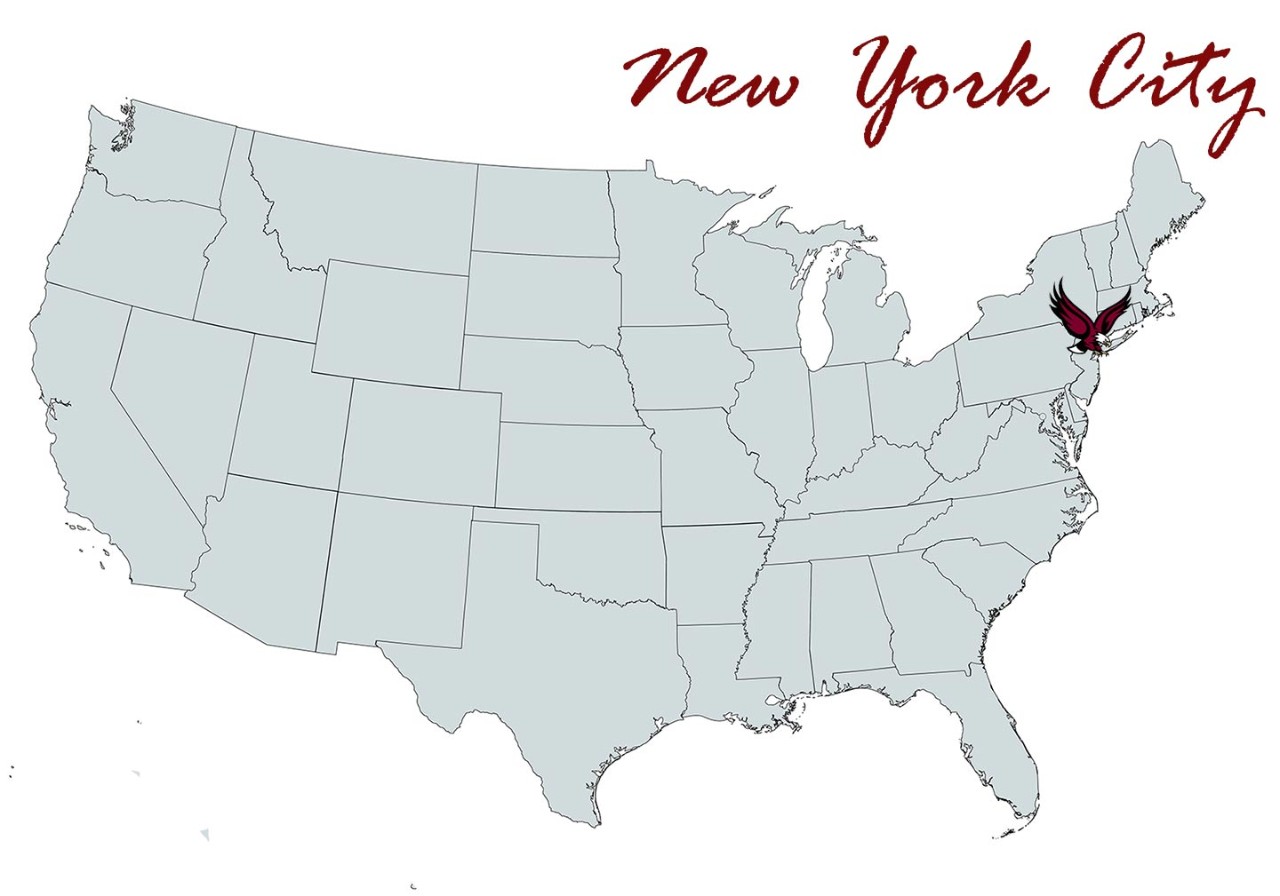 With over 26,000 Eagles in New York City, the chapter hosts over 10 events in a typical calendar year: gathering around BC gamewatches at bars around the city, catching the annual Sox vs Yankees game, social events on the Hudson, and so much more!

Favorite BC Memory: Everything about Commencement Ball: the tradition of getting trolleys and taking photos in Boston Common, the Ball, all the camaraderie throughout...everything except the knowledge that I'd soon be leaving BC.

Why did you get involved in your local chapter?: I missed BC since before I left and wanted to stay as close to it as possible - BCNYC's Chapter events soon became my lifeline back to BC, both growing old friendships and serving as a launchpad for many new ones. I started volunteering to make sure that tradition carries on for NYC Eagles.

What are your local favorites in your city?: Does Dewey's Pub count? (That's where we host our game watches). Aside from that I'd have to say I'm a big fan of spending time on rooftops.

Fun Fact: I won the BC housing lottery...kind of. My group was pick #5 for Senior year. I also still have my original Superfan shirt but these days only wear it for very important games. Don't worry, I've got newer ones from 5 year and 10 year reunions.

Favorite BC Memory: There are too many to choose from! During my senior year on the night of the Red Bandana game (against ranked USC) I happened to enter the stadium at the same time as Welles Crowther's mother, Allison, and had the opportunity to thank her for being such an inspiration in sharing Welles' story and continuing on his legacy. As the daughter of a retired FDNY firefighter, I really appreciated her kind words. And then we went on to win the game and storm the field!
Also, winning the hockey national championship my freshman year, attending the Beanpot tournament and cheering on the runners on Marathon Monday were also great memories.

Why did you get involved in your local chapter?: Getting involved with the NYC Chapter was one of the best decisions I made post-graduation. Most of my friends in college settled in different cities and I wanted to have the same sense of BC community in NYC. By getting involved with the NYC Chapter, I have met some of my best friends and graduates from a wide range of class years who I would have never encountered during my time at BC.

What are your local favorites in your city?: Does Dewey's Pub count? (That's where we host our game watches). Cask Bar & Kitchen and Tara Rose both in Murray Hill/Kips Bay are great restaurants! Bagels & Schmear is my go-to bagel spot. Aside from that I'd have to say I'm a big fan of spending time on rooftops.

Fun Fact: I studied abroad in Florence during the spring semester of my junior year.