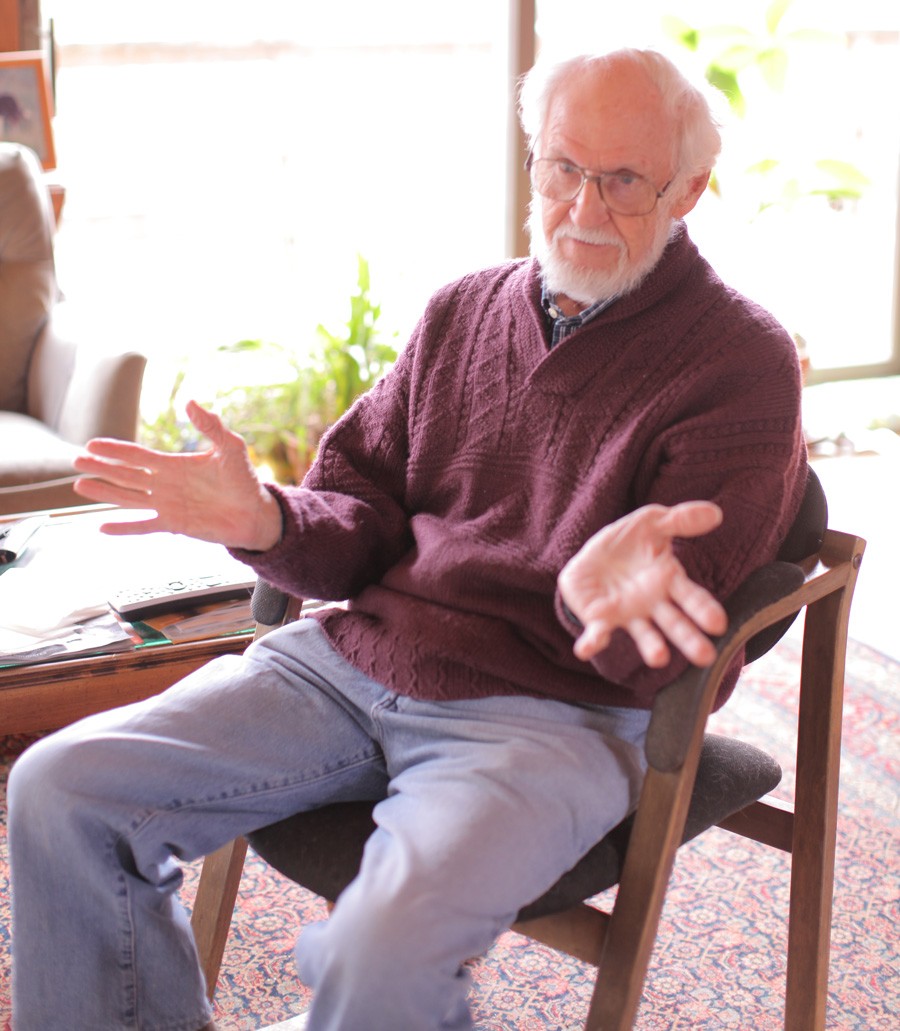 Poet Brendan Galvin ’60 graciously shared several unpublished poems with Boston College. They explore some of his most enduring passions: the sheepdogs he loves and the birds he watches avidly as they visit his porch; his beloved wife, Ellen, and the woman he loved after her death and then lost to cancer; and always the Truro landscape he has chronicled for much of his life.

Once it took the field
we forgot its ripsaw profile
and the tail barely a rope fray,
no rudder, and the whole
satchell-with-legs look of it
alongside the Sampsons
and Delilahs of the breed.
Locked in its work trance,
mind over sheep-fuddle,
streaking out low it collected
and bullied them as though
they were stray thoughts
of the shepherd who stood,
cap over brow, canny,
whistling his dog through all
the right moves: when
to charge, lie low, display
just the exact hint of threat
to back that big ewe down,
then go neat-footed, closing
the distance, adjusting
the angle, black-and-white
verb to the flock’s blackfooted
milling. How long after these canids
willingly approached our fires
did it take for some magus
to train one up to these workaday
marathons, this serious play
that involves everything from
pick-up-sticks to a log-roller’s
quickstep over the backs
of Charolais built like a herd
of tractors? Now it has queued
the flock up at the second gate,
walked them through it and home
again to that foxy whistler
who’s swapped his Wellingtons
for soft Italian loafers today.
The dog cuts two out of the flock,
melds them in again, heads them
toward the pen while a beauty
without vanity shimmers unaware
of itself over the rough field,
shivers the spine as—applause
like a smattering of stock doves
flying—the white gate closes.

A Thank-You On Lugh's Day

The first whip-poor-will in years
sings to adore the hour. Once
that American nightingale
deepened the colors of every
evening’s going, and I lay
in fresh pajamas and bathsoap,
letting the downstairs adult voices
talk me into the dark the way
Anne as a baby went to sleep
years ago (or was it yesterday?)
reciting Mama, Papa, naming
even Blackie and Tigger.
Four a.m. is time and voices,
distances and rooms, the surprise
that you were always here among
every thankful thing, and knew
the names of the flowers. And let’s
praise the grace or dumb luck
that shadowed us along the possible
sideroads and through the right doors
to Love, that led us to a Deerfield orchard
in bloom, and married us on the Celtic
feast of Lugh, god of the arts and harvests,
and thank the twin lights of Chanukah
and Christmas, that brought us to
46 Lughnasa mornings when we woke
to each other’s unguarded faces. 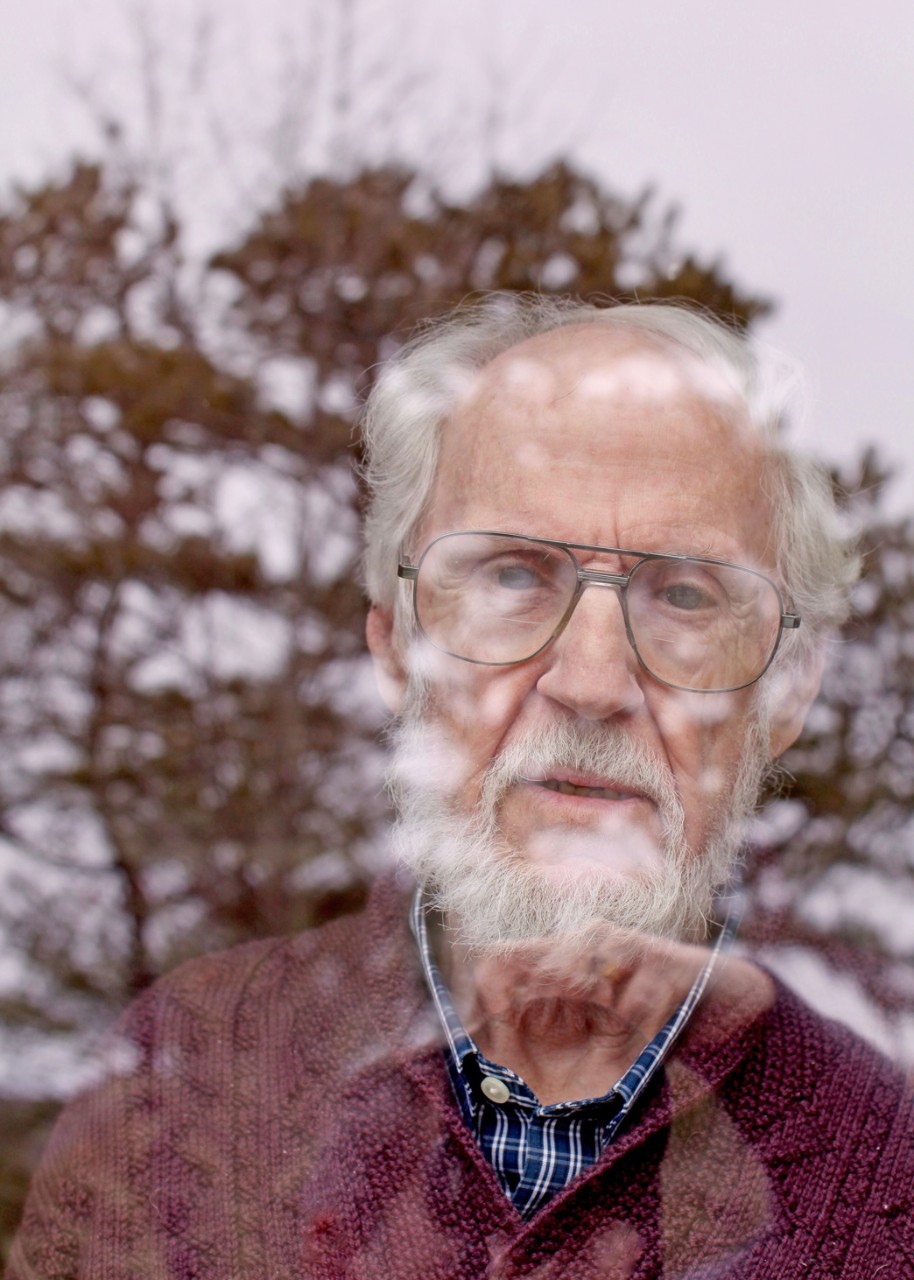 Another April morning snow here
on Egg Island, so I feed the woodstove
and think of you drinking coffee
across the barrier water on your
South Fork, wishing as we both do
that the ferry was direct, without
a three-state obstacle and sometimes
forbidding weather that spins off
Africa and tracks the Gulf Stream north.

Do we give storms human names and eyes
to personify the control we’ll never have,
since they are shape-shifters that could
shave our islands of all our Love
and us in an hour or less? Today I'm
stuck with memories of our first meeting
at the Mary Ellen’s off-ramp, when I said,
You’re beautiful. It was no lie, though
I’m serving time for it this morning.

1. Before the Wolf Moon

Are you early or late? That’s
what my father used to ask
when I dragged home sticky
and oiled from spraying roads
with asphalt, and what I want
to ask a yellow-throated warbler
as rain on my woodpile tarps
thickens to ice.

If it snows
again tonight the cardinal’s
suit of flame won’t even warm
imagination, but I’ll rise early
tomorrow and hang a chunk of suet
for that yellow-throated one
who’s lighter and more fleeting
than my pocket change,
and too far north to be delving
into pine cones for sustenance.

Come January, the locals will be
vocalizing in tangles of underbrush
and oak scrub, and hanging, feeding
on my rewards, or scrambling their flocks
like winged ampersands against the raptors,
and this yellow-throated southerner
will amount to a single week logged into
a field manual a half-century old.

When the north wind blew it
like a fireworks of feathers
at the windows and past the hanging suet
and seeds, I never saw any owl
or merlin, it was over that quickly,
and I hoped the victim wasn’t
a yellow-rumped warbler
as the blown colors hinted—
blue-gray, black-and-white, a touch
of lemon. First thing the following morning
I put out the feeders I retrieve
against raccoons before each sunset,
and faster than coffee can brew
the complete bird was there,
batting cleanup for crumbs on the railing,
the only warbler that winters on this coast,
surviving on bayberries, waiting around for
weevils, borers, maggots, grubs, sawflies,
things that make holes in other things.

Voices From The River

The visibility is zilch, like cold black coffee,
so I swim around down there till I bang
my head on a fender or hood—talk about
NFL concussions—then tie a buoy
on whatever’s available,
a mirror or door handle.
*
Effortless, spontaneous as joy,
the birds send up their common cry.
Our keelboat has pushed off
the snags again and passed over
sunken timbers. We have resisted
the dark again, and cannot wait
for today. Out beyond us,
where pinetops dovetail with the horizon
a whip-poor-will sings to detain the hour.

Who knows this river’s original name?
Tribal mapmakers drew these streams
without their bends and rapids, as though
the traveler’s route was a straight line,
and the name changed with
the occupying tribe.
*
If the vehicle’s
been down there long enough, sometimes
I can put my hand right through the body
like into a bag of chips. Then
the power-hose team comes out and they
blow the gunk off, or mostly, before
the tow truck can drag the car up.
*
I, Israel Whelan, Purveyor of Public Supplies,
bought these chips of metal and glass
you might think auto parts now
at the shops of Parker and Voigt, watchmakers.
Once these fractions were a chronometer.
*
Even ashore it looks so muddy a kid
in pre-school maybe tried to make a car
out of play-dough, except you still can’t tell
if it’s a ’56 DeSoto or a Hudson Terraplane.
So many down there when they lowered
the water to repair the dam it looked like
the parking lot for an underwater Walmart.
*
The white man gives us solid water
but shining like the sun, then shows us
our faces in it. When more come,
pale as snow and slow of thought,
clothed in animal skins unknown to us,

saying they are children of the Great Father,
and plowing the bones of our fathers,
laboring without laughter, how long before
no one will dare taste this stream,
or interpret its starlight
in the weak flicker of candles?

Who then will know the way
to the home of the Winter
Corn Spirits, or if Red Alder Creek
flows from the Wallacut River?

The Singing Water they call
Bald Head Rapids, where at the arrival
of the salmon, the woman of our tribe
with power over fish conducts her ceremony.
Each boy and girl is gifted
with a piece of the first caught.
*
Insurance fraud, murder, hotwired joyrides
from twenty-two states and the province
of Quebec, according to license plates. River’s
a huge wet magnet, Hammy Snyder says,
and pries the panels and compartments
for small fish trying to make it through
winter in a car.
*
Saturnism it was called, and later
Painter’s Colic, because the wines
and pigments they favored created
gout, fatigue, delusions sometimes,
toothlessness, depression,
cadaverousness. Water above
fifteen parts per billion
and we call it lead poisoning.

Batteries, auto repair workers, gasoline,
water pipes, even roofing materials, pottery glazes,
cosmetics, and of course paint.
Even today a housepainter who begins
espousing the irrational on a regular basis
may be diagnosed with Saturnism.
*
Sometimes Hammy pours
bucketfuls of hornpouts and bluegills
back into the water. But before
the fishing Trooper Lucey has to check
front and back for bodies. If he says,
We got another Swamp-thing,
the rest of us head for the trees. 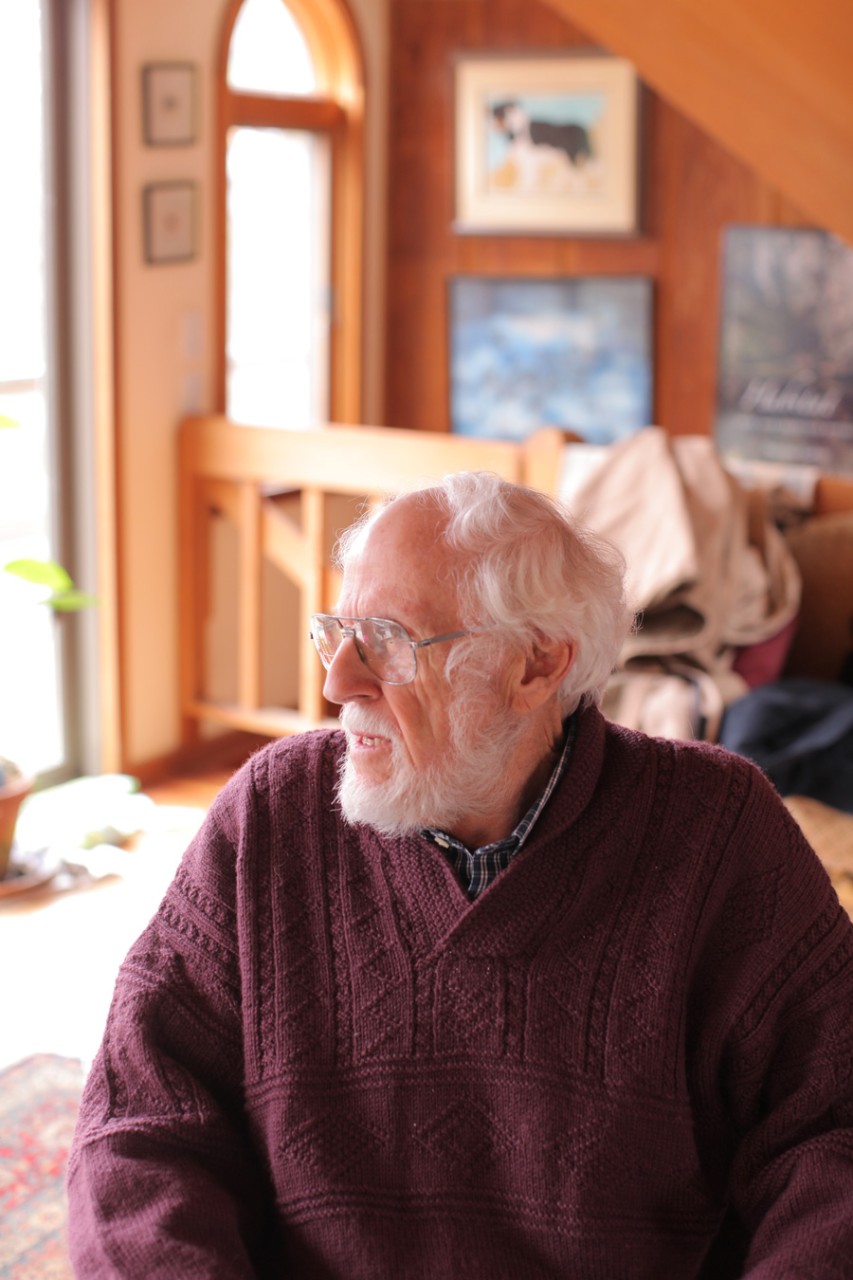 Worm-eating warbler at first,
waiting your turn after the jays
and blackbirds at the suet,
but no worm, and a cinnamon cap
instead of headstripes. Fifty years here
and as the ice caps melt
the tides grow higher and deeper
out of the North, and from
the low-country south of swamps
and river bottoms new birds migrate.

Last August a pair of swallowtail kites,
and now a Swainson’s warbler, you,
rare even to ornithologists, hardly seen
north of the Chesapeake let alone here
in coastal Massachusetts, where maybe
six is the all-time count. Your name
translates to “Marshy Lake,”
and here you are by Heron Pond.

As for me, I’ve logged Manx shearwaters
and hoopoes, wheatears and various wagtails,
a couple of Africa-bound turnstones
on a freighter’s rail, even flown
to the chachalacas and chukars.

Hunting sustenance, you skulk and shuffle
along the ground, overturning leaves,
flipping fodder, a monotype, one of a kind.
Therefore I will not turn you in for any notice
or official count. Let the flyway
that passes my door keep our secrets.