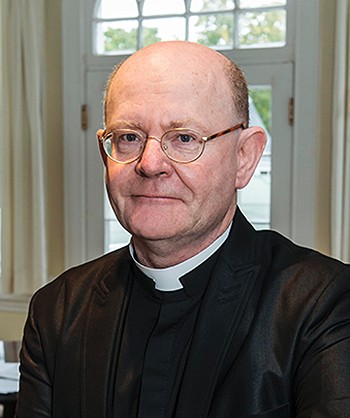 Oliver P. Rafferty, S.J. is a Jesuit priest and a native of Belfast, Northern Ireland. He has written extensively on Ireland in the 19th and 20th centuries and has also written on the relationship between the Catholic Church and the state in Northern Ireland from the formation of the state to the present. He is the author of several dozen articles at a scholarly level and very many at the popular level, all touching on the situation in Ireland. He is also the co-author of four books as well as the sole author of four: Violence, Politics and Catholicism in Ireland (Four Courts Press, 2016); The Catholic Church and the Protestant State: 19th Century Irish Realities (Dublin: Four Courts Press); The Church, The State and The Fenian Threat, 1861-75 (London: Macmillan; New York: St. Martin’s Press); and Catholicism in Ulster 1603-1983: An Interpretive History (London: Hurst & Co.; Dublin: Gill & MacMillan; Columbia: University of South Carolina Press).